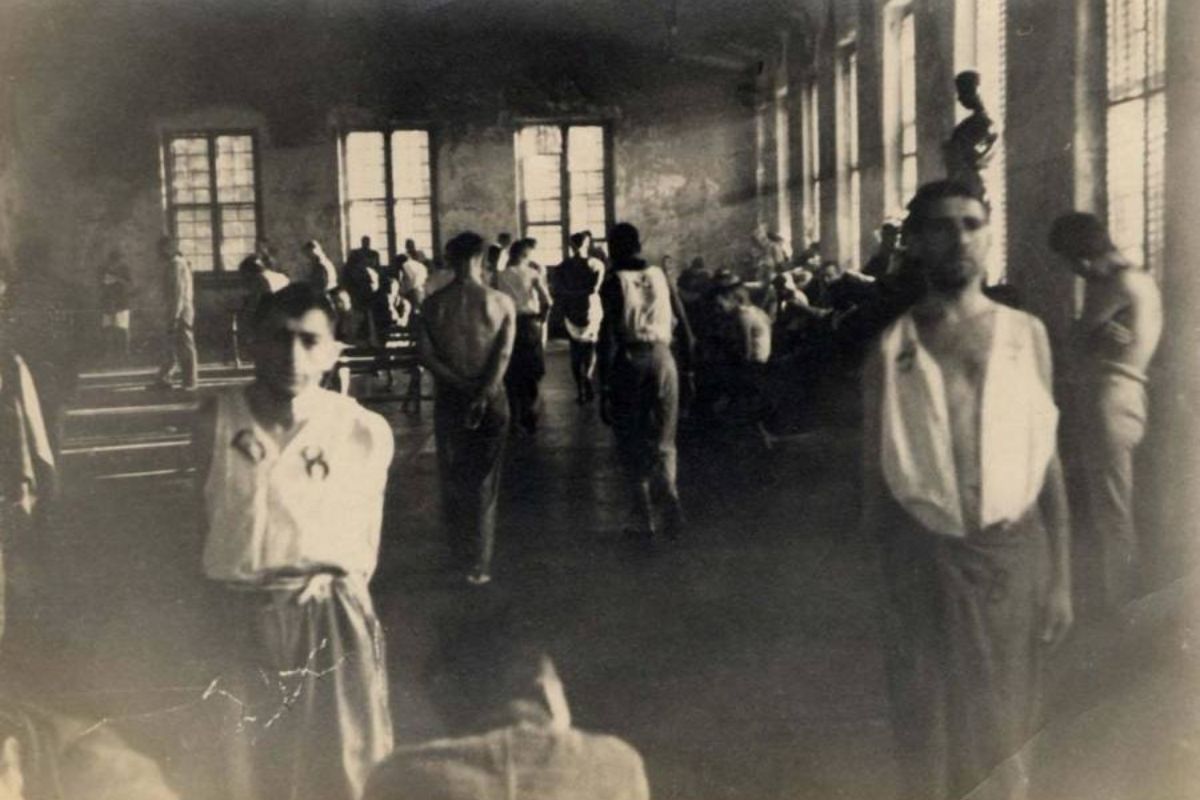 Horrific works like American Horror Story: Asylum, One Flew Over the Cuckoo’s Nest, and Shutter Island took inspiration from the real-life, awful conditions of the Philadelphia State Hospital at Byberry. This Pennsylvania mental hospital has gone down in infamy for its rampant abuse of patients by careless staff members. Byberry opened its doors in 1907 and despite an eye-opening exposé by Life Magazine in 1946, patient mistreatment continued well into the 1980’s. So why did the Philadelphia State Hospital get away with it? And just how bad did it get?

The History of Mental Health Care in Pennsylvania

In 1751, Benjamin Franklin and a group of fellow Quakers founded America’s first hospital for the mentally ill. Franklin voted that the Pennsylvania government should grant public funds to such centers where, “persons who languish in pain and misery… under disorders of the body and mind may be comfortably subsisted.” This was an early step in Franklin’s shaping the state of Pennsylvania; he would go on to found the University of Pennsylvania, as well as Philadelphia’s first library and fire department. (And also, the United States.) Franklin’s deep belief in civic duty extended to caring for for the mentally ill. Although the discipline of psychiatry had net yet emerged, this figure of American Enlightenment believed in public welfare and society’s shared responsibility to humanely house people with cognitive differences.

So in the city that reveres Benjamin Franklin’s careful planning — the city of “Brotherly Love” — it might shock you to learn the history of one mental hospital in Northeast Philadelphia. It has gone by many names — Philadelphia State Hospital, Byberry State Hospital, Byberry City Farms, the Philadelphia Hospital for Mental Diseases, and colloquially, an “insane asylum,” — but none of these rebrandings affected conditions on the inside. Typically referred to as Byberry for short, the hospital began as a private work farm for the mentally ill in 1907. The farm expanded into a full hospital located in Philly’s Somerton neighborhood, as emerging psychological theories suggested that the mentally ill be strictly separated from the rest of the population. (This belief derived mainly from the work of Dr. Benjamin Rush, another Pennsylvania native.) Throughout the early 1900’s, an influx of patients transferred to Byberry from Philadelphia General Hospital.

In 1936, the psychiatric hospital was turned over to the state and officially became the Philadelphia State Hospital at Byberry. It continued to house a variety of mental patients; at the time, “mentally ill” was an umbrella term for a diverse range of disorders. This resulted in innocuous people with mental challenges being crowded up against the violent or criminally insane. The most detailed accounts of those practices at Byberry come from Albert Q. Maisel’s exposé for Life Magazine, “Bedlam 1946.”

Attempts to Expose the Asylum

In the investigative work, “Bedlam 1946,” Albert Q. Maisel’s revealed the shocking depths of Byberry’s disgusting environment. A “hospital” in name only, each of Maisel’s images sounds plucked straight from Stephen King: a basement ward called the “Dungeon,” a “starvation diet” for stark naked patients, pushed togther in impossibly close, dark quarters. Rats, feeding off victims in the basement morgue, found more food than the patients themselves. The morgue was always full. Frequent murders took place at Byberry, along with constant beatings falling “just short of manslaughter.” Thousands of patients, prisoners really, spent their wasted days locked in “restraints,” which Maisel acknowledged as a euphemism for painfully binding leather handcuffs. Abject terror ruled at Byberry.

Published in the wake of World War II, Albert Q. Maisel’s chill account horrified Americans who couldn’t believe that a place so resemebling Nazi concentration camps was right there in Philly limits — on Roosevelt Boulevard. Around the same time that Maisel conducted his research, thousands conscientious objectors to the war had been assigned to work in state mental hospitals around the country. As most hospital staffing was undertrained and underpaid, this rush of pacifist workers spoke out against rampant patient abuse and called for deinstitutionalization. One of these conscientious objectors, Charlie Lord, photographed the grave living conditions at Byberry. Alongside “Bedlam 1946,” the photos and journalism offer an undeniably powerful picture of the truth. In his 1948 book, The Shame of the States, Albert Deutsch went even further to expose Byberry and call for mental health reform. First Lady Eleanor Roosevelt even pledged to the cause.

So why did it take until 1990 for Byberry Mental Hospital to close its doors for good?

The End of Byberry

Despite the negative publicity, Byberry remained open for four decades following the publication of Albert Deutsch’s The Shame of the States. The 1950’s in America did not bring any radical changes in mental illness awareness, or even mental health facility basic care. In the 1960’s, Byberry staff was downsized due to budget constraits, a diminishing pattern which continued until Byberry’s ultimate condemnation.

In the mid-1980’s, Byberry made news again for patient abuse which was investigated, and confirmed. The claims included pulling out a patient’s teeth without Novacaine, prolonged malnutrition, and the misplacement of violent criminals. Investigating teams called their findings “atrocious” and “irreversable.” In 1987, a press conference was held which revealed that the Philadelphia State Hospital at Byberry. It took almost two years for the facility to collect the Philadelphia records necessary to transfer the hundreds of patients. Most were rehoused to Norristown State Hospital or other community homes.

As Byberry had always thrived on negect, it now sits abandoned on Philadelphia’s Roosevelt Boulevard. Due to asbestos concerns, the buildings were not demolished. In turn, Byberry became a hotspot for vandals and urban explorers who take pride in excavating this gloomy piece of Pennsylvania history. No doubt, the stigma around mental asylums makes for a creepy time running through the abandoned, graffitied halls. In 2006, the city boarded finally up the windows at Byberry, although this reportedly has just made it easier for those entering to conceal themselves. Even in this period of ruin, those inside Byberry manage to get away with just about anything.

SCARED! Inside the abandoned hospital