After he walked into Nordstrom, his life completely changed 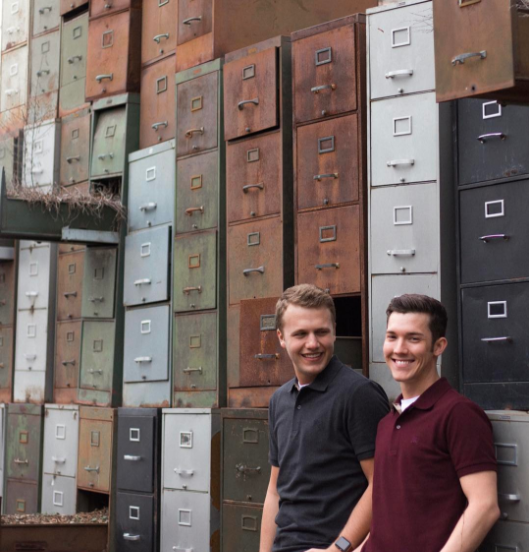 When Mark was in Atlanta to visit with his family, he make a quick pit stop in Nordstrom for a little retail therapy. Well, this shopping trip took a completely different turn when he laid his eyes on Nordstrom’s store manager, Justin.

Justin had moved to Atlanta two weeks prior and was doing his best to adapt to this big new city — he definitely wasn’t in Kansas anymore. Mark nervously approached Justin with the intention of scoring a date.

“When Mark approached me, I was a little caught off guard. This guy was so attractive and so sweet. I had just moved to Atlanta, and I literally only knew people who worked in the store. I figured I didn’t have anything to lose, so I agreed to grab some pizza at the local bistro.”

This spontaneous lunch date sparked a passionate flame that neither individual knew was possible. The instantly connected. Their conversation was natural, and their mutual attraction was obvious. The fire was lit, and it wasn’t going out anytime soon.

Mark couldn’t stay in Atlanta forever; he was in the process of moving his things to Charleston. The move continued, but Mark found himself returning to Atlanta almost every other weekend.

“I knew there was something really special about Justin. When you find someone that you naturally connect with on every level, you can’t just let them go. We connected, and I needed to see if what I was feeling was love. I was coming back to Atlanta almost every other weekend to spend time with him. When we weren’t together, we were constantly Snapchatting. I felt like I was seeing him all the time, and I couldn’t get enough of it.”

When Mark decided that Justin was something special, he knew it was time for Justin to meet his family. This was a huge deal. Mark was very close with his family, and if they didn’t like Justin, this relationship may not pan out.

But he had nothing to worry about.

“When Justin met my family, it went better than I ever could have expected. My family truly fell in love with him. It really felt like he was the missing piece. Again, everything was very natural.”

When Mark realized that he couldn’t live without Justin, he knew he had to ask for his hand in marriage. He wanted to make it very special and unexpected, and that’s exactly what he did.

“I proposed to Justin on January 1st, at midnight. We were on a rooftop in Charleston, and it truly was so beautiful. The view was awesome, and we were surrounded by family. What made it even more special was the fact that our proposal anniversary is the same as my parents’ anniversary.”

When they were planning their wedding, and the rest of their lives at that, they both agreed that they wanted a traditional marriage. Justin explained that him and Mark being on the same page once again made this an easy transition into their marriage.

“When we tell people that we are a very traditional couple, most of the time people don’t know what that means. Well, going into marriage, we knew from the beginning that we wanted to go through marriage counseling. The whole experience was incredible. It was so great spending time, really focusing on our relationship and working on areas that needed a little extra help. That communication and our faith in God has really made our relationship so strong. We also cannot wait to expand our family. Children are something that each of us have always wanted, but that’s in God’s hands. When it’s time to expand our family and adopt a child in need, we know God will make that clear.”

From the beginning, this couple’s relationship has been based on their faith, family, support and work toward a successful feature. They have gone through their ups and downs, but sitting on the foundation they are on, they know that at the end of the day, their love will last a lifetime.

“Justin and I have a traditionally un-traditional relationship. We clicked from the very beginning and it just keeps getting better. In saying that, I don’t want people to think that we’re perfect. We have had to overcome struggles of our own, but it has made us stronger. We aren’t perfect, but we are perfectly imperfect.”