A Rare Pink Moon Will Lights Up The Sky on April 26! 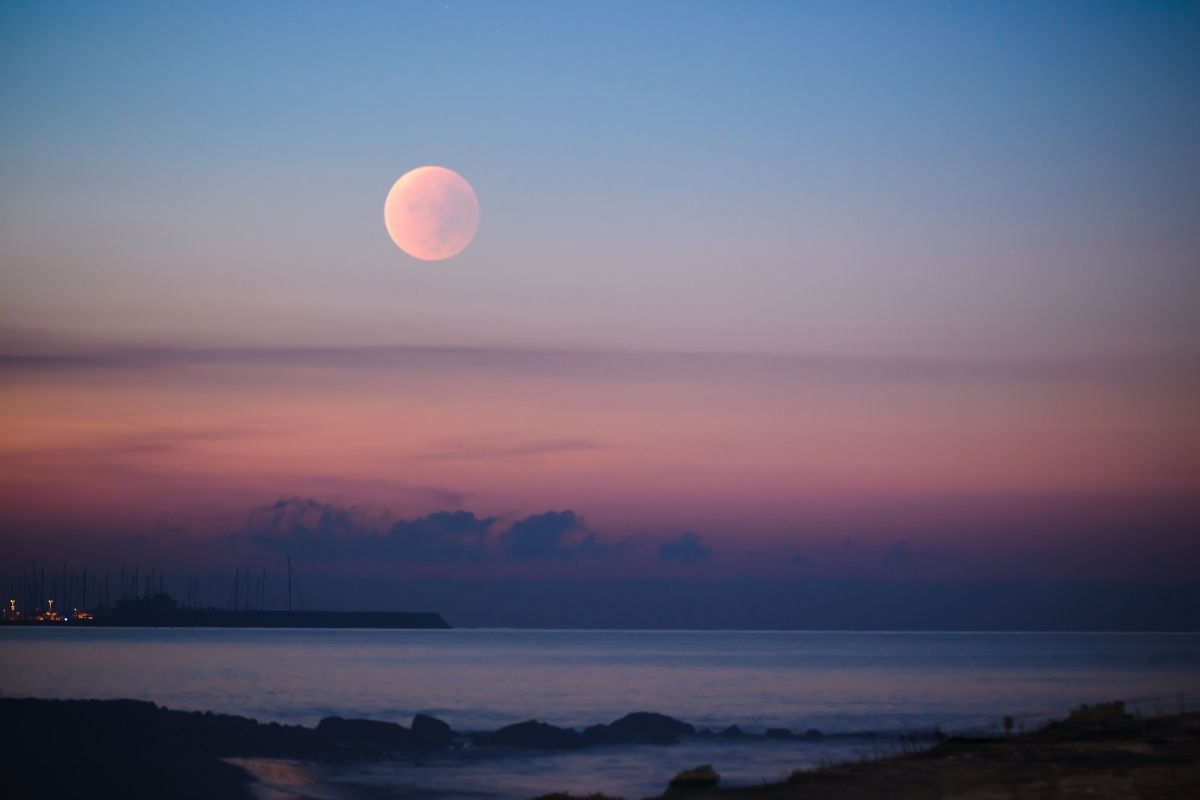 It looks like we are ending the month with a very colorful night sky. The final week of April will kick off with a Full Moon, known as the Pink Moon. Not only that but this is also known as a Super Moon. The Moon will officially become full at 11:32 p.m. ET on Monday, April 26. It will look full when it rises above the Eastern Horizon that evening. However, before you get your hopes up, unfortunately, the Moon won’t look pink. According to The Old Farmer’s Almanac, “The moon will be its usual golden color near the horizon and fade to a bright white as it glides overhead,” the Almanac said.

So why is it called a pink moon? Well, according to the Almanac, “April?s Full Moon often corresponded with the early springtime blooms of a certain pink wildflower native to eastern North America: Phlox subulata ? commonly called creeping phlox or moss phlox ? which also went by the name ‘moss pink.'”

A Rare Super Pink Moon Is Coming In April 2021

NASA also stated that other names for this Moon include the Egg Moon, the Sprouting Grass Moon, and among the coastal tribes of North America, the Fish Moon. This was due to when the shad swam upstream to spawn. Fun fact, this is the first of two Supermoons this year. Supermoons usually occur when the Full Moon is at its closest approach to Earth and its orbit. The Moon appears larger due to the distance of 222,064 miles versus an average of 240,000 Miles.

According to Space.com, the Moon looks a little bit bigger and brighter at this time. On average, Super moons are around 7% bigger and around 50% brighter than a typical Full Moon. The term Supermoon was created in 1979 by astrologer Richard Nolle. The term has then become increasingly popular in decades since then. According to NASA, it is now used by the media today in order to describe what astronomers would call a Perigean Full Moon.

NASA also stated that several different publications are and organizations use slightly different thresholds for deciding which Full Moons actually qualify as a Supermoon. But for this year, they all agree that two Full Moons in April and May are indeed supermoons. The next Full Moon will occur on May 26th.

Watch: The View From These Dark-Sky Parks Will Leave You Speechless