Nope! These Aren’t Ladybugs in Your House — They’re Something Much Worse! 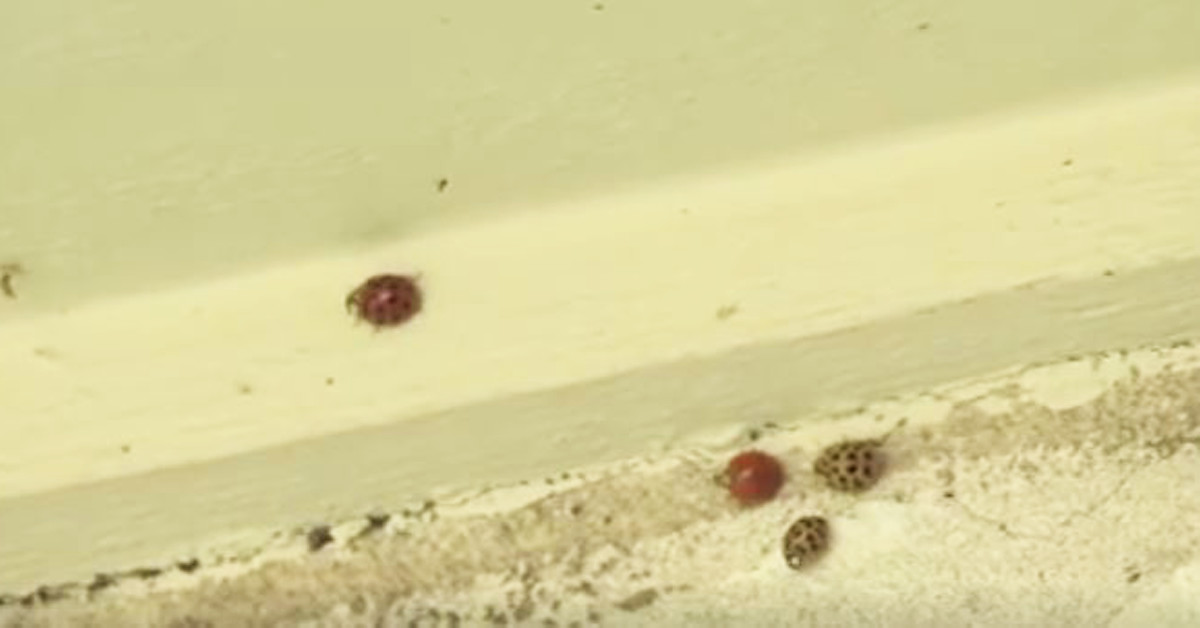 What’s cuter than an invasion of ladybugs? Arguably nothing. What’s less cute? An invasion of Asian Lady Beetles. Although Central Texans might be seeing a lot of what look like ladybugs this winter, Texas Parks and Wildlife clarified on Facebook that they may, in fact, be a non-native species of ladybugs, Asian Lady Beetles. And this particularly bothersome species is not limited to Texas.

What are Asian Lady Beetles?

Multicolored Asian Lady Beetles become a headache in the fall as adults are attracted to buildings and outcroppings in search of overwintering sites, where they’ll stay until the spring when they become active again. It’s a never-ending life cycle.

This species is about 1/4 inch long, yellow-orange to dark orange-red in color, often with several black spots on the back. Eggs are laid in clusters on the underside of leaves. The average time between egg and adult is about one month, so there are several generations a year. In the fall, adult beetles are attracted to brightness and therefore tend to congregate on the southwest (sunnier) side of most buildings. Common aggregation sites include crevices around window and door frames, sealing cracks, utility pipes, exhaust vents, garages, and outbuildings, beneath exterior siding and roof shingles, and within wall voids, attics, etc.

What’s the difference between ladybugs and Asian Lady Beetles?

What’s the difference between the two doppel-beetles? Terrifyingly, and most notably, Asian lady beetles actually bite, KEYE reports. “They have a habit of tasting things they land on,” University of Texas entomologist Dr. Alex Wild told KEYE. Additionally, Asian Lady Beetles are not native to Texas, or the United States for that matter. The Japanese insect was purposefully introduced to several southern states beginning in the 1960s as pest control. The species present in some of these states has grown majorly since its introduction, expanding in large numbers.

According to the University of Kentucky’s College of Agriculture, Asian Lady Beetles “are attracted to illuminated surfaces” (like sunlit walls) and “are such a nuisance” in some parts of the U.S. come autumn or spring “that they affect quality of life.” The insect tends to infest buildings during the fall in search of warmth before winter and can leave a yellow stain on surfaces it touches. Then they re-emerge as the weather warms up.

How can you get rid of Asian Lady Beetles?

Tips for ridding your home of these ladybug “nuisance” impostors? Wild suggests a vacuum cleaner. There are also insect light traps that could attract Asian Lady Beetles in dark areas like attics or closet.

Pest control sites also recommend keeping them from entering your house in the first place: seal gaps and cracks around doors and windows to be sure Asian Lady Beetles can’t gain access. Look closely for access points around your attic especially: chimneys, soffits, gable vents and openings around pipes or utility wires.

If you’ve tried all of these things and STILL find Asian Lady Beetles in your house, it might be time to contact a professional exterminator.

The Atlanta Journal-Constitution and Cox Media Group contributed to this report.