Whether having to do with the actual insect, or a wiry biker with the nickname, anything involving something called “wasp” should be kept away from one’s vagina — the only exception being a white Episcopalian gynocologist.

For reasons that are as insane as the actual act of putting a wasp nest in your vagina, some women have decided that putting wasp nests in their vaginas is a great natural way to, um, tighten said vaginas. Why? No idea.

Somehow this is a real thing, and it’s even gone so far as to be sold on Etsy and Amazon as some sort of herbal remedy. 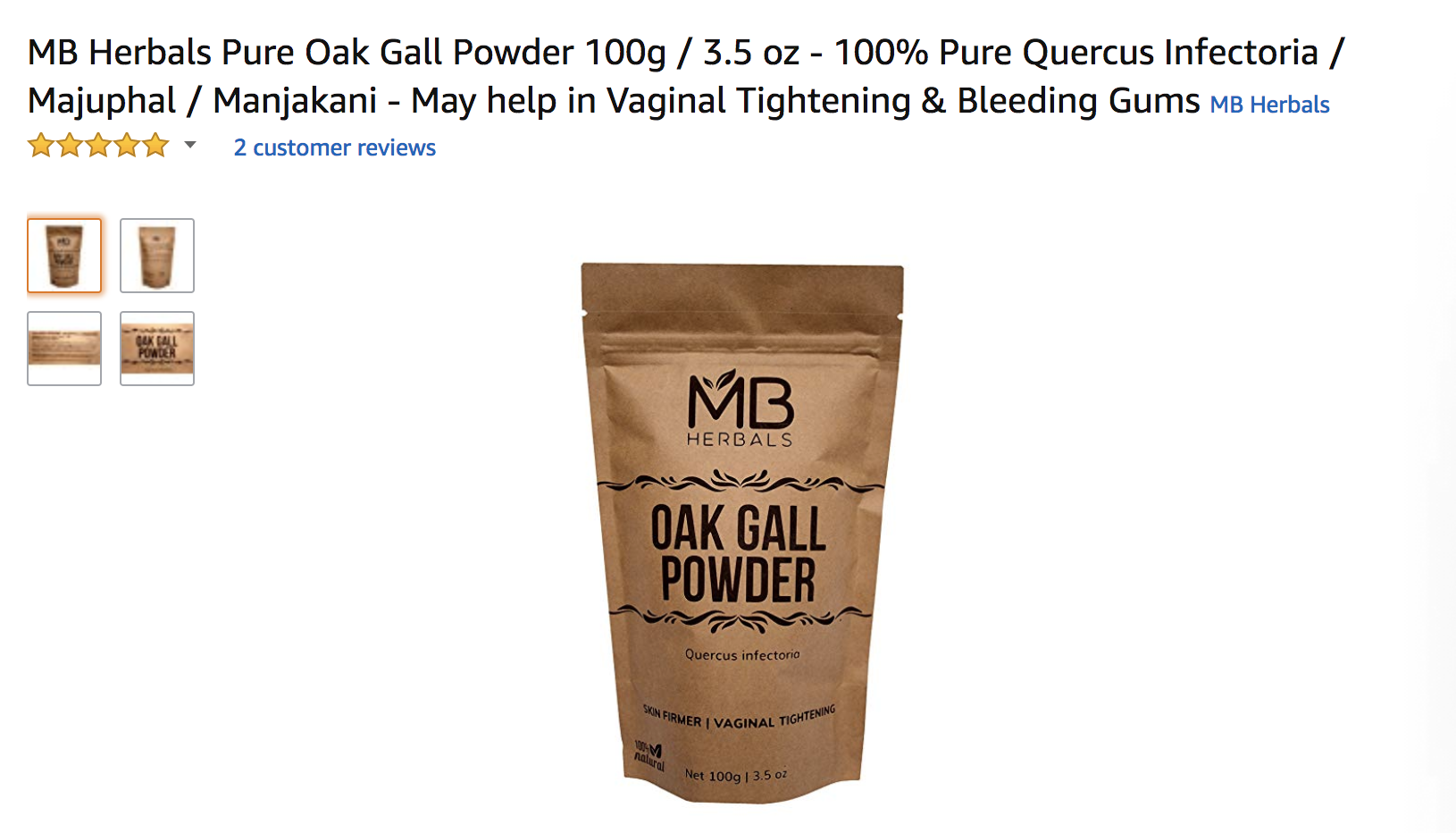 According to the page, Oak Gall can (maybe, no guarantees!) help with vaginal tightness and vaginal odor. But wait, that’s not all! It’s also (maybe) great for mouth health, and can (possibly) prevent bad breath and bleeding gums.

Wow. Who knew this useless, bizarre new trend had so many unconfirmed uses?

Look, far be it from me, a vagina-less man with absolutely zero medical education, to tell any woman how to take care of their vaginas. That being said, despite my total lack of qualifications to speak on women’s health, I feel safe in my assertion that you should not be putting wasp nests into your privates. I’m also not a proctologist, but I’m pretty sure people probably shouldn’t be jamming beehives up their butts either.

Don’t just take my dumb word for it though. Real doctors think it’s trash too. Dr. Jen Gunter, a Canadian OB-GYN, pretty much dismisses Oak Gall outright in one of her blog posts, saying the claims about its “healing properties” are dubious at best and that its purveyors are conflating “vaginal tightness” with vaginal dryness. The title of the post is literally, “Don’t put ground up wasp nest in your vagina.”

According to Dr. Gunter, using Oak Gall can destroy the good bacteria in the vagina, as well as its protective mucous layer. That increases the risk for HIV transmission and vaginal abrasions, neither of which is all that great for someone’s sex life.

So yeah, what she said. Don’t do that.

Read More: What Animal Kills the Most Human Beings Each Year?