Your Quintessential Guide to Vacationing the Best Places in New England 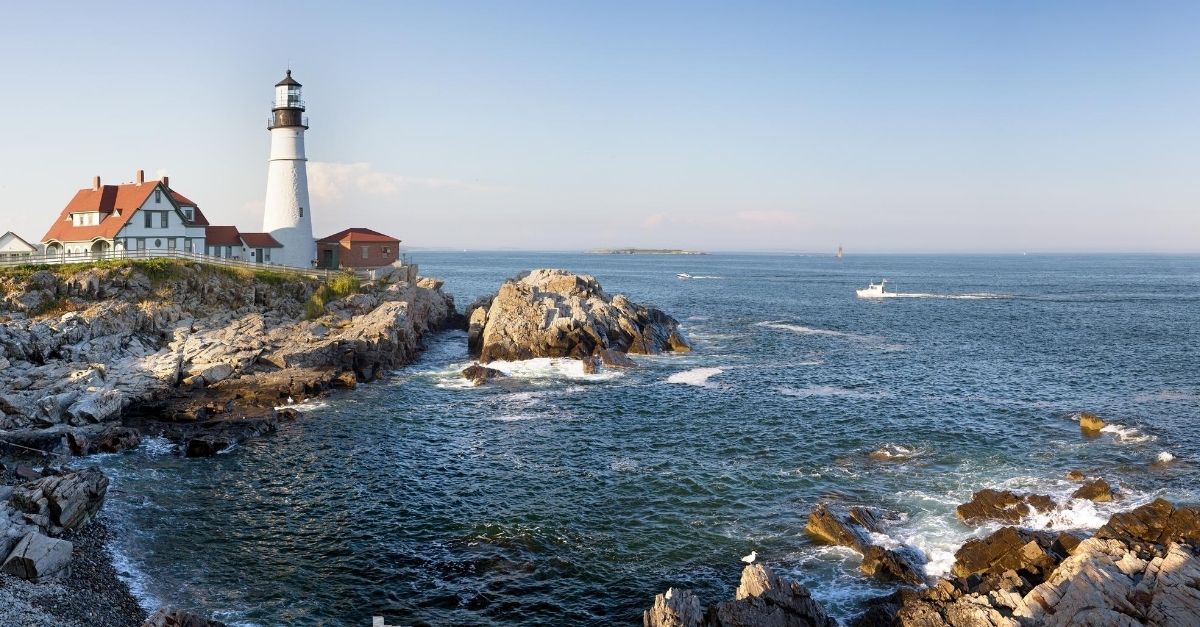 When I hear the word “vacation,” it’s hard not to think about going out of the country or going to the beach for the summer. My mind gravitates to the West Coast or the beaches along the Southeast areas of the US, since that’s where my family and I frequented growing up. However, New England has always been known as an area to hit, with many incredibly notable spots to check out. It’s the upper Northeast area of the US that includes Maine, Vermont, New Hampshire, Massachusetts, Connecticut, and Rhode Island.

So how do you tackle six states in a reasonable amount of vacation time? Well, here are some of the best spots to check out for the perfect weekend getaway.

#ThisWeekatAcadia features scenes from above, on, and below the water, park signs and moments from various mountain summits. Curious to see more "behind-the-scenes" from us? Check back each week for moments from the field, office, and everywhere in between. Photo 1: A split view showing above and below water in this intertidal zone. NPS Photo/Crystal Lewis Photo 2: A junior ranger celebrates with a socially distant “air” high five on the summit of Penobscot Mountain. NPS Photo/Mariah Reading Photo 3: Visitor stands along the trail to Bald Peak. NPS Photo/Kat Connelly Photo 4: Old park signs of all shapes and sizes cover the walls in a repair shop. NPS Photo/Kat Connelly Photo 5: A view of Champlain Mountain from the water. NPS Photo/Katherine Strain Photo 6: A park ranger inspects macro invertebrates while dipnetting. NPS Photo/Bre Brown Photo 7: A sea star is just one of the many invertebrates found in the intertidal zone of the park. NPS Photo/Crystal Lewis #AcadiaNPS #parkrangers #behindthescenes

This 47,000 acre’d area borders the Atlantic coast, taking over Maine’s Mount Desert Island. Here is where you can get your fill of a variety of some of nature’s prettiest assets from woodlands to rocky beaches. You can visit Cadillac Mountain, the highest point on the East Coast of the US, known for its glacier-scoured granite peaks, and wildlife consisting of moose, bear, whales, and seabirds. Bar Harbor is the popularly known bayside town that encapsulates the seashore atmosphere and where you can munch of the famous Maine Lobster.

The #Mayflower II is headed home. The replica ship and its crew left Buzzards Bay on Monday morning for a journey through the Cape Cod Canal for the last leg to its homeport in #Plymouth. Merrily Cassidy / #CapeCod Times

This popular vacation spot is the hook-shaped peninsula of Massachusetts. The area is full of culture, with art, breweries, wineries, restaurants, outdoor activities, and whale watching giving visitors plenty of things to do. The John F. Kennedy Museum is on the Kennedy Legacy Trail downtown, and you can take a ferry to visit the famous resort islands that everyone’s heard of including Martha’s Vineyard and Nantucket.

For all the hikers out there, New England has more than enough places for you to check out. The White Mountains are a favorited mountain range, actually the most rugged in New England, that actually take up a solid section of New Hampshire into a small part of Maine. They are the part of the northern Appalachian Mountains and are worth taking an adventure through.

This town is located in southern Maine and is worth stopping through. Goose Rocks Beach and Arundel Beach are popular beaches to visit and you can check out the historical 1833 Goat Island Lighthouse in Cape Porpoise. The town also has the Seashore Trolley Museum which is known for its huge display of streetcars. The 1887 St. Ann’s Episcopal Church is a beautiful stone church with an oceanic view is also worth checking out.

This rural and mountainous region in western Massachusetts is a popular vacation spot because of its outdoor activities. Known for its annual festivals, the town comes alive with its freshly farmed food and artistic scene. Tourists also come to watch the Boston Symphony Orchestra, who has a residency at the Lenox’s Tanglewood Music Center.

Looking for a new perspective? HeliBlock (@heliblock) has got you covered! Offering 3 different helicopter tours of Block Island, you don’t want to miss out any of them! Visit them on their website, https://heliblocktours.com/tours-from-block-island/ , or call them at (401) 859-1001 to learn more!

Just South of Rhode Island, Block Island is noted by its light houses, including the Southeast Lighthouse, an 1800s red-brick lighthouse that sits on top of Mohegan Bluffs’ clay cliffs and the North Lighthouse, which was built in 1867 on the island’s northern tip. Along with its rocky beautiful beaches, the island has popular sandy beaches including Crescent Beach. Sachem Pond is home to gulls and swallows and its National Wildlife Refuge is where you can see migratory songbirds.

After work hike up to see the sun set over the Green Mountains, Lake Champlain, and Adirondacks. Back home in time for dinner. Going to miss this place soooo much! #❤️ #madrivervalley #warrenvt #spangshemicovidadventure

As the nation’s sixth largest lake, this freshwater spot is popular for boating, ice fishing, and exploring nearby towns and parks. Normally associated with Vermont, the lake actually also borders the Canadian province of Quebec. The region is known for its events such as the Adirondack Harvest Festival and the Essex County Fair. The place is favorite camping spot as well and has historical spots worth scouring.

The front hall of Mark Twain's house was designed to be a stunner with ornate stenciling, doors that allowed glimpses into other sumptuous rooms, and a staircase that a provides a view up to the third floor. Come take a tour of the unforgettable home of the Clemens Family today! MarkTwainHouse.org for info and tickets. #marktwain #marktwainhouse #hartfordhasit #hartford #hartfordct #hartfordconnecticut #ctaintsobad #ctvisit #visitct #connecticut #history #cthistory

This major city is a park and museum goldmine. Tourists come to the city to check out the Mark Twain House, the Wadsworth Atheneum Museum, and the Harriet Beecher Stowe Center. The Bushnell Park Carousel and Elizabeth Park Conservancy are family friendly places to do things with the kids while enjoying the city’s culture.

Undoubtedly, this is just a small, specific list compared to the absolute multitude of places you could visit in New England. Other cities to visit include seaside towns Newport and Providence in Rhode Island, and Rockport in Massachusetts. If you need a change up from the typical hot summer vacation destination, go check out the lighthouses, history, art galleries, and seafood culture out in the Northeast.

Watch: The Kentucky Bourbon Trail: Why You Need to Visit Before You Die