Why More Than 1,000 Bob Ross Paintings are Secretly Kept Away 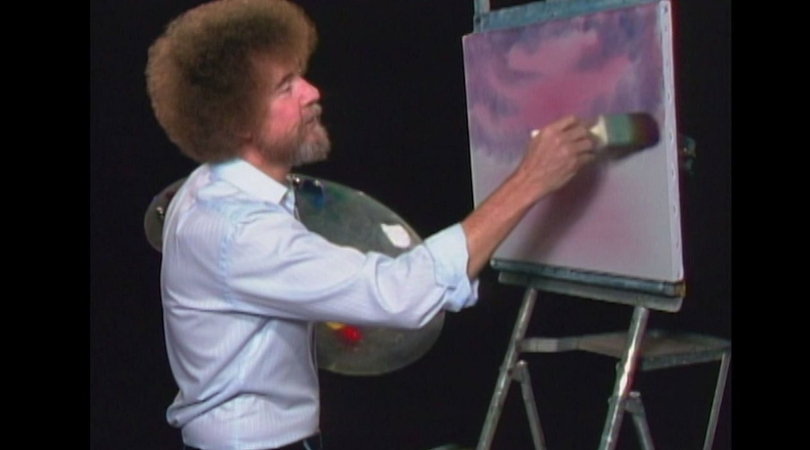 Bob Ross is possibly one of the most famous people to hail from Daytona, Florida. Made famous by his special The Joy of Painting aired on the PBS station. Bob Ross is speculated to have painted over 30,000 paintings throughout his lifetime. Over a thousand of them were done on The Joy of Painting. I cannot tell you how many times I have thought or heard someone else wonder aloud, “what happened to all of those Bob Ross paintings?” Recently, the New York Times found us the answer.

Turns out they are still around! They are in Herndon, Virginia at the Bob Ross Inc. office. It’s nothing crazy fancy, just a little office with boxes, and desks, and tons of valuable Bob Ross paintings. If you’re wondering who these people are they are the Kowalski family and a few choice others. Joan Kowalski is the president of Bob Ross Inc. She is also the daughter of Annette Kowalski- the woman who blessed us with Bob Ross. As in, she discovered him. Teaching painting classes in Clearwater Florida.

“The secret to doing anything is believing that you can do it. Anything that you believe you can do strong enough, you can do. Anything. As long as you believe.” #BobRoss #bobrossdaily #painter #teacher #thejoyofpainting #canvas #oil #painting #ig #ignation #igdaily #instamood #instagood #pictureoftheday #paintings #paintingoftheday #happytrees #happyaccidents #beauty #bestoftheday #nature #landscape #teach #learn #world art #peace #paint #love

If you’re excited about this discovery, welcome to the club! If you are already planning your trip out there, you should know that visits are discouraged. When Bob Ross died of Lymphoma in 1993, he left all of his paintings to the Kowalskis. They have about 1,165 of his paintings stored at the Bob Ross Inc. office.  The number might increase when you factor in the that there are 3 versions of each of the paintings Ross did on his show. Every artist has his method. Bob Ross’ idea was to paint each painting 3 times, and they each went to a separate place depending on when it was painted. He separated and titled them “book”,  “TV” and “Kowalski”, the lady who discovered him. The last one, the painting’s final and best evolution, was sorted “book.” The “slightly not good one” was titled “TV” and the first one would usually go to Annette Kowalski. It was titled under her name.

If you noticed the word *stored* and are curious, it’s because none of the artist’s works are for sale. That’s right, none of Bob Ross paintings are for purchase. If they were, they would each be around the $8,000-$10,000, at least. Trust me, I checked. They are keeping with the tradition that Bob Ross wasn’t planning to sell any of his work. Moved by an indescribable feeling (request from the artist?) the Bob Ross Inc “don’t know and never considered” selling any of the Bob Ross art. They say things like “it’s just Bob” when asked and shrug like they really don’t understand the conviction. While Bob had the joy of painting in his heart, maybe they have the joy of being approached by large institutions offering them millions while sitting on a landmine of valuable art as interest around the great, late artist rises. In addition, recent developments have likely caused an increase in the value of the paintings.

A few of Bob Ross paintings will be featured in the Smithsonian National Museum of American History, along with other influential individuals like Julia Child and Mr. Rogers. These paintings are now part of the Smithsonian’s permanent collection. The chosen paintings were “Blue Ridge Falls” and “On a Clear Day.” A few knick-knack items used by Mr. Ross are also included in the collection. These items are a stepladder that served as an easel from season 1 of The Joy of Painting, two handwritten notebooks, and a few fan letters. Unfortunately, at this time you can’t see these paintings either. It is undisclosed if or when the Smithsonian will show these.

Bob Ross Inc. has also decided to allow Bob’s fans to see some of his work in person. Starting in March of next year, you can visit Bob Ross Art Workshop & Gallery in Florida and the Indiana studio where the show was filmed. There are a few instances where people may already own work that Bob Ross painted. If this is you, call them, they have a friendly 1-800 BOB-ROSS number and ask for them to authenticate it for you. They know the *special things* that makes a true “Bob Ross original”. If you ask them to authenticate your painting they will they look for things like his special brushwork technique and specific detail in his signature. But, if you ask them to tell you what you’re looking for, they’ll probably respond with something smug like “It’s like describing the taste of chocolate”.

Be sure to catch this happy, permed man painting those famous “happy little trees” on a tv or streaming platform near you. And hey, grab yourself a paintbrush and follow along next time to discover the joy of painting!