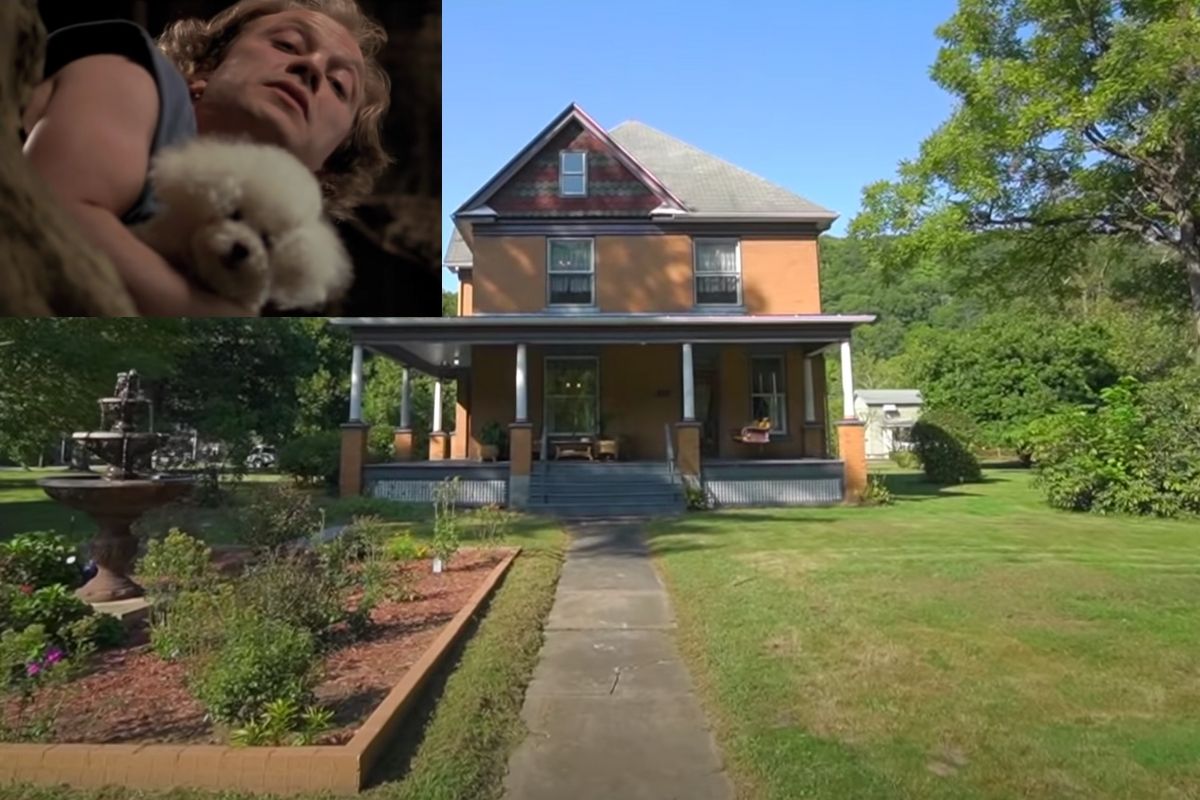 In The Silence of the Lambs, FBI Agent Clarice Starling (Jodie Foster) tracks the serial killer Buffalo Bill (Ted Levine) to a seemingly quaint Illinois residence. She then pursues the poodle-toting murderer into the home’s cavernous basement where his latest victim languishes, trapped in an underground well. Anyone who knows the film’s thrilling conclusion in the cold cellar will remember Buffalo Bill’s creepy house of horrors. So it may surprise you to learn that the site has been recently purchased with plans to create a boutique hotel and event venue.

Despite the Midwestern narrative, filming for The Silence of the Lambs took place mainly in and around Pittsburgh, Pennsylvania. Buffalo Bill’s house was actually located in the nearby town of Perryopolis, Pennsylvania. Following the production of the film, this three-story, four-bedroom Queen Anne Victorian home first went on the market in 2015 and sold for $195,000. It hit the market again last October and has now sold for $290,000.

The new owner, art director and prop stylist Chris Rowan, says he will turn the unusual piece of cinematic real estate into a “boutique accommodation” with available overnight stays. The first tourists to experience the new and improved home of Buffalo Bill will be decided via social media competition. The full contest rules are available here.

In addition to being a renovated hotel, Buffalo Bill’s home will double a rental venue for events like parties and weddings. Although you might shudder at the idea of getting married at such an eerie locale, the picturesque wraparound porch and neighboring Youghiogheny River make for a beautiful setting. You can learn all about the new Buffalo Bill’s on Rowan’s website: buffalobillshouse.com.

“It puts the lotion on it’s skin…”

The Timelessness of ‘The Silence of the Lambs’

The psychological horror film, The Silence of the Lambs, was released 30 years: on Valentine’s Day in 1991. Just a month later, Anthony Hopkins won an Academy Award for his chilling portrayal of Hannibal Lector. And clearly, the craze surrounding this cannibalistic thriller has not died down: a new spin-off show, Clarice, premiered last week on CBS. Although making it through a night at Buffalo Bill’s might sound terrifying, I don’t doubt there are countless super-fans who are up for the challenge.

Watch: Anthony Hopkins Only Had 16 Minutes of Screen Time in ‘The Silence of the Lambs’