Do you want to hurl in three different colors? Perhaps never eat frozen pizza again? Then this candy corn pizza is for you! It’s Halloween season once again and with it, many ways to celebrate. Some people make cute spider cake pops. Others test their cocktail skill by mixing up spooky beverages or jello shots. But this Halloween dish definitely takes the cake, er, pizza. Sorry pineapple, candy corn has taken the #1 spot of “things that shouldn’t belong on a pizza.”

The idea of putting the waxy candy came from Twitter user @Therealasswolf, who announced, “Tis the season my dudes” with a before and after photo of a frozen DiGiorno pizza piled high with candy corn. Not surprisingly, people took to Twitter and exploded with tweets about their distaste for the new festive food.

Even pizza brand DiGiorno piped in, stating their distaste for the new Halloween candy topping on their pizza.

But this cheesy concoction isn’t the only pizza the controversial candy influenced. Chuck E. Cheese decided to jump on the bandwagon and serve up their own version of candy corn pizza and get this, I would probably take a slice or two (after playing skeeball of course).

The pizza, while it doesn’t contain any of the candy (thank goodness) mimics the appearance of real candy corn by layering cheese in a multi-colored tapered appearance. The white pizza base is made with a traditional pizza crust with garlic mozzarella cheese in the center and an orange cheddar cheese ring around the edge. When a piece is pulled from the pie it’s like you are eating a giant candy corn.

There’s only one real acceptable way to eat candy corn on a pizza, and it’s as a topping on a dessert pizza. One pizza business, Pizza Pie Cafe, located in Arizona, Utah, and Idaho, is offering a dessert candy corn pizza for its customers if you really need your candy corn fix.

Read: Based on social media stats, these are the hottest pizza places in Houston 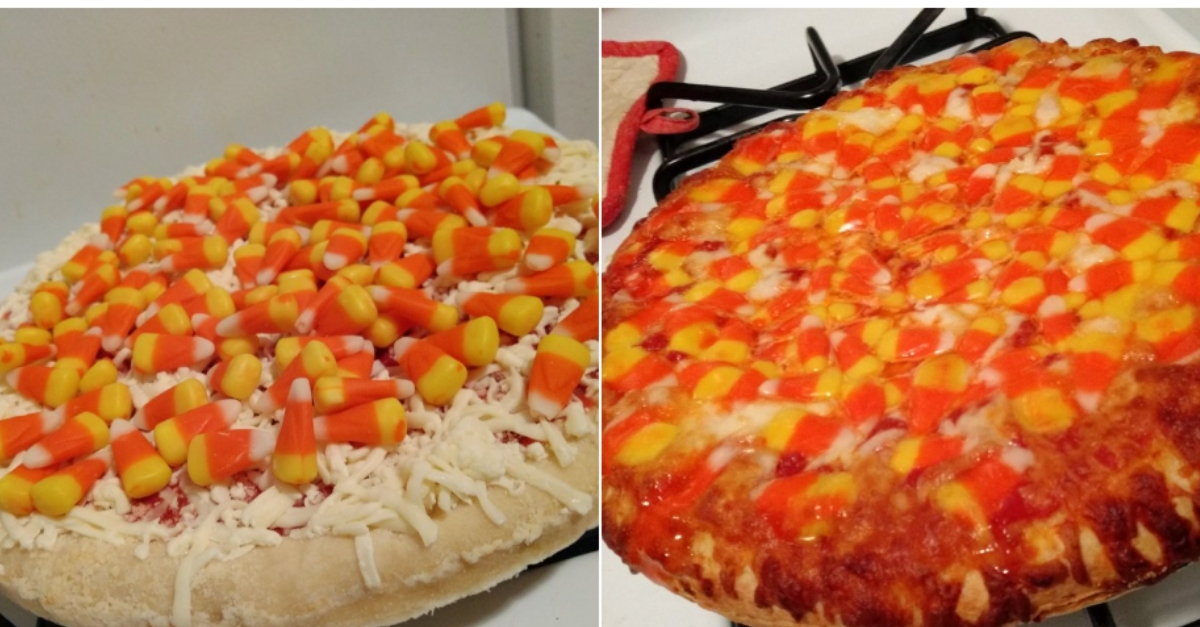