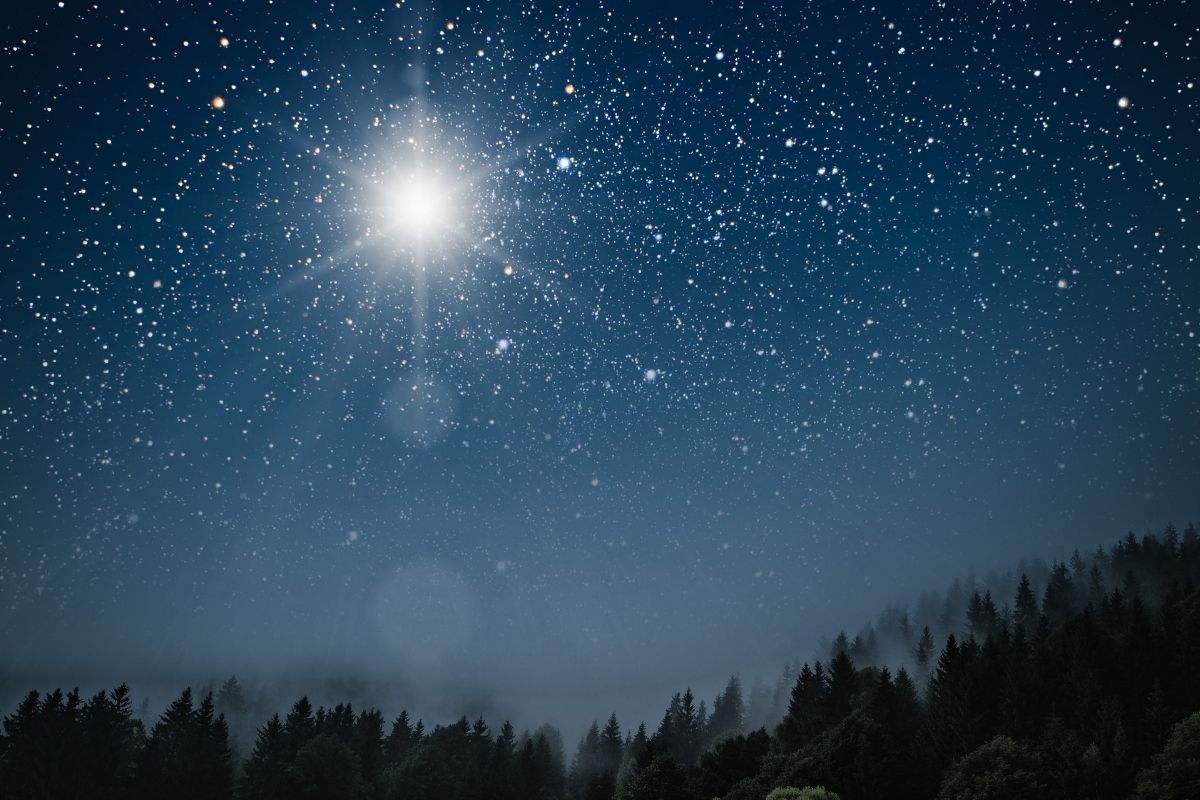 Holly Jolly Holidays, my friends! It looks like we will be getting a very special treat this year from Ms. Universe…and maybe the Wise Men? On December 21st we are expected to witness something that hasn’t been seen in nearly 800 years! 800!!! Wowzer, how amazing is that? During the upcoming winter solstice, Saturn and Jupiter are said to line up to create what is known as the “Star of Bethlehem” or “Christmas Star.” The two planets haven’t appeared this close from Earth’s vantage points since yes, you guessed it, the Middle Ages.

According to Patrick Hartigan, an astronomer at Rice University, the ?Alignments between these two planets are rather rare, occurring once every 20 years or so, but this conjunction is exceptionally rare because of how close the planets will appear to be to one another. You?d have to go all the way back to just before dawn on March 4, 1226, to see a closer alignment between these objects visible in the night sky.?

Say Hello to Jupiter and Saturn on December 21st!

Jupiter and Saturn will align to create what's called the "Christmas Star" or "Star of Bethlehem" — for the first time since the Middle Ages! https://t.co/q4cMDilXHe

But of course, don’t get scared, they won’t necessarily be close to us at all. Because well, just think about the distance from the Sun to the Earth. This is what astronomers call an astronomical unit, au, and it’s how they measure the distances in the Solar System. Jupiter is 5au from Earth, and Saturn is 10 au.

So, where exactly should we look? Well, stargazers in the northern hemisphere should turn their telescopes, and heads, to the southwest portion of the sky 45 minutes after sunset to see the planets align. Although this will occur on December 21st, astronomers did note that you can reportedly see sights of it through the entire week. According to Forbes, a star sighting of this amazing magnitude won’t occur again until 2080! So yeah, Happy holidays and happy looking, peeps! Sit around that Christmas tree with some hot chocolate and watch the beautiful December Sky! At least we have something good waiting for us at the end of the road.

Watch: The View From These Dark-Sky Parks Will Leave You Speechless