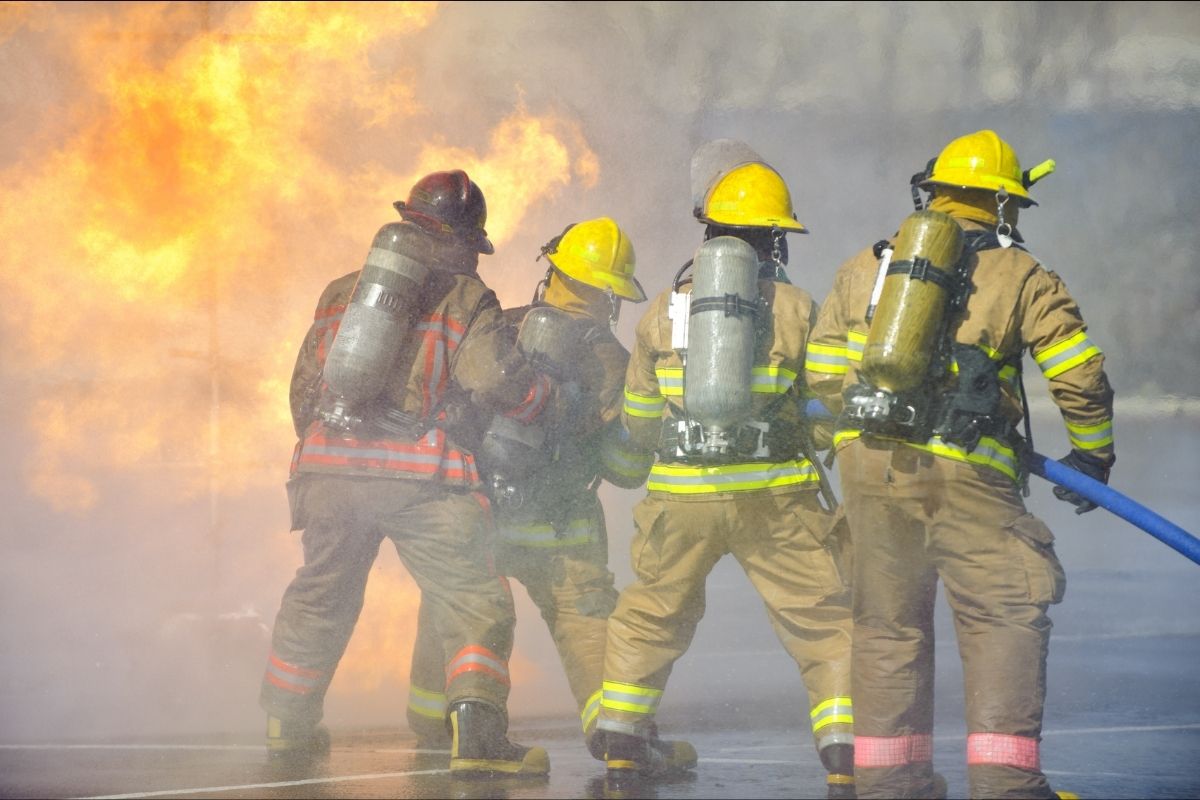 While some things are essential to a nighttime routine, we all have own ways of preparing to go to bed. Whether it’s grabbing a glass of water for the nightstand, or turning on the nightlight, we all do whatever it takes to get comfortable. But, have you ever thought about the consequences of sleeping with an open door?

It may sound crazy, I know, but your decision to sleep with an open or closed-door could mean the difference between life or death….in the event of a fire. According to fire safety experts, we should always sleep with our bedroom door closed. A closed-door can slow down the spread of flames, improve oxygen levels, reduce toxic smoke and decrease temperature if a fire breaks out in your home.

According to a recent survey by safety organization UL, 60 percent of Americans have a habit of sleeping with their doors open. I mean, I get it, I sometimes do it too. It honestly depends if I am alone in the house or not. Sleeping with the door open makes me feel safer since I can hear any noise going on around the area and have easy access to an exit. But, after seeing the video below…it’s safe to say I have changed my mind.

So, why is closing the door so important? Simple…modern synthetic construction materials such as home furnishings and contemporary open floor plans always allow the fire to spread and become toxic much, much faster. A closed-door can slow the spread and make a life-saving difference in any home. Did you now that the average time to escape a home fire has gone from 17 minutes to just three minutes or less in the past decades due to flammable metering and contemporary open floor plan houses? It’s crazy to think that we aren’t aware of the dramatic impact this simple step can have in the event or a life or death situation.

Last year, the U.S. Fire Administration and the Federal Emergency Management Agency reported approximately half of home fire deaths were between 11 pm and 7 am. A house fire occurs somewhere in the United States every 88 seconds. Researchers found that during a fire spread, closed-door rooms had an average temperature of less than 100 degrees Fahrenheit, while open-door rooms had an average temperature of over 1,000 degrees Fahrenheit!

This is the dramatic, life-saving difference a door can make in a house fire. After seeing this, will you be sleeping with your door closed? #CloseBeforeYouDoze . . . . #FireSafety #CloseYourDoor #FirePreventionWeek

It’s time to start making a habit and take the safety initiative of closing not only your door but your kid’s doors (if you have kids, of course) as well. It’s also a good time to test out any smoke alarms and carbon monoxide detectors around your home, as well as check for any potential fire hazards and create an escape plan in the event of a house fire. These small precautions could make one heck of a difference!

I know what I’ll be doing tonight…I prefer a closed-door than carbon monoxide poisoning any day. So, will you close the door?