Could what your Amazon Alexa overhears be used against you? 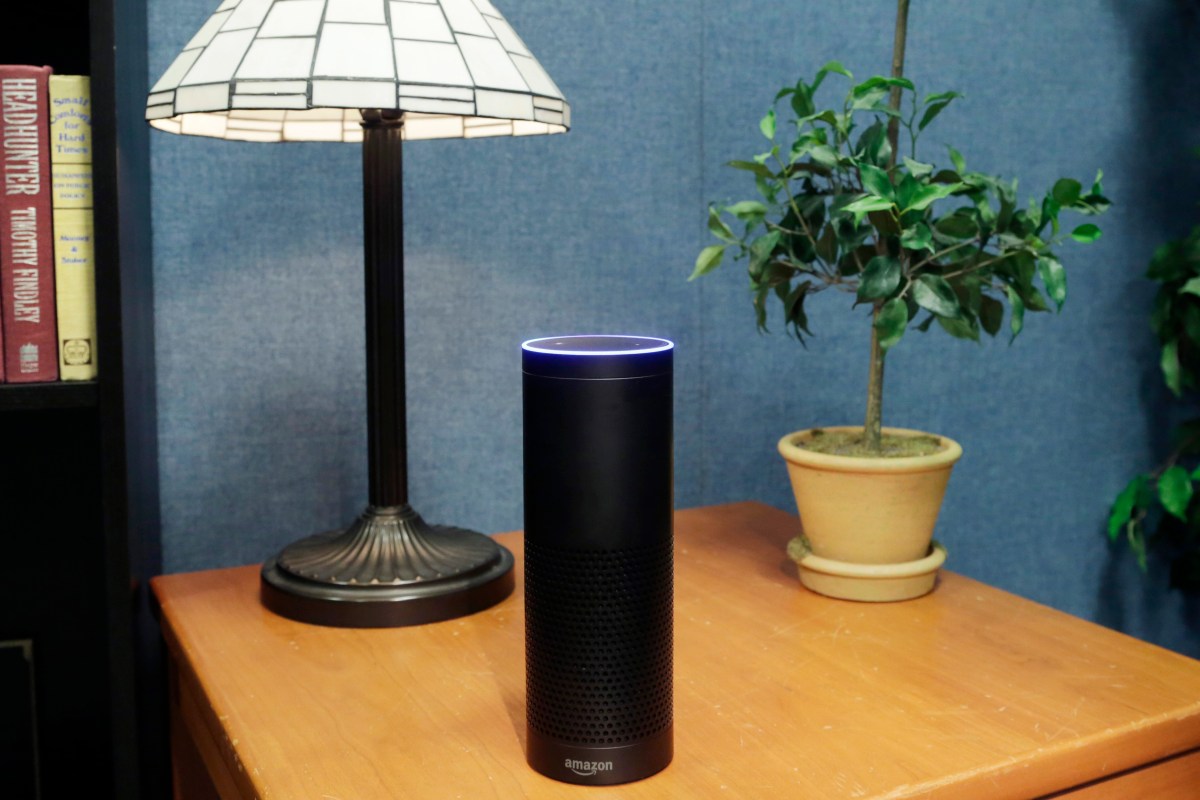 Associated Press
Amazon's Echo, a digital assistant that can be set up in a home or office to listen for various requests, such as for a song, a sports score, the weather, or even a book to be read aloud, is shown, Wednesday, July 29, 2015 in New York. The $180 cylindrical device is the latest advance in voice-recognition technology that's enabling machines to record snippets of conversation that are analyzed and stored by companies promising to make their customers' lives better. (AP Photo/Mark Lennihan)

Have you seen the Geico ad with the talking parrot? A 19th-century ship is boarded, the captain surrounded by pirates. The leader shouts, “Let’s feed him to the sharks,” (pirate cheers and swords held high) “and take all his gold” (more cheers). The parrot repeats these lines, and adds, “and hide it from the crew. They’re all morons anyway.”

The voiceover at the end of the Geico ad explains, “If you’re a parrot, you repeat things. That’s what you do.” If you’re a voice-activated Internet of Things (IoT) device, you don’t repeat things, but you may transmit them.

Voice-activated IoT devices (which, for this piece, includes smartphones and televisions) are always there, just like that pirate’s parrot. You know the services: Siri, Google Assistant, Cortana and Amazon’s Alexa. Mostly, these fine-featured friends are waiting for their activation command — listening, not recording. When activated, they gather the particulars of your life and beam them into a cloud server where your day-to-day existence is, at least in some basic ways, made better, the improvement generally taking the form of convenience or efficiency.

But all the value adds of having a digital assistant come at a personal price that many privacy advocates — including me — worry may come at a cost much higher than the price of, say, the device you need to access the service.

RELATED: Can the government spy on you through your smart appliances?

Unfortunately, it is a murder case in Bentonville, Arkansas, that most forcefully highlights one of the more complex privacy issues connected to digital assistant IoT technology these days.

In November 2015, a former Georgia police officer named Victor Collins was found floating facedown in a hot tub owned by Bentonville resident James Andrew Bates. There were traces of blood at the scene, and a coroner later determined that Collins had died of strangulation and partial drowning. The smart water meter installed at Bates’ house indicated that 140 gallons of water — much more than usual — had been used on the night of Collins’ death. That pointed to post-murder cleaning. There was physical evidence at the scene, but the prosecutor wanted to know if there was more information hiding on the Amazon Echo that had been streaming music when Collins died. There was the possibility that the device had stored 60 seconds, which is what it is equipped to do, and that it might still be on the physical device. Amazon declined to help with the investigation. (Amazon did not immediately respond to Credit.com’s request for comment.)

Why this raises questions

It should be said that the producers of digital assistants aren’t trying to create a better pirate parrot. They aren’t in the business of mindless repetition. They are in the business of learning more about you so they can sell you things, or helping others do that, or selling what they know about you to a third party that can use it to make money.

There is so much information potentially. Consumers use digital assistants to help with travel, email and messages; they listen to music, check out sports scores and the weather. They can keep a calendar in order, post to social media, translate documents and search the internet. (When it comes to criminals, these devices could be seen as the digital equivalent of a stupid accomplice.)

Murder isn’t the best backdrop for discussions about privacy, but unfortunately the protections guaranteed by our courts is nowhere in evidence at the consumer level, so it is often the mise-en-scéne for this kind at article.

If you’re a parrot, you repeat things. If you’re an Amazon Echo at a murder scene, you give rise to serious questions about the expectation of privacy in a consumer landscape that has turned personal preference into a commodity. Increasingly geared toward the conveniences of radical personalization, a digital assistant knows how you like things in your home, but given the inevitability of hacking and data compromises, that means that at least potentially all that information could be used against you — and not just in your personal battle to resist temptation in the marketplace and save money.

Without a doubt, it would be easier to talk about the cost of convenience when it comes to digital assistance were we dealing with a case revolving around hacked information used to burglarize a home, or the purloined daily schedule of a popular celebrity who was (supply your own verb) as a result of leaked data. For that matter, it would be easier to talk about plug-and-play cameras that can’t be made secure no matter what you do. But until there’s a body, it seems, no one pays attention, and so these outlier situations are often how privacy becomes a topic for discussion.

The digital assistant as a privacy issue may not be a problem for you — some people feel they have nothing to hide — but it is for sure something consumers need to think about before transmitting their lives to the cloud where it may be only a matter of time, or bad luck, before a hacker streams it for laughs or loot.

Remember, if you’ve been the victim of identity theft, don’t blow it off. A good way to start taking action is by checking your credit — warning signs can include accounts you never opened and sudden drops in your scores. You can view two of your credit scores for free on Credit.com.

This story is an op-ed contribution to Credit.com and does not necessarily represent the views of the company or its partners.

Adam Levin is co-founder of Credit.com and IDT911. His experience as former director of the New Jersey Division of Consumer Affairs gives him unique insight into consumer privacy, legislation and financial advocacy. He is a nationally recognized expert on identity theft and credit, and is the author of SWIPED: How to Protect Yourself in a World Full of Scammers, Phishers, and Identity Thieves, a practical, lively book that is essential to surviving the ever-changing world of online security. More by Adam Levin