Couple Celebrates Beating Meth Addiction With Inspiring Before and After Photos 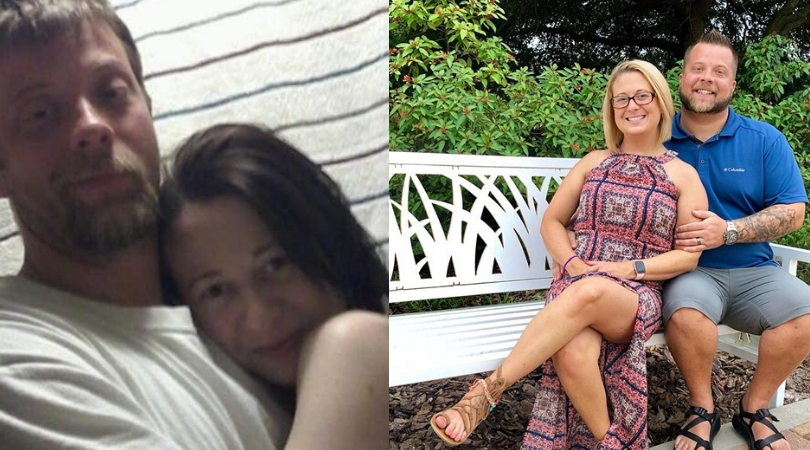 A Tennessee couple is celebrating three years of being sober, and are sharing their story in hopes of helping others who are struggling with addiction. Brent and Ashley Walker of Cleveland vowed to stop using back in 2016 on New Year’s Day. Brent, who is now 30 and is a steelworker and heating/ air conditioning worker has been clean for 2 years and 8 months. He explained how he began his struggle with addiction at a young age after stealing cigarettes from his parents when he was only a 9-year-old. He then began to smoke marijuana when he was 12 and began doing acid, ecstasy, and sold drugs by age 15.

He then quickly turned to meth after his 19-year-old brother tragically died while driving under the influence. The couple met after he sold Ashley some weed, and quickly began their on and off-again relationship. According to Ashley, at first, it was exhausting to be in a relationship with Brent, comparing it to a roller coaster due to his mood swings and drug abuse.

Over the years, Brent received several felonies related to possession and dealing, while Ashley was there for him each time he got out of prison. In late 2016, they both decided to get clean and cut off all their contacts to start their new life. The couple’s goal was to hit their 30 days sober and get married in the presence of a minister who met with Brent several times during this prison stints. They joined Celebrate Recovery, which is a Christian program serving people with all kinds of addictions. The couple changed their numbers, and delete those who had anything to do with alcohol or drugs.

Now, the drug-free couple decided to post their recovery story, showing a before and after photo of themselves with the #CleanChallenge hashtag. The first picture was taken on December 2016 after Brent had just served two years for three counts of sale and deliveries of methamphetamine and felony evading law enforcement. The couple would still meet up to get high, but after a close call with a drug test while on probation, Brent re-evaluated their decision and both decided to call it quits.

Since their sobriety, at 32-year-old, Ashley was able to reconnect and built her relationship with her family and loved ones, and Brent received his GED. The couple is also working on regaining custody of their children. Brent has three and Ashley has two kids, each from different relationships. Ashley currently works as a patient care technician and plans to become a registered nurse. She hopes to help mothers with drug addictions or substance abuse by helping them find outlets to become sober.