Kids have a tendency to say some weird stuff. Sometimes it’s even straight up creepy. Because it’s Halloween now feels like as good of a time as ever to highlight some of the creepiest stories people have about kids saying spooky stuff.

The Creepy Things Kids Have Said to Adults

When my son was 3, he started singing a Polish nursery rhyme that my husband’s grandmother used to sing to all the babies in the family…she passed away before my son was born. We don’t speak, or sing, Polish.

Twitter user @Karnythia asked her followers on social media to give her their best scary stories about the most bizarre and creepiest things little boys and little girls have said to them. Parents, babysitters, and more came out of the woodwork to offer stories that are guaranteed to keep you awake in the middle of the night.

Everything you’d kind of expect is in here. Imaginary friends, ghost stories, stories about car accidents they were never in, haunted houses, past lives, and a dozen other WTF moments. These will seriously spook the hell out of you.

Walking with my 2-yo in a cemetery by our house. She says “mommy, who is that man in the red jacket by the stone house?” She pointed to a mausoleum. There was no one else in the cemetery. “He’s waving at me!” She waved back. “He’s coming over to talk!”

My mom told me about her cousin who died sorta young, the kid and his family went on a trip to some farm house out far from the town he lived in (bogota Colombia) and on the way there he would ask his dad “how would you feel if I died?” And thinks like that

The next morning they left but they bought him binoculars too also to play with on his way home. Then apparently he didn’t say a word the entire time. He was looking out the window with the binoculars when the side he was sitting at got hit by a bus

Sounds fake but I know people who were there and this was told to me by the kids own parents later on as well. Anyway the binoculars got pushed into his face and well he died a couple days later. After that some family invited them to leave their town and come to them for a bit

While cleaning, his mom was moving glass bottles the kid collected to later sell but she noticed that in one of them there was a paper. It was a drawing. The kid drew out his death exactly down to the binoculars and bloody eyes and everything. They still have the drawing

Babysitting that ended with backyard marshmallow roast. One kid didn't want to get the near the fire. I asked if it scared him, "Yeah the bad man set a fire that burned me and my mom and then I woke up here." Uh….

Maybe nothing is more goosebump-inducing than the creepy stories about kiddos seeing an old man or old woman or some other grown-up in the corner of the room that no one else can see. Definitely not the sort of thing you want to hear while babysitting. A 6-year-old girl saying their best friend is an invisible dead adult is a straight up horror story. And not the one you tell your friends the next day. One you try desperately to forget about with illicit substances. No one wants to be told there’s a ghost listening in on the bedtime story you’re trying to tell.

“STOP PLAYING HIDE AND SEEK WITH THE DEAD OLD MAN WHO USED TO LIVE HERE BILLY!”

1991. Worked at pediatricians office. Screening a 5y/o for therapy. He lived in the country, no friends, homeschooled, parents had no TV. Mid screen- he looks at me, says “Your brother saved my life in Desert Storm.” I went cold & pale… my brother was in Iraq

my sister was like 5-6 and it was the middle of the night and she was running around and laughing my mom asked her what she was doing she said she was playing just Justine, justine died 1995

My dad died a day after his bday. So on his bday we were all sitting n sad. My niece (4yrs) walk to my mom n said "grandpa is here n says don't cry, his heart is sore too"👀. She never met him. Mom asked how does he look, she said "like Aunty Mapule". Yes, I'm a copy of my dad.

All in all that’s a whole lot of yikes! Hopefully your kids stick to talking about candy and Santa.

Watch: 6 Famous Haunted Places You Can Spend the Night in — if You Dare 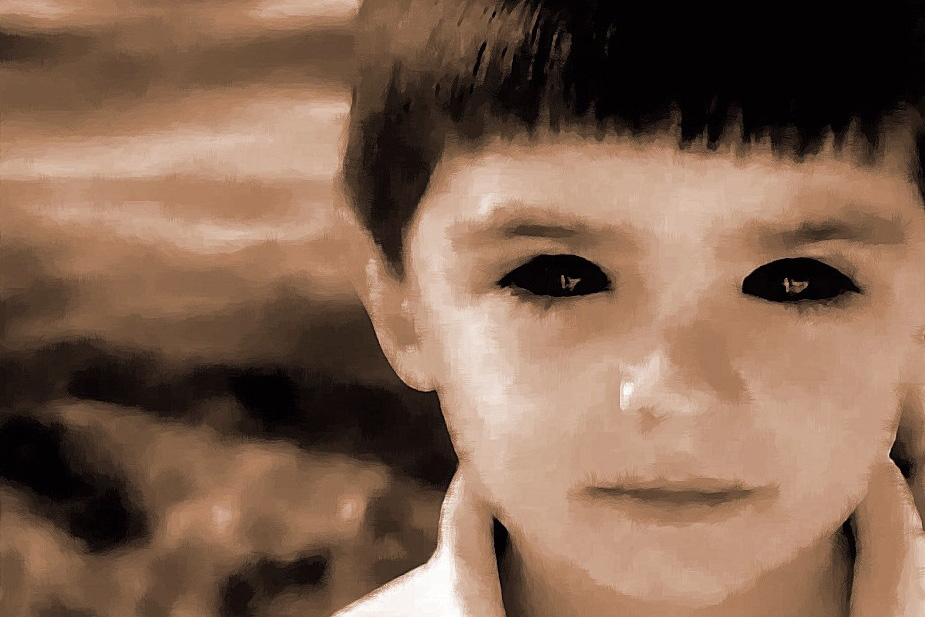