Parents are Now Trying the “Cuddle Your Toddler Challenge” 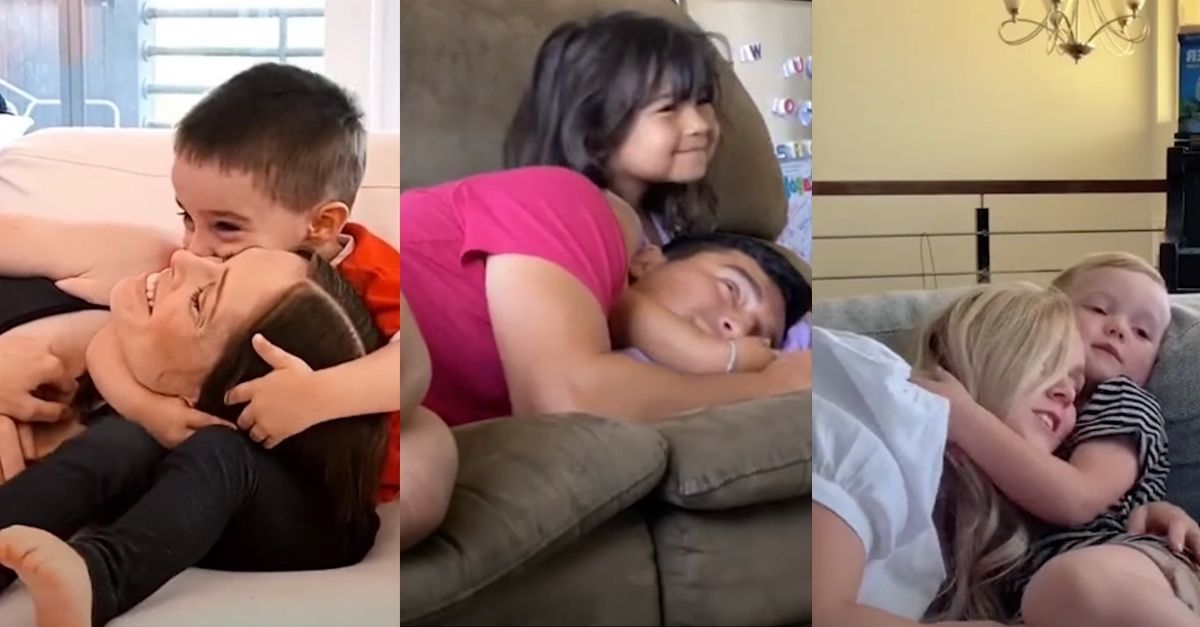 Today’s society is defined by social media, and it’s unlimited in its age range now more than ever. Instagram isn’t just for milennial influencers anymore and Tiktok isn’t limited to those in Gen Z. Trends and challenges make everyone who take part feel like they’re included, and sometimes the content gets ridiculous. However, this challenge is a more heartwarming one, and when it fails, it’s also funny.

A new viral Tiktok challenge that has parents more involved than usual is called the #CuddleChallenge, and the videos are absolutely adorable. TIkTok parents basically are sneaking up on their toddlers while they’re watching their favorite shows, and cuddling them by lying their heads down in their kid’s laps to see how their kids react.

Most Tiktok users are posting their proud Tiktok videos to James Blake’s cover of “Godspeed” by Frank Ocean, and most of the results are precious. I’m not a parent, but if I went up to cuddle my 3-year-old son or daughter, and they were also excited that I interrupted their precious tv time just to join them in watching their favorite show, I know for sure that I would have those warm, fuzzy, family feelings.

Soon the challenge turned its own hashtag from #CuddleChallenge to #CuddleYourToddlerChallenge which was actually created by Tiktok user @nickandsienna. But not everyone got the same results from taking part in such an endearing act, and Disney actor David Henrie’s baby girl definitely had no problem being an outlier in the trending part. His 17-month-old baby, Pia, straight up smacked him in the face, openly telling her father to get out of the way of her tv show time. Of course Henrie just made it something comedic for other Tiktok users to just laugh at.

Another #toddlerchallenge coming at cha! #toddler #baby any others?

This is something I would recommend you guys try. Go cuddle your toddler while they watch their favorite tv shows and see how they react. I will have to say, if I put my head in my child’s lap and they reacted the way Henrie’s baby did? We might have to have some reprimanding and discipline discussions.

Watch: The ‘Draw on my Back’ Challenge is The New Version of Telephone