How the ‘Dick And Jane’ Books Taught Kids To Read 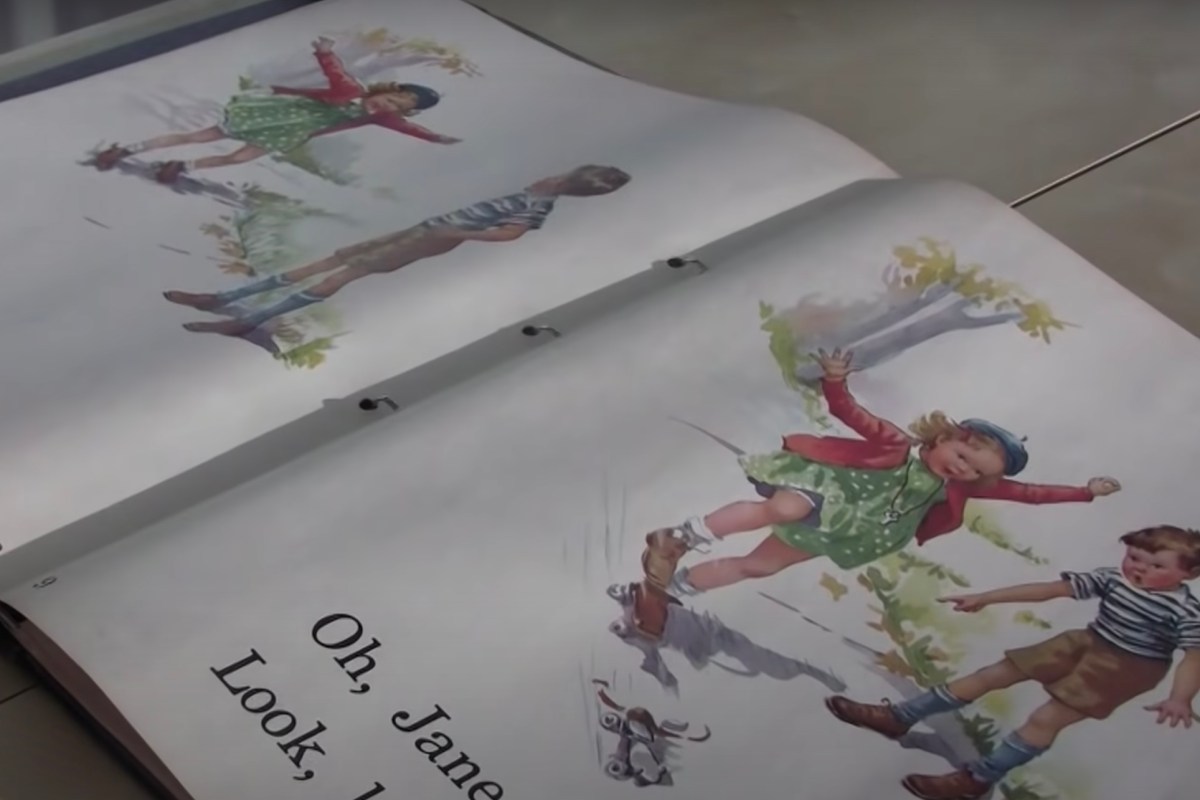 Today brands such as Leapfrog and Elmo are teaching children to read with various programs and games. Before revolutionary technology took over, books like the Dick and Jane series were the first to teach young readers the ropes.

The American educational system wasn’t always as organized as it is today. At one point, there was only one big room that most students were grouped into to learn. There weren’t many children’s books available so students often brought material from homes, such as the Bible, and teachers taught them phonics and words.

William S. Gray and Zerna Sharp were the makers of the Dick and Jane book series. They both worked at Scott, Foreman, and Company. Zerna Sharp was once a teacher. At Scott Foresman and Company she became a reading consultant and textbook editor. William S. Gray was the director of the Curriculum Foundation Series. Together they developed the Elson Basic Readers (later called Elson-Gray Basic Readers) which was published by Scott Foresman in Chicago, Illinois. The books included illustrations by Eleanor Campbell to clearly show young readers what was happening in the story.

As opposed to teaching young readers to read, they encouraged a method of reading the whole word. Instead of sounding out small sections of words, Gray and Sharp introduced a way to learn the whole word when reading. Today, this is referred to as sight-reading. The method was used for basic readers through the Dick and Jane stories in the Elson-Gray Readers in the 1930s. From pre-primers to basic readers, the Dick and Jane series covered it all.

The stories center on siblings Dick, Jane, and their family that consists of a younger sister Sally, their pet dog and cat, Spot, and Puff. Their parents, Mother, and father and Father are present as well. They are taught morals, chores, and how to be good neighbors and friends. The reading books taught kids new words and reflected the world they were living in. It was current and new. By the 1940s, a majority of American classrooms had the material and was teaching the American young how to read. In the 1960s, during the Civil rights Movements, an African American family was introduced into the series. The family consisted of twins Penny and Pam, and their brother Mike.

Many of the original Dick and Jane books have become collector’s items today. They’re seen, by some, as early American cultural icons. They’ve even been honored in popular culture today. From the Office Depot brand See Jane WOrk, and the Target dog named “spot”, who “spots” savings to the Fun with Dick and Jane film and remake, it has reached much further beyond the original book series, into a quiet American way of life.

Watch: In 1963, the Bronx Zoo Had an Exhibit Called “The Most Dangerous Animal in the World”