Drano Bombs: If You See A Bottle With Aluminum Foil In It Call 911! 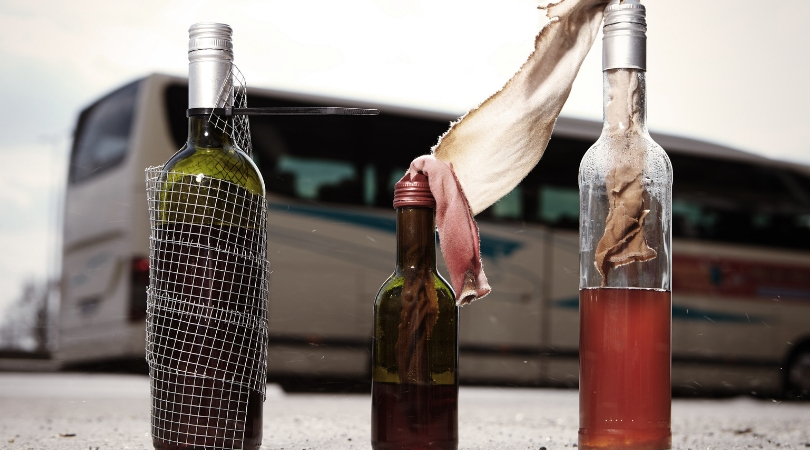 Ah, to be young and reckless and have no clue that your actions are illegal or that it could have repercussions on your future. Kids sure do and say the darndest things, don’t they? Especially bored pranksters. In recent years there has been an uptick in reports of homemade bomb incidents. Since the incidents seemed to only be happening in certain regions, many believed it to be a hoax. But, they are real! Here’s how they work, and how to handle them… no Google query required.

These homemade explosives go by many names such as Drano bombs, bottle bombs, works bombs, pressure bombs, Drano bottle bomb, and Macgyver bombs. They have been around for decades. If you’ve never heard of them, they are simple concoctions of household items. In this case a little water, a little Drano, a plastic water bottle, and a small piece of foil. They require very little to put together but they can cause serious injury. Given how easily obtainable the items are Drano bombs are somewhat popular amongst future arsonists ….or chemists.

How Does The Drano Bomb Work?

The Drano bomb is designed to detonate typically within 30 seconds of movement. They are almost guaranteed to be moved because pranksters leave the plastic drink bottle in driveways, mailboxes, and porches. Once moved, the drain-o and aluminum foil inside of the plastic bottle mix causing a chemical reaction with enough gas build-up that the bottle blows up with enough force to cause serious injuries such as severed fingers and 3rd-degree burns. The boiling liquid left in the bottle after the consequential explosion is essentially a chemical called lye which has been known to cause blindness.

How To Identify a Drano Bomb

Needless to say, these are pretty harmful. As these are homemade and do not have a fuse, they are highly unpredictable. If you see one, please do not touch it! Call an authority and let them help.

To the future chemists of the world, please don’t try this at home. At this point, the whole world is onto you, so this won’t surprise anyone. Try this instead. Happy Learning!