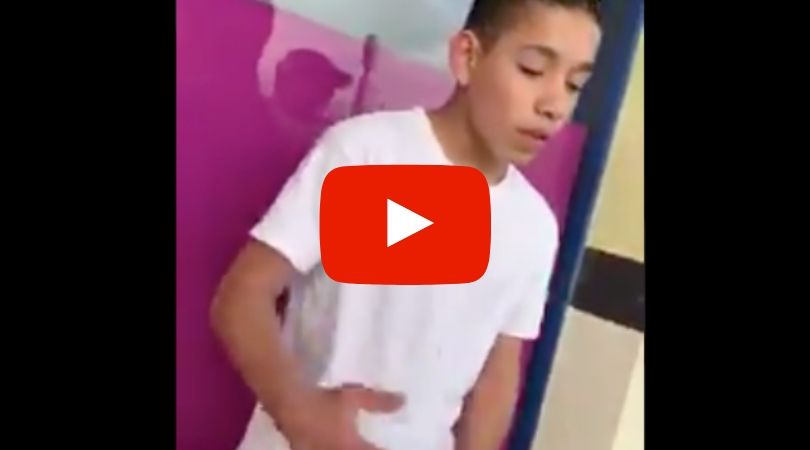 Oh man, stories like these make my heartbeat three times faster. A 14-year-old boy from Houston is truly trying to do everything he can to help his mother at all costs. Elijah Cossio?s mother, Tina Hernandez, has several expensive medical bills that have piled up throughout the years after undergoing a serious health scare. The teenager has been assisting his mom with her bills by setting up a daily bake sale after school. Elijah has been doing this for several years now, but a recent video of him went viral on Twitter which led to an increase in his sales.

On a video shared by user @enlightened1TX, the Houston boy explains that he has everything from red velvet cupcakes, strawberry cupcakes, to fudge brownies, to Cherry cheesecakes, and chocolate chip cookies to name a few. The video was so heartwarming that it has been circulating a thousand times all around Facebook and Twitter, praising the teen for his work ethic.

Spread the word!! 14 year old Elijah Cossio took the intuitive to help his family out while his mom is in the hospital. He is selling baked goods to help support is fam. Please go support his business

Elijah’s mom was previously injured in a car accident, which resulted in her going through many surgeries. On one occasion during one of her surgeries, doctors lost the mother for 15 minutes before she was revived and was able to regain consciousness. Unfortunately, after her operation, the mother had to relearn how to walk, which is why the boy decided to help out any way he could.

Tina, who is a mother-of-three, also suffered through a bacterial infection back in 2017 which nearly took her life as well. According to People, she couldn’t be prouder of her son. She stated, ?It feels wonderful because I raised him that way so I?m very proud of him,? she told the outlet. ?It spiraled out from there. I had to undergo five surgeries and three blood transfusions and I died 14 minutes after the first surgery? I don?t remember those three months of my life.?

Omgggg I always buy brownies, cupcakes and mini cheesecakes from him 😭 they’re SOOOOO good and he’s THE SWEETEST, POLITE , and MOST GRATEFUL young man I’ve ever met. He deserves it all! 🥺

As far as Elijah’s routine, well it’s more than any 14-year-old should have to do. He wakes up every day at 5 a.m. before school to bake the homemade treats. He then heads off to school as usual and once his classes are done, he sells homemade goods to parents, classmates, and several community members. According to Elijah, he started baking just as a hobby to learn how to make his own money. He noted, ?My mom has always taught me to work for what I want because nothing is handed to you for free. Not knowing this knowledge was being given to me to prepare me for what was to come.?

A GoFundMe page, created by the mother, states this extremely traumatizing event in his life shaped him since he had no idea what the future held for his mom. With the help of online users, it’s safe to say Elijah has been quite successful selling some yummy desserts and has taught himself how to be quite an entrepreneur. He dreams of owning his own very own food truck and wants to go to culinary school when he gets older. But, not before becoming an engineer in the Army first.