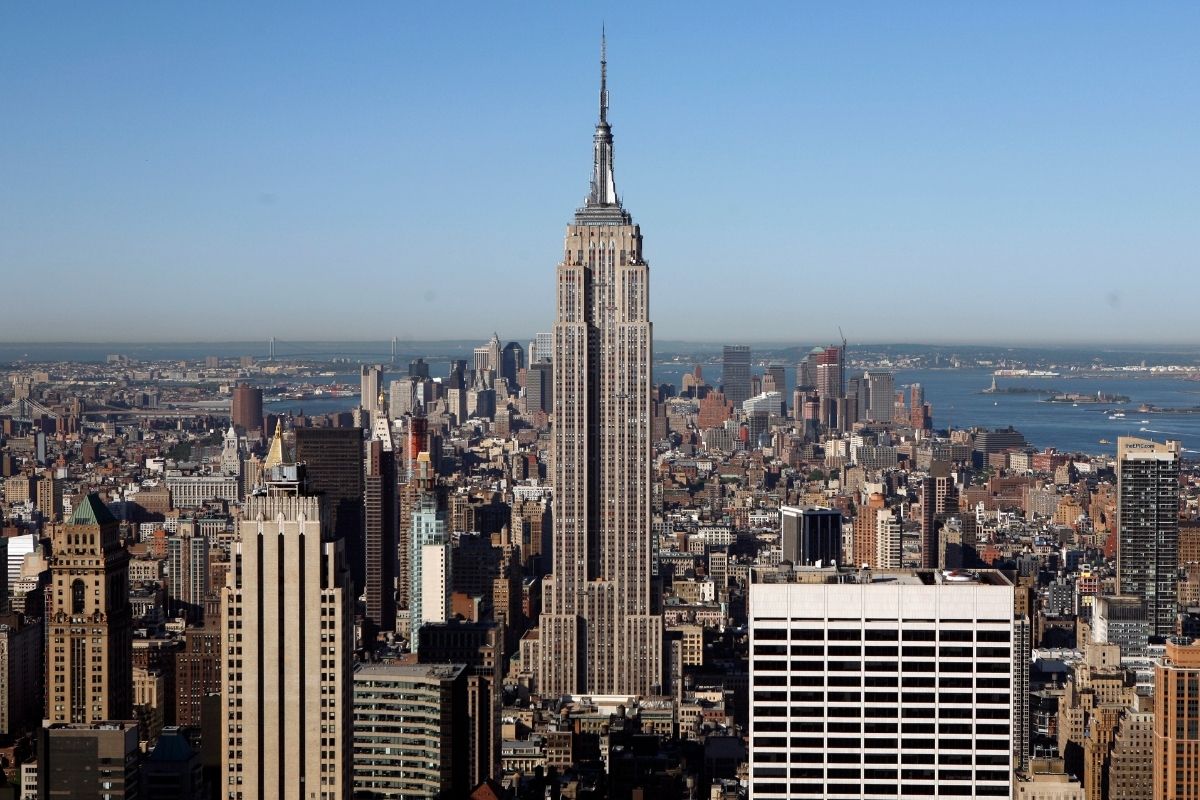 When you picture New York City, you imagine landmarks like the Brooklyn Bridge, the Statue of Liberty, and Central Park. However, it is one of the city’s tallest buildings, The Empire State Building, that really screams New York style. The skyscraper has been iconic for decades and is celebrating its 90th birthday this year! The famous building in midtown Manhattan continues to be a staple in the NYC skyline 90 years later.

The ESB is an art deco-style skyscraper that was built in 1931. The building spans hundreds of floors and features observation decks on both the 102nd floor and the 86th floor. Before the building was constructed, the ground it lives on near Fifth Avenue was the home of the Waldorf-Astoria hotel. Once it was time to construct the ESB, The design was changed a whopping fifteen times to ensure it would be the world’s tallest building. It was going to take quite the workforce to construct the massive structure on 20 west 34th street in Manhattan. Construction began during the Great Depression when the country was desperate for jobs, so finding workers was an easy task. It took just over a year to complete.

The Empire State Building is a cultural staple. King Kong once climbed to the top of the building’s spire, amongst other screen portrayals. It is also considered to be one of the Seven Wonders of the Modern World and a historic landmark. The building’s legacy is one that celebrates American industry and hope.

This May, the building celebrates its 90th anniversary. You can celebrate by viewing the Tower Lights light show or you can buy tickets for a historical tour. New additions have been added to the 86th-floor observation deck, where you can enjoy a museum, as well as other exhibits located on the 80th floor of the building. Perhaps you’d like to visit the top of the rock by checking out beautiful views of the city from the 102nd-floor observatory. You can find information regarding the celebration at esbnyc.com.

The empire state building is considered the world’s most famous building by some, so next time you’re in NYC enjoying a Broadway show or visiting the One World Trade Center, make sure you make a trip to the top of the Empire State Building to celebrate her 90th birthday!

Watch: Robert De Niro Was Once a Real Taxi Driver