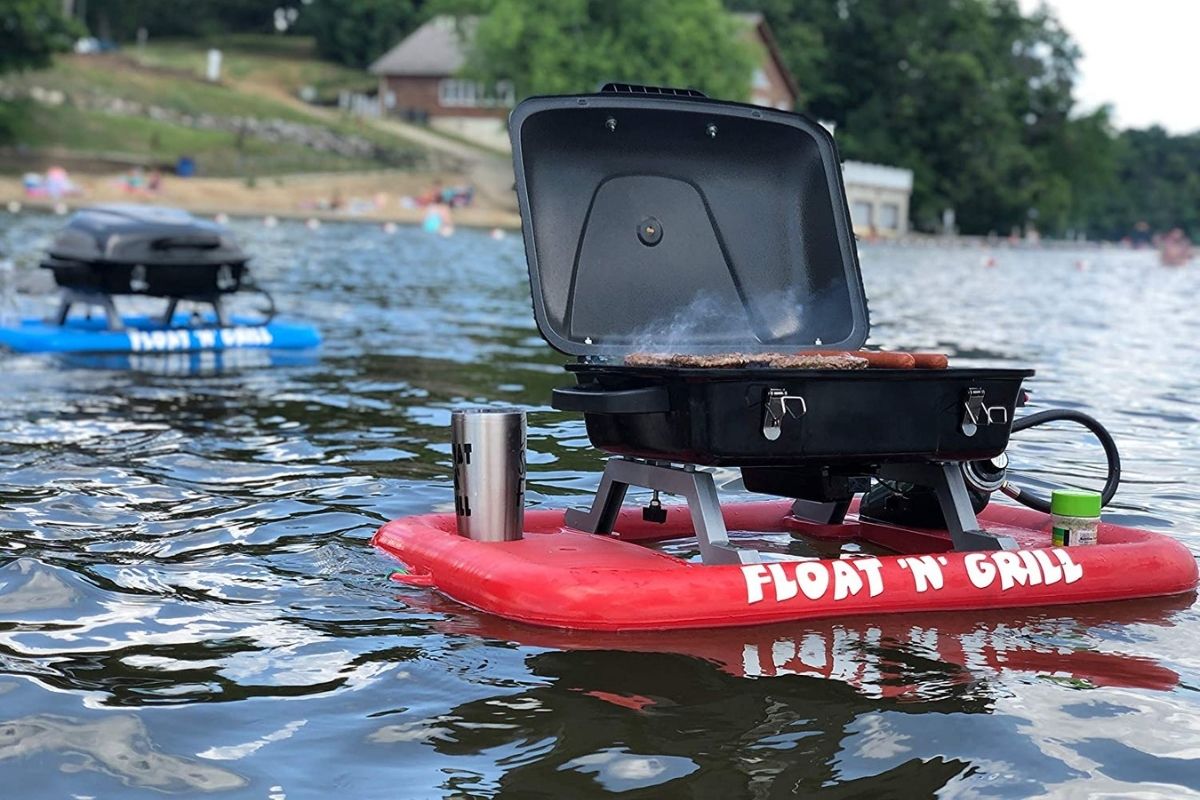 Whose dad asked for this? I just know someone’s grandpa or father really put the pressure on someone to invent a floating grill. Well folks, you can now enjoy the water while you grill hotdogs and burgers. Every grillmaster is going to want the Float ‘N’ Grill for all of their summer cookouts.

Since the Float ‘N’ Grill is designed to be flip-resistant, it’s safe to use in the water. The grill comes with one floating base, a propane grill, two support brackets, and instruction manuals. You might still be a little skeptical about grilling on the water, but some customers were reassured that this grill is top-notch.

A customer gave the gas grill five stars and said, “I saw this online and was a bit hesitant to buy it because I was worried about how it would handle the waves. I ended up buying it anyways figuring I could return it if I didn’t like it. The first time taking it out it was a lot more stable than expected. We take it to a local lake and use it at the sandbar, and sometimes we just let it float off the side of the boat if we’re in the middle of the lake.”

Michael Bashawaty and Jeremy Quillico are the two creatives behind the Float ‘N’ Grill. The two got tired of eating sandwiches at the lake and decided that a grill was a must-have for lake days, even if that meant having a BBQ in the lake!

The Float ‘N’Grill has three built-in cup holders, a built-in igniter, two tow hooks, a grease trap, and a dual latch to keep the lid on tight. Thanks to the front handle, you’ll be able to travel with the grill. Michigan Eastern University grad, Jeremy, recommends tying the grill to your river tube. I mean, burgers do sound much better than eating ham and cheese sandwiches, so I’m convinced this grill is worth it.

The Float ‘N’ Grill base is equipped with everything you need to make grilling easy. Just get a propane tank ready! For more information, visit floatngrill.com.

Watch: Who Needs a Summer Body When Floaty Pants Exist