Eating Bacon and Drinking Booze Increases Your Cancer Risk by 40% 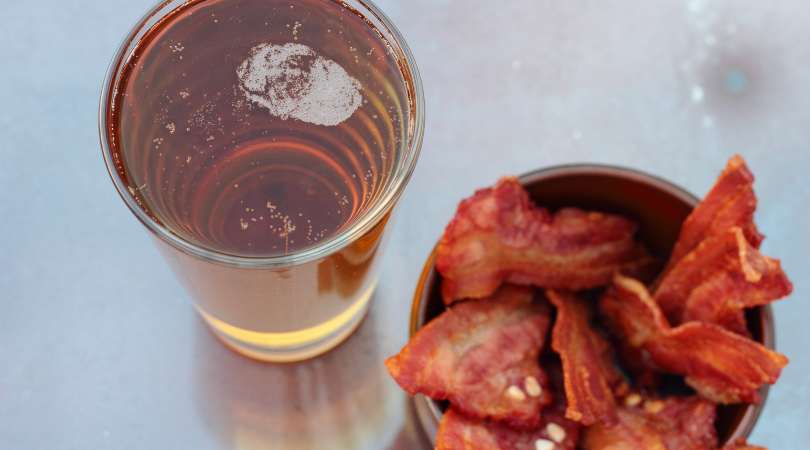 Eating less fatty meats that are fried in their own fat and drinking less poison means you’ll probably be healthier, according to some hot new hard science. The news is really just the actual number the study is referencing because the general theme behind what the number suggests, that not eating bacon and not drinking yourself into a coma every Friday and Saturday night means you’ll be healthier, is a no-brainer. (Related: People who don’t make toast while taking a bath suffer far fewer toasted related electrocutions than those who do.)

According to the study from The World Cancer Research Fund, which sampled data from a whopping 51 million people, even small amounts of processed meat consumption and alcohol consumption increased a person’s risk for developing different types of cancers. Overall, the consumption of booze and bad meat causes an increase in the risk of cancer up to 40%.

The main reason for this is basically because processed meat like bacon or hot dogs, and booze, make you fatter and obesity is responsible for a whole lot of cancers. (Though these meats also contain carcinogenic chemicals.) It is, in fact, quickly overtaking smoking as the number one cause of cancer. It’s a legitimate public health concern. The study linked obesity to liver cancer, ovarian cancer, prostate cancer, stomach cancer, mouth and throat cancer, bowel cancer, colon cancer, breast cancer, gallbladder cancer, kidney cancer, esophagus cancer, pancreatic cancer, and womb cancers.

So basically if you eat like shit you’re going to get fatter and if you get fatter that increases your risk factors for a whole catalog of cancers. Does this then also mean that because I spend my Saturday nights assaulting my body with tequila and beer and then my Sundays attempting to put a bandaid on my grievously wounded mind, body, and soul in the form of eating a stuffed crust pizza with pepperoni and (omg!) bacon on it that I’m more likely to get cancer? Feels like a yes. Across those two days, I feel about as healthy as a dying cat. Probably a habit to get out of.

So, basically, if you want to reduce your cancer risk, eat healthier. Sweetened drinks, starches, sugars, fast food, processed meats, red meats, etc. all cause cancer. Because being fat causes cancer. Not great news for us ever-expanding Americans.