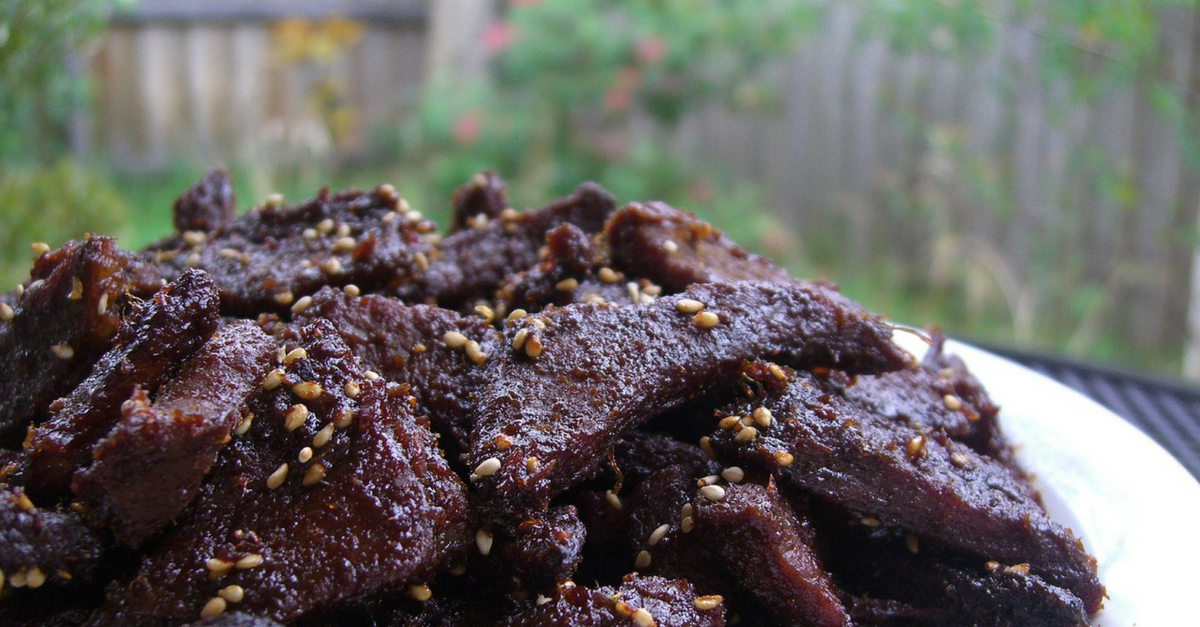 News like this about a food I regularly consume would normally, or at least maybe, force me to reconsider said consumption. If I received that news while consuming the food it was about I might even be liable to do a spit take. But cured meats? Nah. I’d keep on eating that entire bag of beef jerky, or the whole charcuterie board, or an amount of bacon that I already knew was wildly unhealthy for me in a number of other ways, without so much as blinking.

Cured meats like beef jerky might make me more likely to have a manic episode? The nitrates and sodium nitrite in those sorts of meat products could potentially exacerbate any mental illnesses I already have? YOLO. Imma keep going to town on this pound of pepperoni slices I got from the deli under the illusion I was going to do something halfway acceptable with them, like making calzones one night, to assuage my guilt about the truth: that all along I planned on eating this entire bag in one sitting, straight out of the fridge.

The good news is that this study, published in the journal Molecular Psychiatry, didn’t really reach a conclusion more definitive than a soft “maybe” about the connection between nitrate-laced meats and losing your shit.

Dr. Robert Yolken of the Johns Hopkins University School of Medicine led the study, and he has a hunch on what the link between hot dogs and homicidal mania might be.

?We think the key is probably inflammation,? Yolken said.

Nitrates in food are linked with cancer, which is in turn linked with inflammation. And Yolken said other studies have shown that people who have manic episodes show signs of inflammation in their bodies.

Eh. Don’t care. The doctor could have said he thinks nitrates cause your brain to slowly melt and leak out your rectum and I’d still unapologetically eat prosciutto by the handful every time it’s put in front of me.

I am #TeamNitrate for life.