Burgers get overthought. A lot. To be fair, anything that’s as versatile as a hamburger is going to inevitably be reimagined a million different ways. Pizza, for example, has been bastardized so far into oblivion that after a while Papa John’s tastes like it came from a brick oven in Tuscany.

But even things that now seem like “basic” creative variations or additions to a burger — topping it with a fried egg, pretzel buns, or even an abomination like guacamole — are overkill. Delicious overkill, sure. (Except for the guac, which is usually glorious but has as much place on a burger as Italian dressing does.)

All a burger really needs to be great, generally, is a serviceable bun and the right cheese. The great Ron Swanson might not even go that far.

Ground beef is a durable meat. If the patty you’re tossing on the grill or slapping on the skillet is more anus than Angus, well, that’s nothing some salt, pepper, garlic salt, onion powder, or, best of all, seasoning salt, can’t fix. And don’t get me wrong, pretty much all cheese is delicious. I don’t care if it’s American cheese that’s forty-percent plastic that was recycled from a garbage island in the ocean or an unreasonably priced brick of Gruyère at Whole Foods that was milked from a cow that eats better than a low-income family. It’s going to taste good melted onto red meat.

But with a cheeseburger, there’s no need to get cute. An overthought burger isn’t disastrous like an over-cooked one, but outside-the-box creativity doesn’t maximize a cheeseburger’s potential. The best way to optimize the potential of a cheeseburger is to take what made it great — what made it a national icon — and maximizing within those bounds.

There are two ways to do that. Using one of these two kinds of yellow cheese: 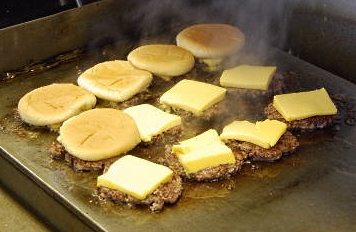 The classic American cheeseburger uses American cheese. Because of course. Kraft Singles are typically looked at as the classic American cheese slice, thanks to a long and prestigious history of… good marketing, mostly. There is, however, a higher form of American cheese. One that is often and criminally overlooked. It is Velveeta. Any true midwestern, rainy day grilled cheese or mac and cheese aficionado will tell you that Velveeta is the ultimate everyman’s (see also: American’s) melted cheese. Specifically, Velveeta in its unholy, unnatural, three-dimensional, gelatinous rectangle form.

Velveeta is a “cheese” that is made specifically to melt, and one that has a more distinguished flavor than pretty much any other version of American cheese. But, it is still a type of American cheese, and it stands out within that flavor profile. The one that has been proven to pair perfectly with a sizzling ground beef patty. Topping your cheeseburger with Velveeta isn’t an attempt to reinvent the wheel, it’s how you make the absolute best version of that wheel. 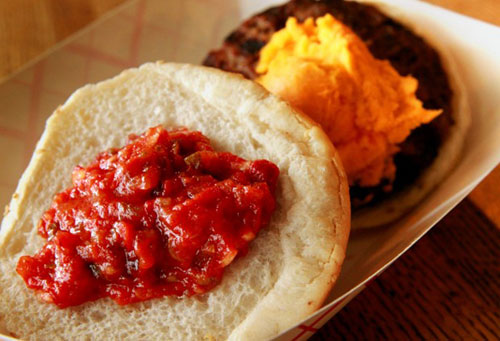 “What is soft cheddar?” is an absolutely fair question. It’s also known as Pub Cheese or Pub Cheddar, and it has the consistency of the dippable beer cheese you can get with soft pretzels at some bars and gastropubs. It scoops like butter and tastes like the equivalent of freebasing cheese into your tongue.

Soft cheddar is not something I would have ever considered putting on a burger had I not worked at a famous (but now closed *sheds tear*) burger joint in St. Louis called The Fatted Calf. Their signature burger topping was soft cheddar and, after having eaten a burger with this cheese as the main topping it’s borderline insane to me that this isn’t a national staple.

If Velveeta is using the best possible version of the wheel instead of reinventing it then soft cheddar is taking that wheel and strapping a jet engine to it. Soft cheddar has, quite simply, the perfect cheese flavor. It somehow hits every note at the same time. It tastes refined enough to eat with charcuterie but is also accessible enough that you’d feel comfortable making a grilled cheese on crappy white bread with it. This cheese isn’t simply versatile. It’s everything at once.

Do I sound crazy? Good. Crazy like a Fox! Don’t take my word for it. Go out and buy it. I personally recommend Kakuna cheddar. 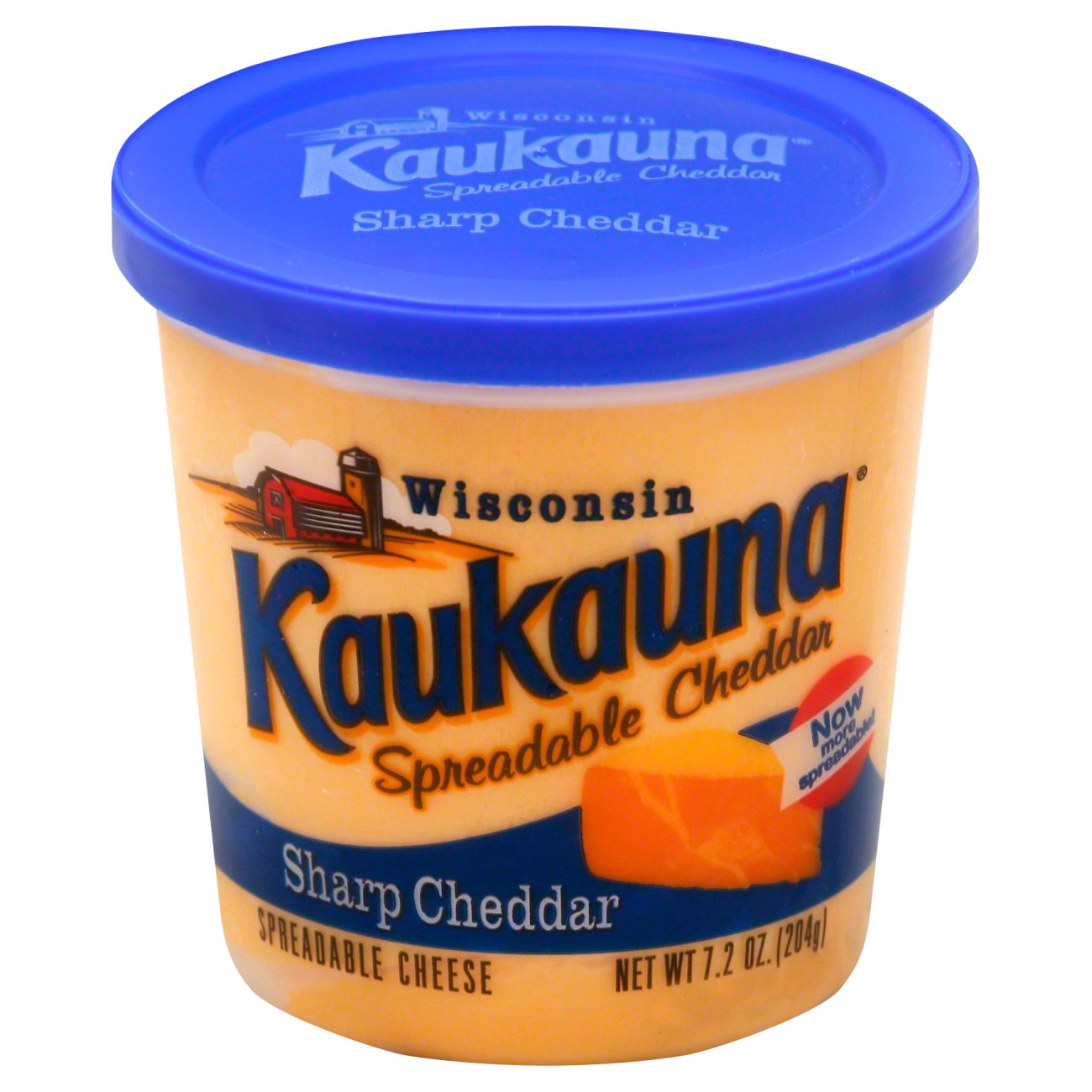 Make sure you don’t take it right out of the fridge and put it on your burger. Let it sit out and soften a little bit.

This cheese will change your burger eating life.

This article was originally published September 14, 2018.

Watch: 15 Best Places to Get Burgers in Texas