Study Shows That White and Black People Do Tip Differently at Restaurants, and Why 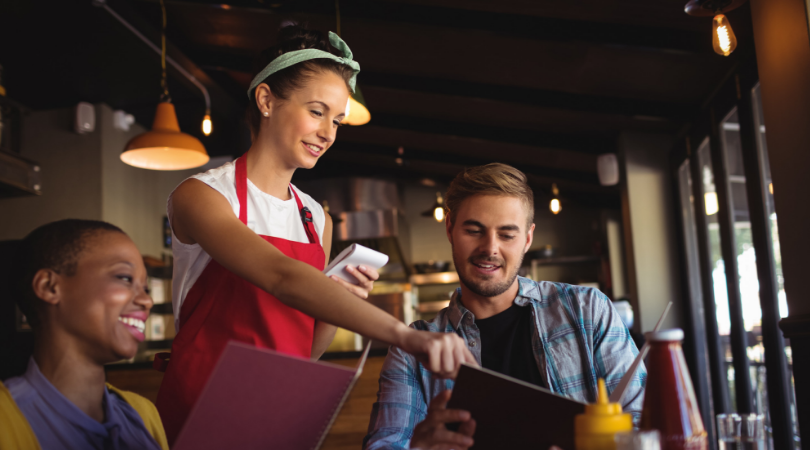 Within the US restaurant industry, blacks are generally considered comparatively poor tippers. One recent survey of roughly 1,000 restaurant servers from across the nation found that 34% thought blacks were “very bad” tippers. Another 36% thought they were “below average” tippers. In contrast, 98% of those surveyed believed whites were “average” or “above average” tippers.

This widespread negative perception of blacks’ tipping practices cannot be attributed solely to racism because it is consistent with a substantial body of empirical evidence. A number of different studies that use different methodologies and different geographic samples have all found that, on average, blacks do indeed tip less than whites in US restaurants.

Some readers may assume that such differences in tipping simply reflect widely documented differences in disposable income across the two groups. Given that tips are purported to reflect the quality of service that customers receive, others may argue that black patrons tend to tip less than their white counterparts because they are, on average, given comparatively inferior service.

How, then, do we account for this difference in tipping? Why do blacks tip, on average, less than whites?
The answer to this question would satisfy more than simple intellectual curiosity. Racial differences in tipping create numerous problems for all the parties involved. Most notably, the observed black-white tipping difference has been linked to the delivery of relatively inferior service to black customers. In fact, in the previously cited national survey of restaurant servers, over half of the respondents admitted that they don’t always give their best effort when waiting on blacks.

While black diners’ perceptions of service quality – and the tips they leave – may not be sensitive to such discrimination, they’re still not receiving the same level of service as they otherwise would (and should) in the absence of this interracial tipping difference.

Additionally, employers’ ability to attract and retain waitstaff is largely predicated on the amount of tipped income that can be earned in their establishments. Therefore, restaurants with a large black clientele may have a difficult time attracting and retaining wait staff, which increases costs, lowers profits, and ultimately makes black communities less attractive places to locate full-service restaurants. Understanding why blacks tip less, on average, than whites would help solve these problems, and could inform efforts to reduce the racial differences in tipping.

Our research indicates that blacks tip less because they believe servers expect lower tips, and they underestimate the tip amounts that others leave. Whereas roughly 70% of whites identify the customary or expected restaurant tip to fall within 15-20% of the bill, only about 35% of blacks do. In addition, blacks, on average, believe that the typical restaurant customer tips about 13.4% of the bill, while whites believe that the typical restaurant customer tips about 14.5%. Together, these differences in perceptions of “what is expected and typical” explain about half of the black-white difference in tipping.

These findings are important: they suggest that black-white differences in tipping could be sizably reduced by publicly promoting social expectations regarding how much consumers should and typically do tip their servers in restaurants (typically 15-20% of the bill).

As important as public awareness campaigns about the restaurant tipping norm are, they are likely to only reduce the black-white difference in tipping by one-half. The complete elimination of this tipping difference requires a more complete understanding of its causes.

To date, these additional causes remain elusive. Nevertheless, what we do know is that this interracial tipping difference exists – as do the negative, downstream effects of such differences: server prejudices and discriminatory behaviors. Failing to acknowledge and openly discuss this issue will only perpetuate a status quo that harms businesses and consumers alike.

This article is republished from The Conversation under a Creative Commons license. The Conversation is an independent and nonprofit source of news, analysis and commentary from academic experts. Read the original article here.