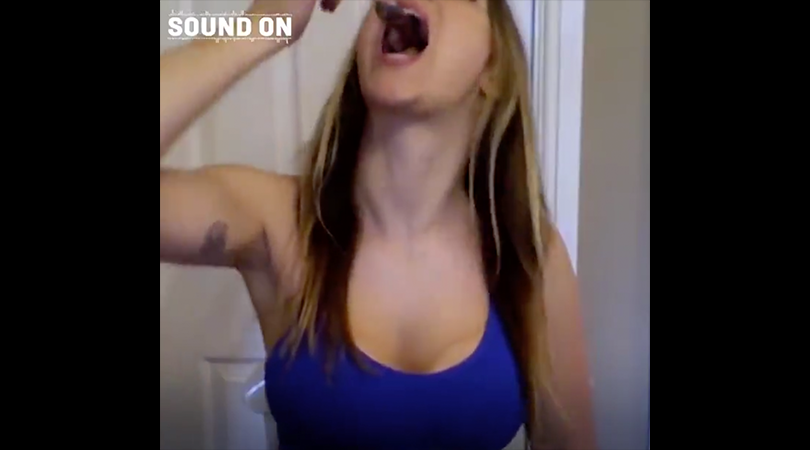 Jizzn’t she lovely? Tracy Kiss, a lifestyle blogger, and personal trainer, definitely thinks one of the keys to her good looks is her daily ingestion of semen procured platonically from various male friends of hers. She takes spoonfuls of the semen, puts the semen on her face to improve her skin, and even tops biscuits with the semen before eating them, using the semen like some sort of human-produced honey. Suffice it to say that Tracy Kiss consumes so much semen that if you took a black light to her she’d glow like a woman-sized chunk of plutonium.

Kiss, who is a vegan, says her sperm supplemented lifestyle helps her get vitamins and nutrients she can’t get from the non-cum filled plants she eats. According to Kiss, her daily DNA smoothies help her both physically and mentally. They improve her mood and temperament as well as her bodily health, both internally and externally.

Here’s a video of Kiss ingesting semen in like eight different ways. Definitely do not watch this at work or if you’re a little squeamish.

This blogger drinks her friend's SPERM every day… and claims it gives her energy pic.twitter.com/EvBlvsAlBW

Anyway, that’s a thing. Now let’s all go rinse our brains of this.

This story was originally published September 18, 2019.

Next: Urine Therapy is a Real Thing and So Many People Are Drinking Their Own Pee