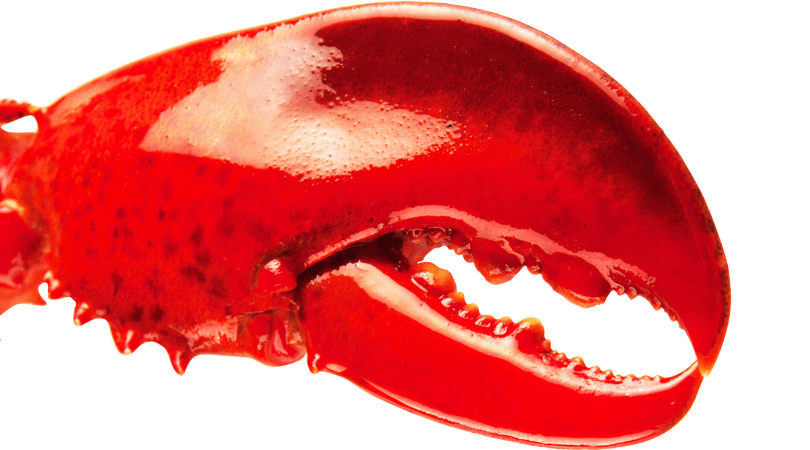 Did America, at some point, test nukes off the coast of Maine? I have no idea where the lobsters these claws belong to are from but I’m glad they’re dead. These things look like they could crush a human skull like an egg. Let us, as men, boil these claws and ingest the strength of the sea monsters they came from.

And, of course, these things are at Costco, the store incapable of selling anything in reasonable portions. There’s probably a Costco lobster farm where some guy in Maine is feeding a tank full of lobsters nothing but protein shakes and steroids. If they ever escape that farmer is going to suffer the worst death imaginable but in the meantime he’s probably raking it in creating and selling these mutant lobsters.

Ginormous “3 lb” LOBSTER CLAW !!!… Have you EVER ?!… This thing is unreal ! I mean, come on. I’ve seen a few big claws at Costco before, but this one’s crazy ! We just had to get it. It might be 1/2 it’s weight in shell, but worth it already. The family’s had their photo ops, now it’s going on the grill. I can’t promise an inside pic, they’re too anxious to eat this monster claw. I hope we have enough butter ?!… . . . #lobster #lobsterclaw #shellfish #seafood #gobigorgohome #foodfinds #lobsters #butter #familydinner

OMG! Costco has THE BIGGEST #Lobsterclaw we have ever seen! 🦞 My hand is in the second photo for perspective! Makes me wonder how big the tail is?🦞🦞#giantseafood #giantlobster #giantlobsterclaw #lobsterinsteroids #foodporn #instafood #isthisketo #wow

The sizes of these lobster are legitimately troubling. The claws — just the claws — range in size from two to seven pounds. Lobsters are a cousin of the cockroach so that means somewhere in the ocean (or on an aforementioned Costco mutant farm) there are basically forty-pound roaches scuttling around. It’s impossible to sleep well knowing that.

I’d say nuke wherever these things live but that’ll probably just make them bigger and meaner and hungrier. Someone could make a Jaws-esque film about these things.

Imagine it. A simple Maine lobster fisherman is pulling up his lobster trap when, suddenly, it’s stuck. He can’t pull it up. He tugs and he tugs but nothing. Then he pulls as hard as he can and falls back onto the dock. The rope has slacked again. The loose rope is laid across his legs. He chuckles. But then the rope goes taut again. It starts getting pulled quickly back underwater. He tries to stop it but it burns his hands. He screams. The rope wraps around his leg and, screaming, he’s pulled underwater. We see bubbles. There’s clearly a struggle going on beneath the surface. The bubbles stop. There’s a moment of peace and then the fisherman’s severed head floats up to the surface. His last, terrified expression is frozen on his face.

Watch: 10 Costco Membership Benefits You Might Not Know About