The Woman Who Invented The Green Bean Casserole Dies at 92 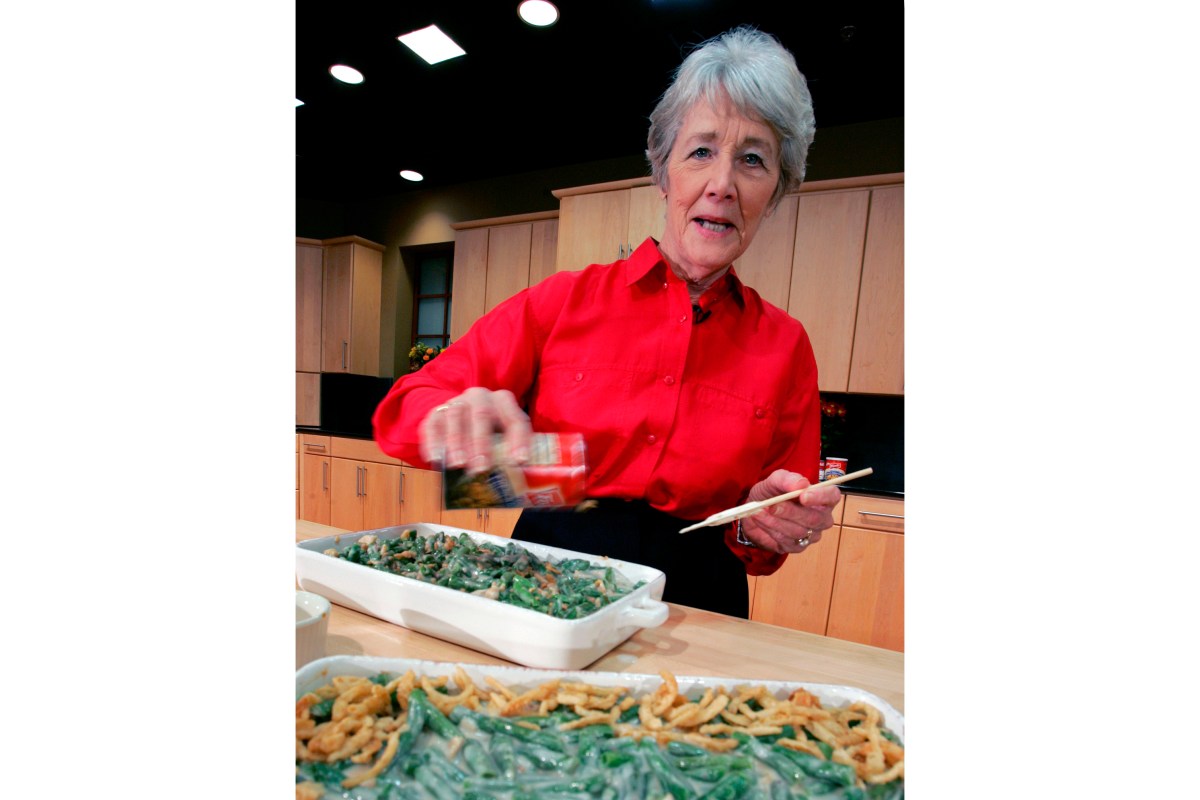 She doesn’t have a household name but her food is found in over 20 million American homes, especially around this time of year. Dorcas Reilly, the inventor and created of the green bean casserole has died at the age of 92 in Haddonfield, New Jersey. Known as the creator of “the mother of all comfort foods” Reilly didn’t go in to work that one morning back in 1955 set on creating one of the most popular Thanksgiving dishes. She was simply creating a recipe for an AP news article to circle.

As a full-time employee of Campbell?s Home Economics department, Reilly was tasked with her test kitchen team to create a recipe using green beans and Campbell?s Cream of Mushroom Soup? two items most American households had in their kitchens. After a few tests, the team settled on the “Green Bean Bake”, a 6-ingredient casserole that included cream of mushroom soup, green beans, soy sauce, milk, black pepper and a topping of French fried onions. It took only 10 minutes to prep and another 30 minutes to bake.

The original recipe sheet shows that the recipe took quite a few tries to get it just right. At one time the casserole included ham, onions, lima beans, and even corn. Now the famous Thanksgiving staple has multiple versions, including one with frozen green beans and a slow cooker version.

The iconic green bean casserole recipe was such a game changer to the Campbell Soup company that they submitted the original recipe card to the National Inventors Hall of Fame in 2002. Today Campbell?s Soup estimates that 40 percent of its cream of mushroom soup sold goes towards making green bean casseroles.

The incredible woman was humble and admired by all. “Dorcas was an incredible woman, whose legacy will live on for years to come. She will be missed by her Campbell colleagues and all those who were impacted by her creativity and generous spirit,” Campbell’s said in a statement. She would share that her first drafts of the recipe were failures, however, with preservice and creativity she was able to create a timeless recipe. She is survived by husband Tom, her daughter Dorcas and her husband Carl; her son Tom and his wife Judi.

Watch: How to Chop an Onion