This recipe is the result of a happy accident.

I got the idea from the young woman who waited on Tyson and me when we went out for lunch recently. She said cheese and ham Hawaiian rolls is her favorite dish to bring to a potluck. It sounded delicious, and I knew I had to tackle it.

* I accidentally measured my poppy seeds in tablespoons instead of teaspoons. That was way too many poppy seeds: 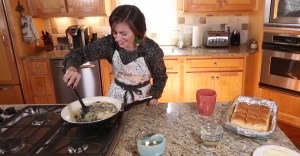 Don’t make the same mistake — unless you really, really like poppy seeds, of course!

It’s not exactly pretty when it comes out of the oven: 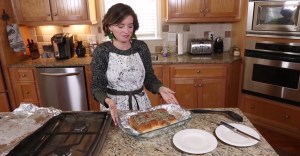 But it tastes pretty great. (Just ignore the sandy texture if you decide to go the excessive poppy seed route.)

Did you know: Poppy seeds contain morphine and codeine. Both can stay in your system for roughly 48 hours after you eat the seeds, according to the U.S. Anti-Doping Agency. So if you’re a competitive athlete, or if you have a drug test on your horizon, it’s best to avoid poppy seeds for a little while!

More of my favorite sandwich recipes