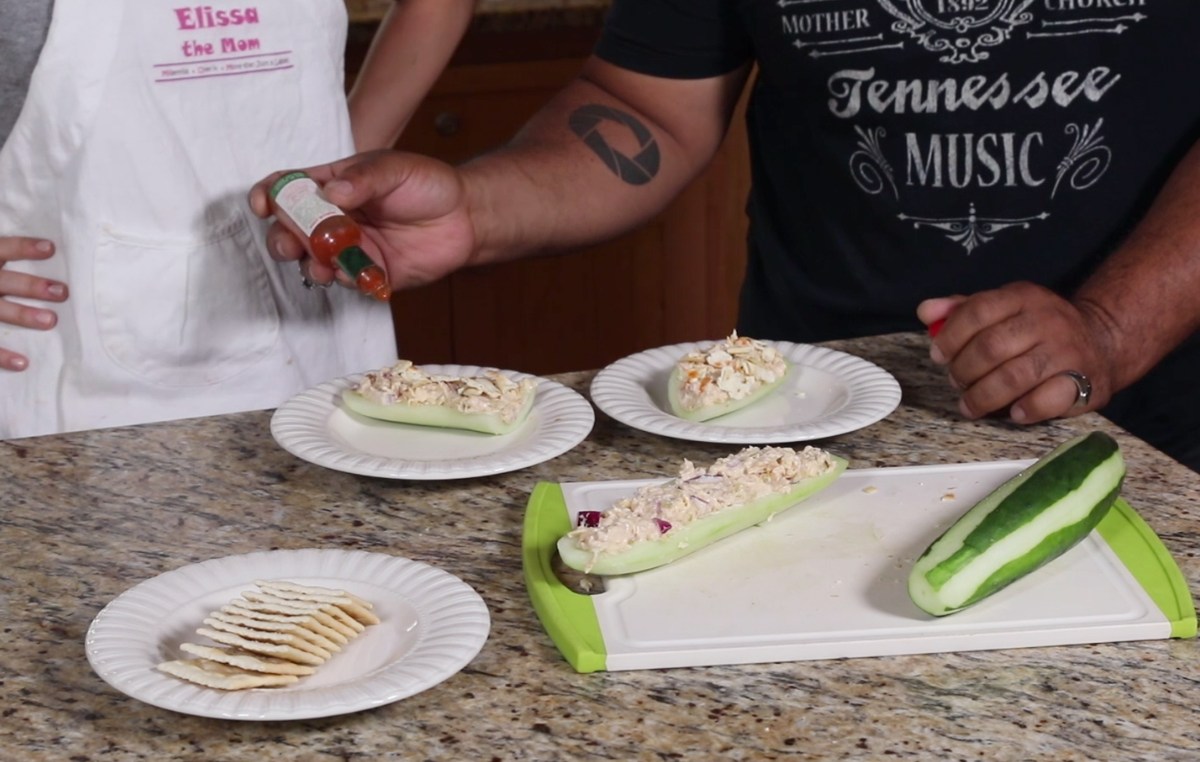 For as long as we’ve worked together, Tyson has been my guinea pig, patiently sampling every single recipe to come out of the Elissa the Mom kitchen.

So, when he told me he’d invented a recipe and wanted to make it, how could I say no?

Tyson loves tuna. While I was making cucumber and onion salad for July 4, he decided he wanted to do something with cucumbers. So, he decided to hollow out some cucumber “boats” and fill them with a tuna mixture.

In true Tyson style, there are no measurements. Use as much or as little of each ingredient as you’d like.

Because Tyson is Tyson, he used way too much Tabasco. But, I have to admit that these tuna cucumber boats taste pretty good. Way to go, buddy.

More fun lunches from Elissa the Mom (and Tyson)