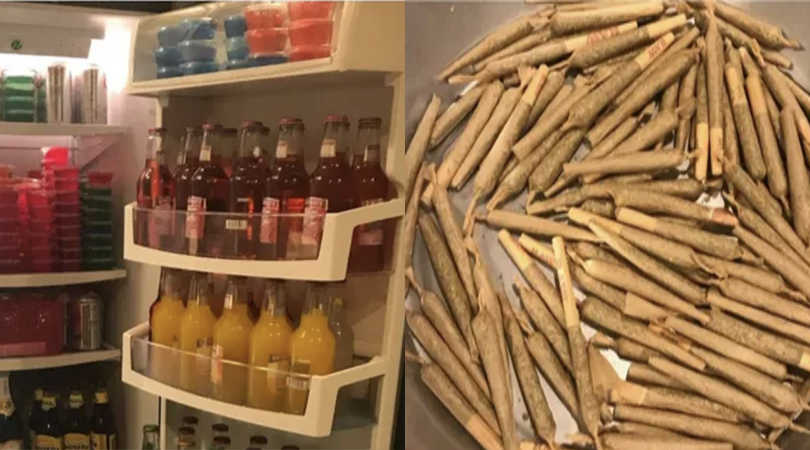 Some Florida teenagers were set to absolutely rage their faces off after their prom was over, but unfortunately, their plans and all the money they used to crowdfund their post-prom shit show went down the drain when police discovered the AirBnB wherein they planned to throw the sort of party that ends with Shock and Awe levels of property damage and shut the whole thing down.

Martin County sheriff’s deputies were informed by a school resource officer at West Boca Raton Community High School that a party likely to be attended by an upwards of 200 high school students was going to go down at a Palm City house on the 3300 block of Southwest Grass Trail. The house was rented as an AirBnB by a 19-year-old and then stocked with an absurd amount of booze (including a ton of Smirnoff Ice) and weed. (For real, feel bad for whoever rolled all those blunts. There was an impressive amount of labor put into that.)

A post prom party – prevented. Hundreds of kids, charter buses, plenty of alcohol and pot. A 19 year old admitted planning it. Even charged 80 bucks a pop to get in. Sure. That’s the story. BUT WAIT. Why didn’t @MartinFLSheriff arrest the party planner? Details at 5 on @CBS12 pic.twitter.com/OXdGmcrvQT

According to the owner of the AirBnB, who lives in Austria, he had no idea a party filled with underage drinking and a mountain of blunts was going to be thrown in the house. Police also didn’t arrest the 19-year-old who rented the house because they did not find him in possession of the marijuana and couldn’t prove it was his.

Oof. What a massive blue balls for all those kids. They had the night of their lives ruined, likely because they couldn’t shut the hell up about it. A school cop heard about it and immediately called the county police. Loose lips sink ships, guys. Either that or there was a narc in the class. A narc who cost these kids hundreds if not thousands of dollars and should pray to God no one discovers their identity any time soon.

It’s okay kids, you’re about to go to those parties for the next four years. You’ll survive.

Watch: Busch Beer Wants to Pay For Your Wedding and Supply the Beer and Officiant