Depending on Your Genes, French Fries Might be Healthier than Salad 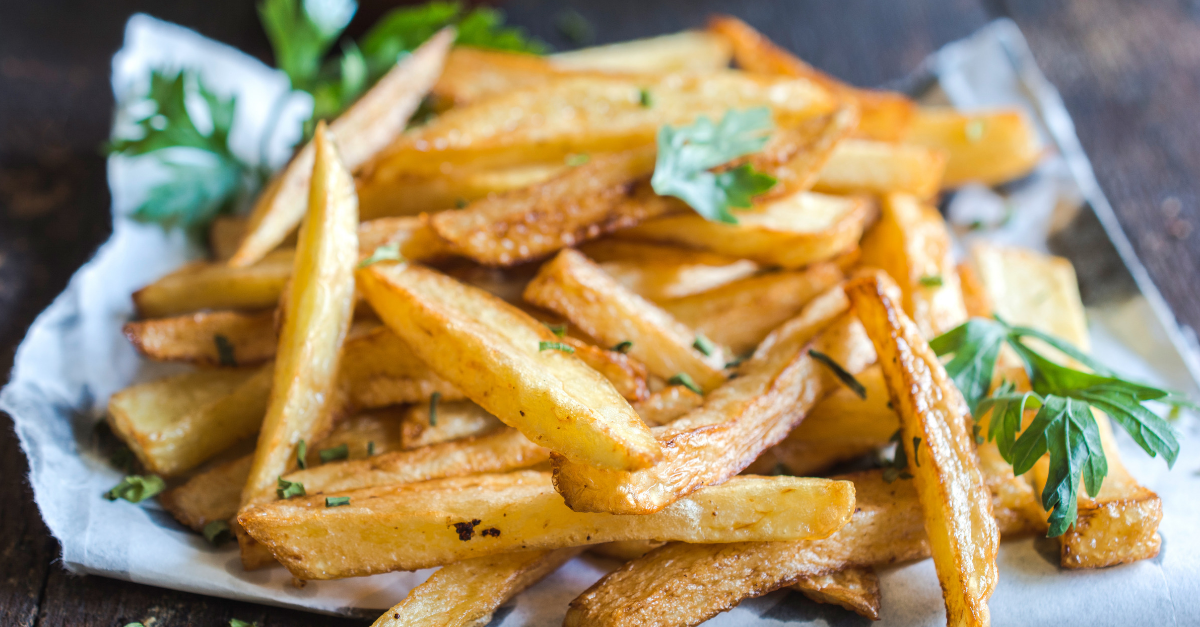 You can go get tested to see if your genetic and gut bacterial makeup make french fries “healthier” for you than a salad but chances are that, no, deep fried salted potatoes are not healthier for you than vegetables. Not even if those vegetables are slathered in a bleu cheese dressing so thick that it could drown out even the most fiery and butt obliterating of habanero wings.

There is, however, a study that says you might maybe possibly but probably not be better off eating french fries than salad, should you have genetics only slightly less unique than Spider-man’s.

From The Grapvine explains:

“The huge differences that we found in the rise of blood sugar levels among different people who consumed identical meals highlights why personalized eating choices are more likely to help people stay healthy than universal dietary advice,” Professor Eran Segal of the Weizmann Institute in Israel, said.

So, basically, a food that’s good for one person might not be good for another. In extreme cases, french fries might be better for you than salad, ice cream might be better for your blood sugar than bananas, etc. But trust me, you’re not that lucky. Don’t believe me? Think about all the other lucky stuff that’s happened to you. Pretty short list, right? Yeah. And this ain’t on it either.

Most likely this affects the few people you know who can eat absolutely anything and not gain a pound. Those who have the metabolisms of an Olympic swimmer who is addicted to meth. Of course french fries don’t affect them. Nothing does.

You, on the other hand, are going to have keep eating salads and veggies to be healthy, no matter how much you wish instead that those carrots and lettuce leaves were actually a Pizza Hut donut crust pizza stuffed with nacho cheese.

Watch: More Food That is Delicious but Definitely Not Good For You