This Three-Pound Cinnamon Roll is the Size of Your Head 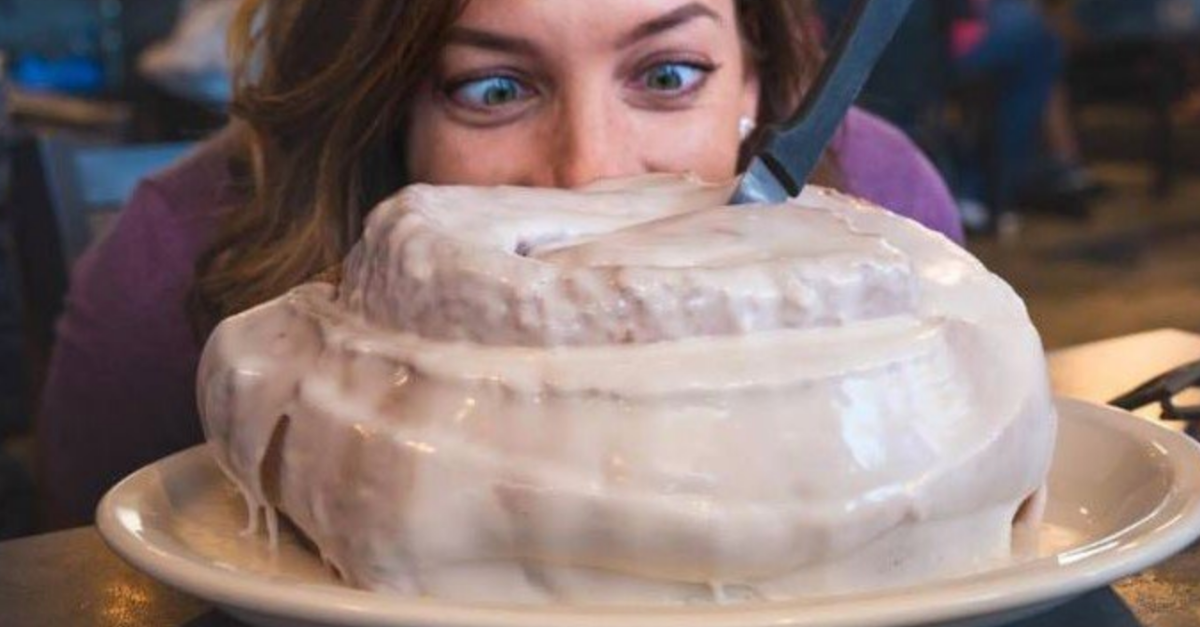 Lulu’s Bakery & Cafe in San Antonio, Texas makes a cinnamon roll so big that no one who has ever finished it by themselves didn’t immediately become diabetic. An Ebola patient could sneeze into your mouth and you wouldn’t develop that disease as quickly as you’d get diabetes from eating this frosted monster. If you were to write a horror movie specifically designed to scare Wilford Brimley this 3-pound cinnamon roll would be the monster in it.

Based on this video of a three pound Lulu’s famous cinnamon roll being made, eating this would change your blood type from O-negative, A-positive, or what have you, to “just butter.” It’s tempting to call the amount of butter basted onto this thing egregious, but that would imply that there were restraint and modesty being exercised somewhere else in this creation. There is not. It’s no wonder this thing was featured on Travel Channel’s Man vs. Food.

Lulu’s is open 24 hours a day so if you felt like wrecking yourself with one of these things at three in the morning, you could. In fact, eating one of these at the end of a night out drinking might prevent a hangover. A hangover from alcohol, anyway. You’d just be hungover from eating this instead.

Lulu’s will also ship you one of their famous three-pound cinnamon rolls for just $11.99. (This seems like a pretty perfect thing to have ready to go for Christmas morning.) The cinnamon roll isn’t the only giant piece of food Lulu’s serves either. The restaurant prides itself on “serving Texas-sized portions at reasonable prices.”

Another famed creation of theirs is their award-winning chicken fried steak. It too is big enough to put you into a twenty-year food coma. This place serves more calories in an hour than a vegan restaurant serves in a year. Just like it should be in the great state of Texas.

Watch: 12 Food Combinations You?ll Only Get If You?re from the South