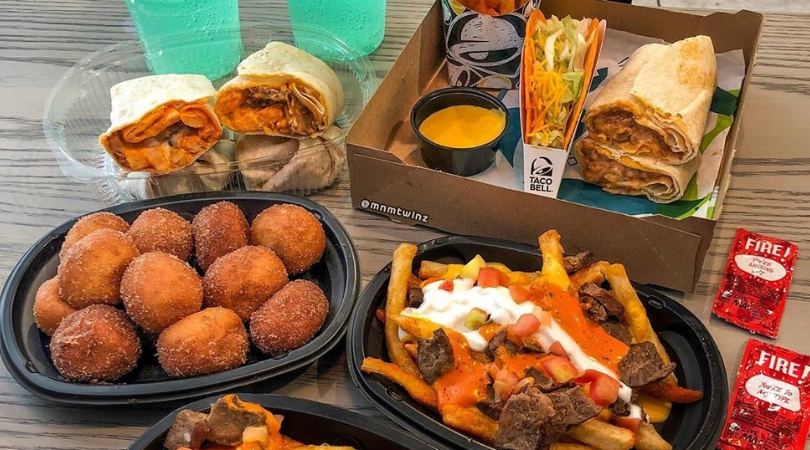 It looks like The Harris Poll is back this year with their “Brand of the Year” awards, and I have to admit, some of these results really shocked me. In case you don’t know what the Harris Poll awards are, every year (you can see  last year’s list here) they reveal their Annual EquiTrend Study that shows the strongest brands across the media, financial, travel, entertainment, retail, restaurant, technology, automotive, household and nonprofit industry based on consumer response.

This year’s 31st edition of the EquiTrend Brand Equity Index is composed of three factors, which are quality, familiarity and purchase consideration that results in a brand equity rating for each brand. Those brands with the highest ranking in equity will then receive the Harris Poll EquiTrend “Brand of the Year” award for their respective categories. For 2019, there were more than 45,000 US consumers who assessed nearly 2,000 brands across 196 categories.

So, brace yourself, because this list was sure random and confusing all at once, but it’s what Americans really really love. Here are the best brands in food-related categories.

Yes, this year’s big winner was In-N-Out Burger bumping last year’s winner, Five Guys, to third place. The American regional chain is primarily located in the Southwest and the Pacific Coast. Founded in 1948 by Harry and Esther Snyder, the burger chain has become a classic favorite and has expanded outside Southern California into the rest of California, as well as in Nevada, Arizona, Utah, Texas, and Oregon making it a total of 344 locations.

Texas Roadhouse has made the list once again! Last year, the Best Casual Dining Restaurant actually ended in a tie with The Cheesecake Factory, but Texas Roadhouse decided to bump them off the list and go solo. Did you know that the chain serves at least 300,000 meals a day at the steakhouse’s more than 500 locations across seven countries and 49 states? So yes, safe to say they deserve this recognition. Plus, have you tried their yeast rolls? Delicious. They are freshly baked every 5 minutes, so you know they will always be warm as soon as they set them on your table.

Surprised? Nope, me neither. Who doesn’t like Chick-Fil-A? Not only does Chick-Fil-A have the best food out there, but have you heard everything their employees do on a daily basis to please the customers? A manager was just in the news a few months ago for helping a customer with his flat tire! So yeah, of course Chick-fil-A was going to make the list. The chain has always preached people over process, and let’s not forget about that fast service. It is also said to become the third-largest fast-food brand in the U.S. by 2020.

When they ask you how you take your latte… 📸: @chapelhillfoodie . . . Get a medium hot or iced latte or cappuccino for $2 between 2–6pm.

Alright, who conducted this survey? I need some answers. Don’t get me wrong, I think both donut shops here are good, but that’s exactly what they are. Donuts. Not coffee shops, people. They are simply establishments that serve coffee along with donuts. I get that it’s convenient to get your coffee at a donut shop, but I highly doubt it’s the best one out there. Good? Yeah, of course, I’ll take a dunkin’ coffee any day. But the best? Hmm, I’ll have to think about it.

I will say that it is still impressive how many doughnuts they both make on a daily basis. Did you know that Krispy Kreme stores make between 3,000 and 12,000 doughnuts per hour? Yup, that’s a lot of dough alright.

Making its debut, UberEats is officially the best delivery app. Which was expected, if I’m being honest. The American online food ordering and delivery app was officially launched by Uber itself in 2014. As of November 2018, the company reported making food deliveries in more than 200 cities in 20 countries. For those of you who don’t really know what UberEats is, basically, a user can read, order and pay for their food through the app using either an application on your IOS or Android platforms. Then, it’s delivered straight to your door without any hassles. It’s really convenient for those lazy Saturday mornings when you don’t want to leave your house.

Yeah, our mouths are on the floor too. The Flamin’ Hot Cheetos Crunchwrap Slider from Canada is a signature limited time menu item. Link in bio to see more international menu items. 🇨🇦

Boy, oh boy. Taco Bell has made the list once again and is still the running champ for the best Mexican Restaurant. Back in 2016, Chipotle received the number one spot but was quickly taken by Moe’s in 2017. Taco Bell, however, decided to stay on top of it this year. Honestly, I am pretty shocked at this one, too. I really can?t imagine people actually enjoying this on a regular basis. Usually, if I were ever to eat Taco Bell it’s because I have had one too many beers and it?s 2 am. Would I call it the best Mexican food? No, obviously not, which is why I was taken aback. But hey, it’s been the champ two years in a row, so…it must be doing something right, right?

Based in Toledo, Ohio, Marco?s Pizza is the best Pizza chain there is! The chain has been around since 1978 and is known for serving authentic Italian quality pizza. Apparently, people love Marco?s so much that they named it the ?Most Loved and Most Trusted Pizza Restaurant Brand.? Marco’s currently has 900 stores in the U.S. but plans to hit 1,000 stores this summer, and could even reach 1,500 by the end of 2020. If you put the math into it, that’s three or four restaurants a day. Impressive.

I’m just going to go ahead and say it, this is definitely the best one on the list. If you have never been to Panera Bread, you are missing out. Their soup and salad combos are everything and more. It?s the place you want to go have lunch at if you want a light meal, but still fill yourself up. Panera currently has over 2,000 locations, which are located in the United States and Canada. If you find yourself anywhere near Panera this summer, make sure you get their Summer Corn Chowder soup. It?s to die for!