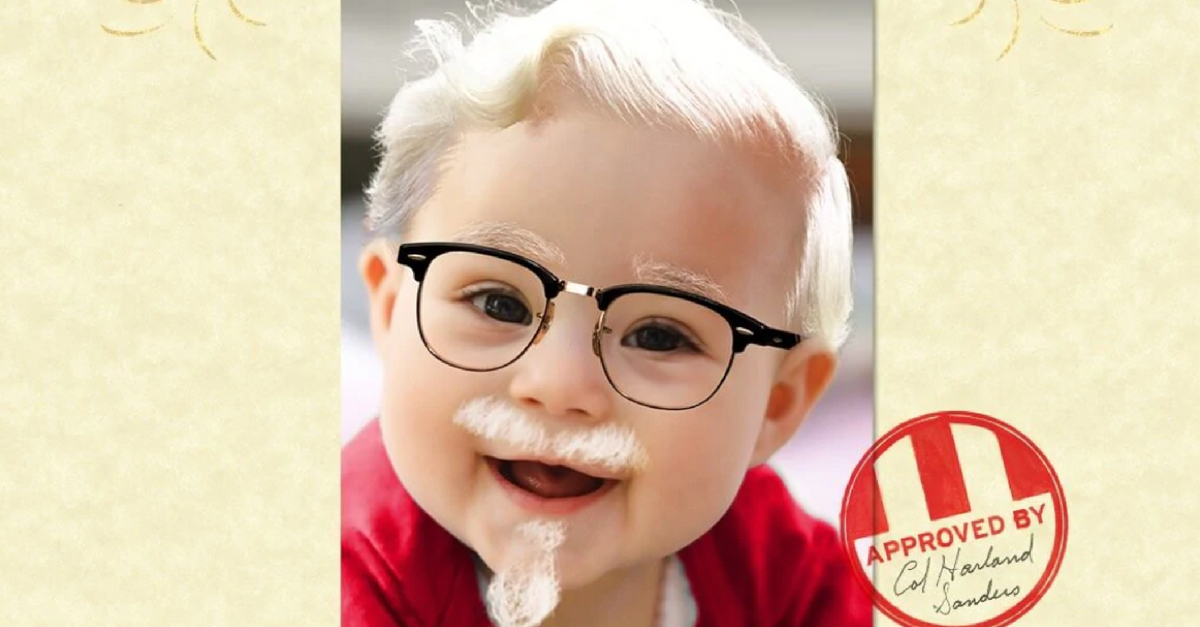 Want to have a funny story about naming your kid that your child will never forgive you for? Then do we have an opportunity for you! Kentucky Fried Chicken is offering to give $11,000 worth of college tuition to the first child born on September 9th, so long as that child is named Harland, after their beloved founder, Colonel Harland Sanders.

Why September 9th? That’s the good Colonel’s birthday, of course. You can sign up here for the chance to give your child an old-timey name in exchange for what will probably only be enough money to pay for textbooks by the time he or she is actually in college.

Though this sounds like a kind of stupid idea to actually go through with, I am actually one-hundred percent for this. Harland isn’t a terrible name and, more importantly, the only people who would actually do this were probably planning to name their kid something unbearable anyway. Like Jaxon, or Kaydin, or Ryder, or Harly, or Brinten. (I could go on.)

This competition is going to save countless children from having terrible Walmart names. Unfortunately, though, only one baby will get the money. The first one born between midnight and 11:59 eastern standard time on September 9th of this year. It’s the most depraved race for eleven thousand dollars ever conceived.

Hot take: this is a Ghostbusters 2 ploy. KFC is trying to put the soul of the Colonel into the body of a newborn child so he can reign over all the fast food world once more. By participating in this you’re risking your newborn baby’s soul being shoved out of its own body and replaced with that of a 90-year-old chicken magnate. These people created a sandwich where the bread is fried chicken. They’re capable of anything.

But then again, eleven grand isn’t nothing.

Watch: Our 10 Juicy Picks for the Best Fried Chicken in Texas