Lay’s New Flavors Try to Capture the Tastes of America; Do They? 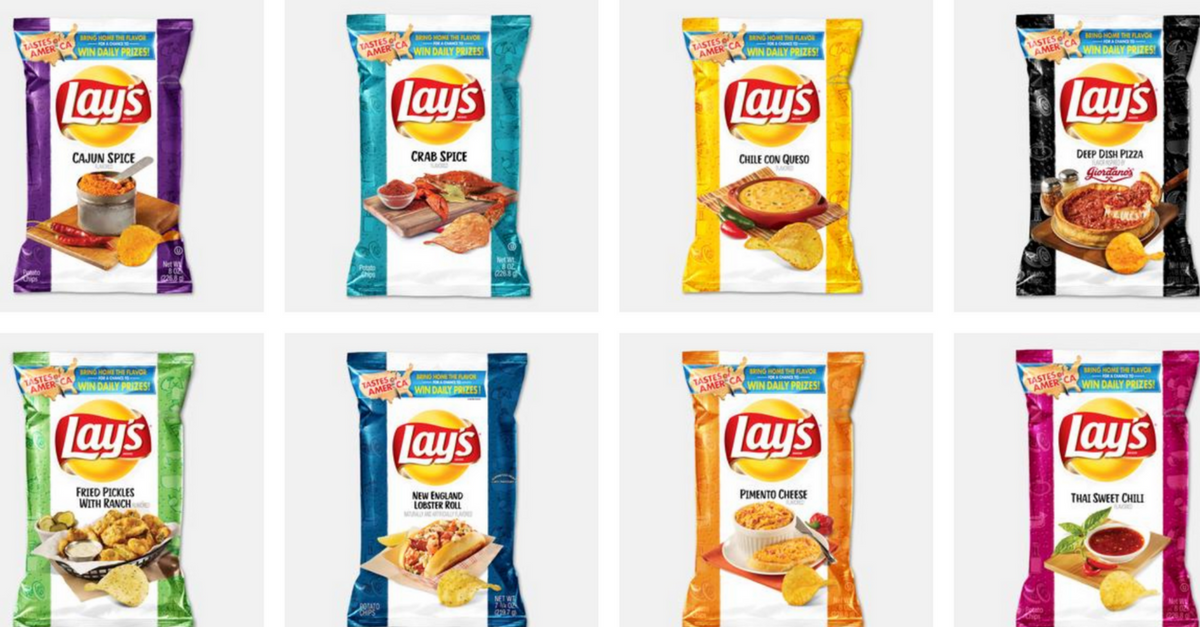 Lay’s released a slew of new potato chip flavors out to capture the different Tastes of America and… they mostly seemed to nail it.

Here’s a list of the new flavors from Lay’s Tastes of America:

Fried Pickles with Ranch – The Midwest

Ketchup – The North and North Midwest

Not a lot to argue with here. The flavors of the United States seem to be pretty well covered by Lay’s.

That said, as a Midwesterner myself, fried pickles seemed like a little bit of an odd choice. That definitely was not something I grew up on, but hey, if hordes of Kansans, Iowans, and Nebraskans are shoveling fried pickles into their mouths the way I shoved Toasted Ravioli into mine, who am I to say it isn’t Midwestern? (It also, admittedly, sounds like something Midwestern… or Southern).

The ranch part, on the other hand, is spot on. Midwestern folk love ranch dressing the way French love wine — in that, we have it with every meal. You could probably convince someone from the Midwest to eat fried broken glass if you offered a side of ranch dressing with it.

The only other real eyebrow-raiser on the list is the ketchup flavored chips. Ketchup itself is, yes, quite American. Ketchup chips, however, are a notoriously Canadian snack. But maybe, like flannel, hockey, and maple syrup, this northern treat seeped down south. That’s unfortunate because it sounds like a legitimately disgusting flavor. They couldn’t just give us Poutine?

Hey Lay’s, here are some flavor recommendations for your next Taste of America series: