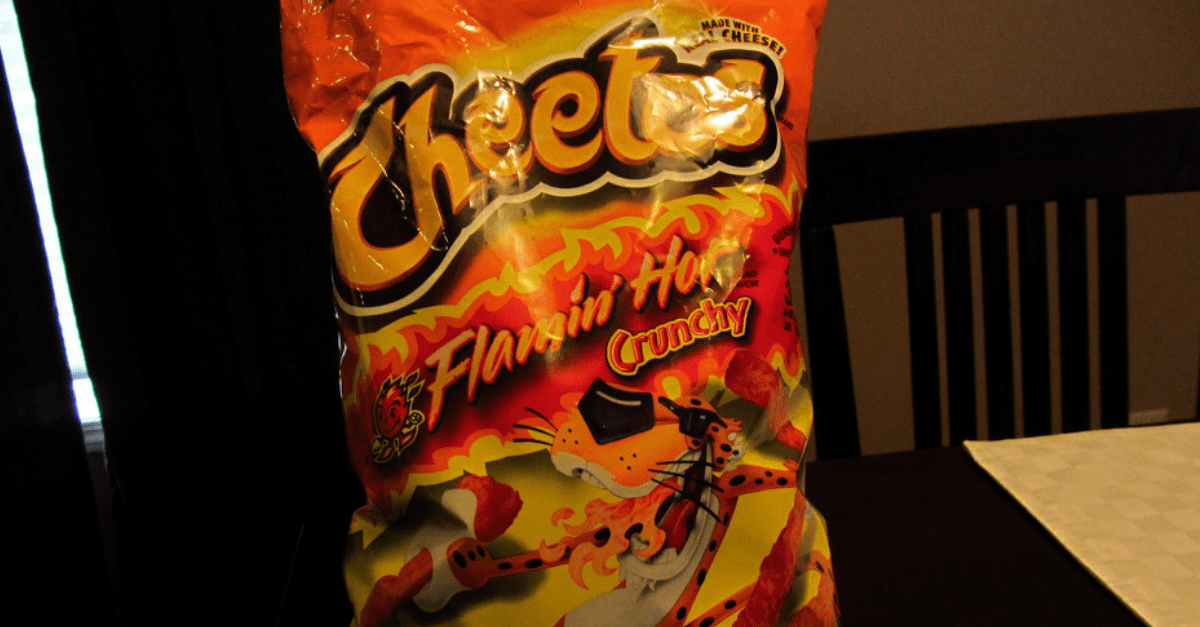 Sure why not. Rapper Lil Xan was hospitalized with one of the most Gen Z medical conditions ever conceived: an overdose on Flamin’ Hot Cheetos. The rapper said he was packing for his latest tour and couldn’t stop munching on the addictive snack. After taking down what had to be an obscene amount of Cheetos Lil Xan said the overindulgence ripped something in his stomach open. Then he puked some blood.

The rapper admitted all of this in a post on Instagram, reassuring fans that, hey, don’t worry, he’s smart enough to not OD on drugs. He just ate ten pounds of snack food and started puking blood. It’s all good.

So, there’s probably one of two things going on here. I’m going to lay my theories out below.

The first possibility is that Lil Xan ate a lot of Flamin’ Hot Cheetos — this much is a fact — but not enough to actually make his stomach start ripping. Rather, he ate enough to give himself a monster stomach ache. Then he spit up a little bit, and his throw up was red. Like blood. But also like, wait for it, Flamin’ Hot Cheetos, which are bright red. Lil Xan was probably in all sorts of new and terrible pain. He had the kind of acid reflux that almost no 21-year-old understands. Meanwhile, it’s the sort of heartburn everyone over the age of 40 who decides to go crazy and have some mild salsa before dinner knows all too well.

I’m skeptical Lil Xan actually ruptured his stomach if only because almost everyone that age eats like a lunatic. The number of times I got stoned and ate 5,000 calories worth of pizza rolls, Jack in the Box, and Taco Bell is both impressive and horrendous. Lil Xan has a young stomach. It can handle a lot.

The second possibility is that oh my God maybe Lil Xan really did literally eat ten pounds of Flamin’ Hot Cheetos and it made his stomach rip open.