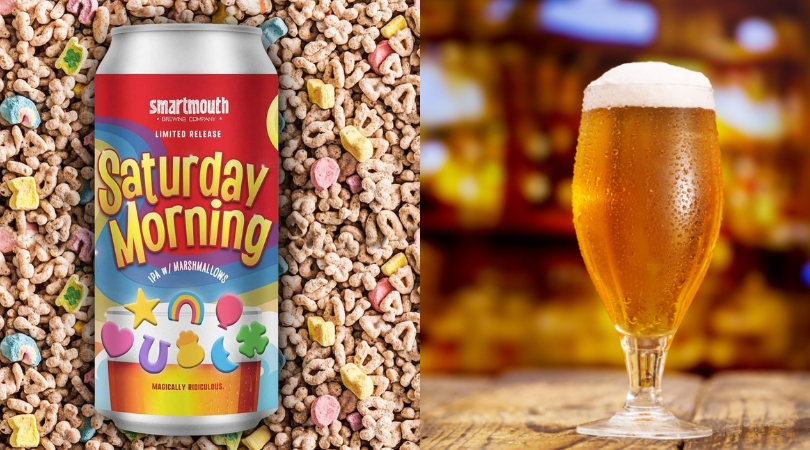 Some people can’t leave things alone. Like Smartmouth Brewing Company, who decided to ruin all our childhood dreams and create a Lucky Charms beer. Seriously. The beer is said to be delicious and “magically ridiculous”, which I don’t really know if that’s accurate but sure, okay, I’ll play along.

The brewing company, located in Virginia, said they are creating the “beer of the wonder years” since it tastes exactly like frosted Lucky Charms cereal. The Saturday Morning IPA is made with a pound of cereal marshmallow along with fruity Calypso hops. Because who doesn’t love cereal and beer on a Saturday morning while watching the news.

The IPA is said to have an ABV of 6.6 percent and will be released on draft and in 16-ounce cans starting on March 2nd. The company will distribute the beer to bars, restaurants and grocery store beer aisle across Virginia. As far as the brewing process for the beer, well who knows. I bet they just pour all the cereal inside a bucket, mix it all up, drain it and voila.

To celebrate the launch, the company is hosted a special “Saturday Morning All Day” event, where guests were able to play board games, visit a comic book stand, and participate in a Super Smash Bros. tournament. So 90’s!

I seriously can’t picture this tasting good…alcohol and cereal should not mix together. Milk, that’s the only thing that should be eaten with cereal. That’s it. People nowadays try to fix what isn’t broken, and people just follow along. Nope, this is going to be a no for me. Can we just stick with regular beer?

But you know what they say, don’t knock it till you’ve tried it. So, can someone try this and get back to me? I’d love to hear your opinion on it. Props to Smartmouth Brewing Company for thinking outside the box with this one.

This article was originally published on February 25, 2019.