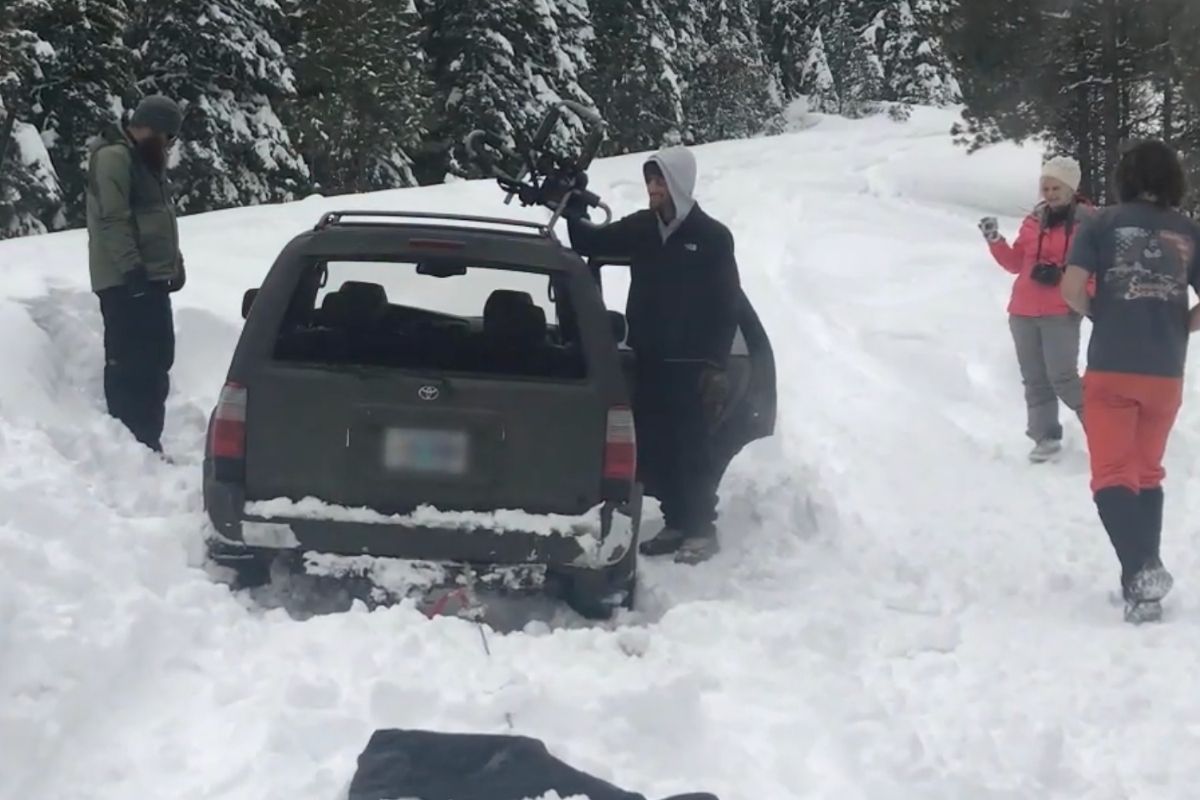 A man in central Oregon who found himself stranded in his car with his dog for five days because of a massive snowstorm says he survived by eating packets of Taco Bell hot sauce he had laying around and periodically starting the car to keep himself warm. Presumably, when the car wasn’t running the man warmed himself with the evil farts he was released due to his 5-day diet of only Taco Bell hot sauce.

Seriously, when his rescuers finally reached the man’s car and opened they probably thought there were ten dead bodies in there. Can you imagine what kind of nightmare Dutch oven this man had created? It’s a testament to how cold the weather was that all the snow around the car didn’t melt from this man’s gas, which had to be so heinous it could’ve cleared every trench on the Western Front of World War I.

Taco Bell to The Rescue!

What does the fart of a dying man whose stomach is filled with only Taco Bell Fire Sauce? Hell’s septic tank? Only a brave few souls know.

But thankfully Jeremy Taylor, 36, got out this snowy, farty predicament alive and without having to eat his dog, Ally. According to Taylor, he and his dog got stuck in deep snow on a U.S. Forest Service road on February 24th. Taylor decided to sleep in his car overnight and get out in the morning but when he awoke he found even more snow. At first he and his dog tried to hike out but it was too cold and there was too much snow to navigate safely. Taylor went back to his car with the dog and began playing a pretty terrible version of the waiting game.

This is now actually true.

Editors Note: This article was originally published on March 4, 2019.