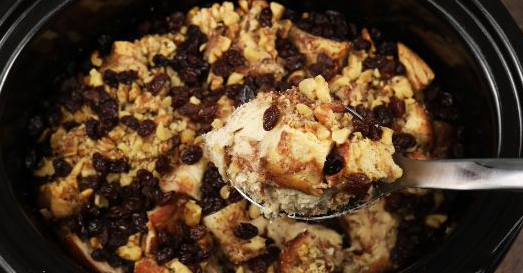 Could you never get enough Cinnamon Toast Crunch when you were a kid? If so, this breakfast creation is definitely for you.

This cinnamon swirl French toast from Cooktop Cove is made in a slow cooker, so preparing it is a snap. Best of all, you can even add rum, which truly makes it the “adult” version of the classic cereal.

RELATED: Easiest dessert ever: The peaches ‘n cream dump cake has 5 ingredients and is made in a slow cooker

Get the full recipe from Cooktop Cove.