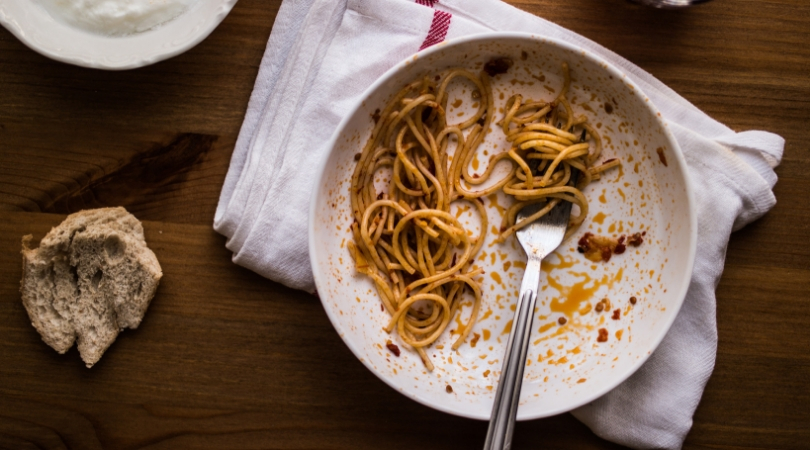 Okay, before I start, I want to say that this gave me so many chills! Personally, because I always eat food that has been in my fridge for more than 3 days, at least. I mean, it happens. I forget how long it’s been there, get hungry, and well, I eat it. Admit it, you do too. But it turns out that sometimes, that’s not the best idea.

A 20-year-old student from Belgium, known as “AJ”, is the best tragic example as to why we should always be aware of how we properly store our food to avoid life-threatening illnesses. Turns out, AJ had kept a bowl of spaghetti in a Tupperware container at room temperature for five days before eating it, which caused him to contract severe food poisoning. This ultimately led to his unexpected death only hours after he had finished the bowl.

According to health experts, the case occurred in 2008.  The Journal of Clinical Microbiology decided to re-open the investigation in 2011 to find out how and why exactly the 20-year-old died.

The report stated that AJ had reheated the 5-day-old pasta, and ate it before heading out to “a sports activity.” However, the student knew something was wrong when immediately after eating it, he started feeling nauseous. 20 minutes into practice, AJ started to get abdominal pain and a headache and decided to go back home. When he arrived, he allegedly vomited profoundly for several hours and at midnight had two episodes of watery diarrhea. The athlete did not receive any medication and only drank water to help him through the night.

Naturally, as we all think whenever our stomach hurts, both AJ and his parents thought he had minor food poisoning. The next morning AJ’s parents were concerned after not hearing from him for several hours. They went to his room at around 11 a.m. and realized their son wasn’t breathing.

After an autopsy was conducted, studies showed he had died at 4 a.m. due to the deadly bowl of pasta and the harmful bacteria it had developed throughout the days. A post-mortem examination of the leftover pasta showed the student had contracted a particular bacterial trace of Bacillus Cereus. The bacterium is responsible for “fried rice syndrome”, which is a food poisoning commonly caused by leaving fried rice dishes sitting at room temperature for more than several hours. Doctors found AJ had acute liver failure, known as Macroscopically brown and moderately soften liver and ascites, speeding the extreme nature of the incident due to the bacteria that eventually destroyed AJ’s liver in a matter of hours.

Although a case as acute as this is unusual, AJ’s tragedy provides a lesson in the importance of food safety. Health experts recommend that all leftover be sealed and left in a refrigerator to minimize the risk of any infection. The most important thing to remember is if there is any doubt over the quality of what you are going to eat, it’s better to throw away the food rather than risking it.

The FDA stated that while the American food supply is among the safest in the world, there are around 48 million cases of foodborne illness annually. This equals 1 in 5 American being sick each year where an estimated 128,000 hospitalization and 3,000 deaths occur.

The Food Safety and Inspection Service recommend the following tips to avoid any illness: