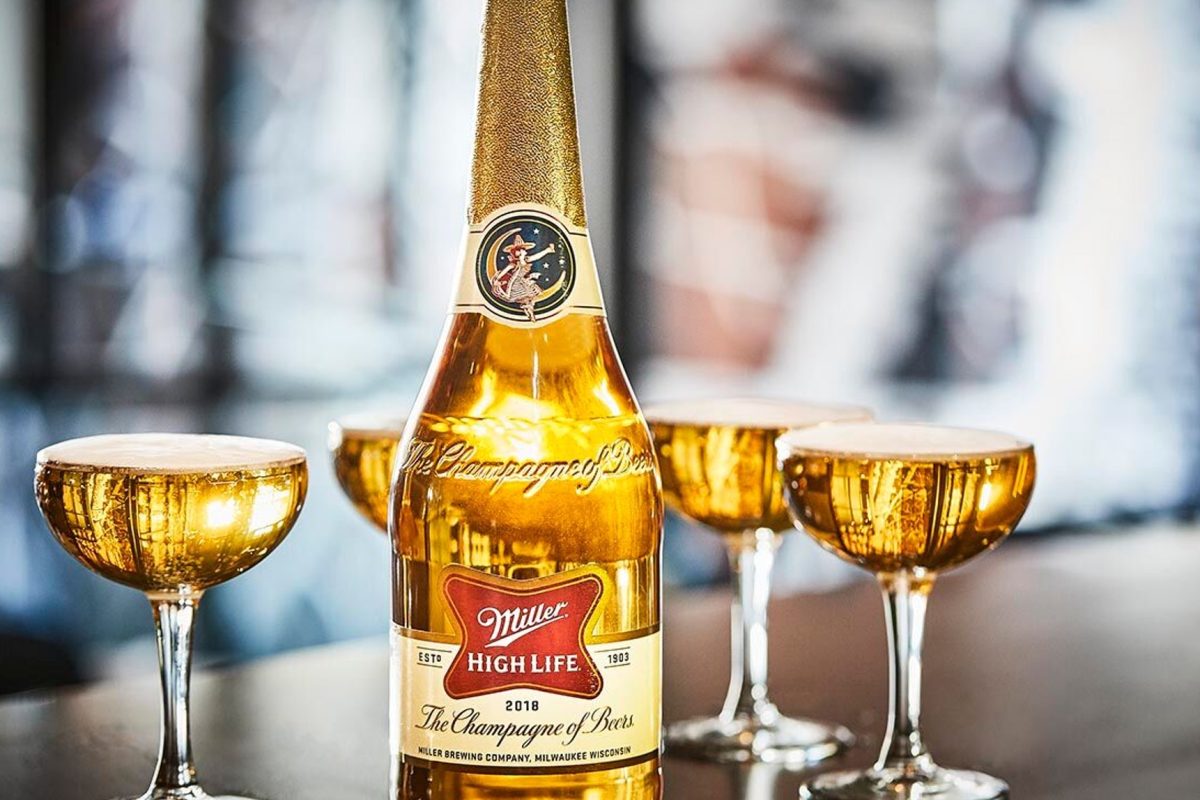 Nothing says party more than pulling out a case of Miller High Life, “The Champagne of Beers.” Since the early 1900s, Miller High Life found itself to be on the forefront of stylish beer. And this year is no exception. To kick off this year’s holiday season on a classy note the Milwaukee-based beer brand is taking their catchphrase literally. Like, literally serving their beer in 750-milliliter champagne-shaped bottles.

Going back in time, the turn of the 20th century was a time to head out to the saloon to grab a beer. Taking home the bubbly beverage in a bottle was unheard of, that is until Miller Brewing Company (now MillerCoors brewery) started producing glass bottles in 1903. The clear bottle, which featured sloping shoulders, looked just like a champagne bottle. And better yet, in the beginning, all of their bottles featured an ornate foil that covered the cap, just like a fancy bottle of the finest champagne.

This year isn’t the first year the beer brand took their catchphrase literally, but it is the first time these limited-edition bottles will be available nationwide. A spokesperson for the brand shared that the large beer bottles have made appearances in Milwaukee and Chicago, but this year it’ll be relatively simple to find a fancy bottled beer in a store near you.

The upscale bottles feature a tapered neck wrapped in gold foil. However, don’t get too excited about popping the bottle and spraying your friends with chilled beer. The top is a normal bottle cap, but we aren’t complaining.

Starting this month beer lovers can purchase the 750-milliliter Champagne of Beer Bottles for only $3.49, a lot cheaper than a bottle of sparkling wine. The bottles will be on a limited time run, so grab a few bottles to stock up for New Year’s Eve.