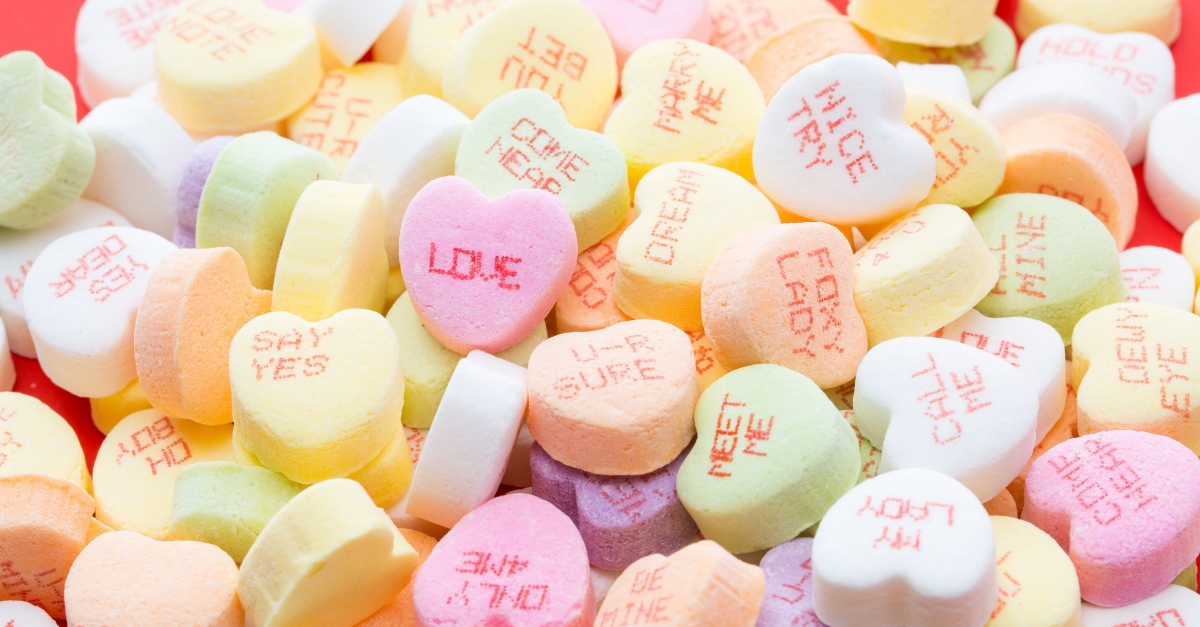 It’s the candy saga that never ends. Sweetheart candies have been miraculously saved by a knight riding in with shining banana-flavored circus peanut armor. Yep, that’s right,  Spangler Candy Company, the producers of Dum Dums and Circus Peanuts, has stepped up and bought Sweetheart candies and Necco wafers for a price tag of $17.3 million.

If you haven’t been keeping up with the candy drama, let’s get you up to speed. Back in 1901 three confection companies, Ball and Fobes, Chase and Company, and Bird, Wright and Company joined together to become the New England Confectionery Company (Necco), in the greater Boston area. The company grew and with it, so did candy favorites such as Clark Bar candy bars, Mary Janes, Necco wafers, Squirrel Nut Caramels, and of course, Sweethearts Conversation Hearts.

However, as much as Valentines loved receiving “Be Mine” candy hearts, the Necco factory started to flounder and in 2007 a buyout of Necco was successful by the private equity fund American Capital Strategies. In 2010 the company was listed for sale with a New York broker, however, the sale was canceled. And in 2013 the company was sued by the United Service Organizations in the U.S. District Court for using their trademarks even after they had expired in 2009.

Necco, grasping at straws, sold their Revere complex which housed their manufacturing center and continued to lease it. By March 2018 Chief Executive Michael McGee stated that most workers of the factory would have to be laid off if a buyer was not found. This led many candy fans to flood the internet with orders of their last candies, and on May 23, the assets of Necco were purchased by Spangler Candy Company for $18.83 million at a bankruptcy auction. Necco declined to close the deal without a price reduction and with it, the Spangler company backed out. Necco ultimately sold the company to Round Hill Investments LLC for $17.33 million.

As the tables turned, Round Hill announced they had found a mysterious confection buyer and it was none other than Spangler Candy Company who successfully got the price reduction they wanted in a very round-about way.

The new owner has announced that they will continue to make Sweethearts candy after overcoming a few manufacturing issues. The candies are said to be back on shelves by Valentine’s Day 2020.