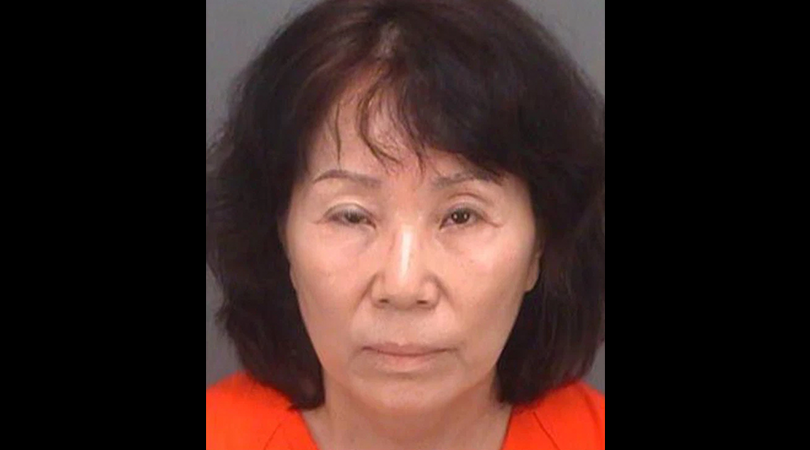 A Florida woman has been accused of popping a squat and peeing into an ice cream machine at an ice cream shop while it was churning some freshly made, ready to serve ice cream in what is, somehow, the most disgusting to picture crime out of the state of Florida that I’ve ever heard of.

Jung Soon Wypcha, who police say was an employee at a business adjacent to Lu Lu’s Ice Cream Shop, was also accused of picking her nose and then sticking her fingers into ice cream containers. Wypcha was caught on video using the bathroom with the door open while at work five different times last month. Wypcha has been charged with criminal mischief and violating Florida’s Anti-Tampering law.

As for the ice cream shop, Wypcha’s pee party caused $2,000 woth of damage and Lu Lu’s had to close down temporarily to dispose of all the equipment and food that had been tampered with, though they may as well just burn the store down and start from scratch. Sanitarily speaking, that’s probably the best move.

The poor innocents who run Lu Lu’s and found out that their store was being showered with boogers and pee took to Facebook to express their disbelief in a comment.

“We feel like we just woke up in the middle of a war that we didn’t even know was going on. This is pretty scary. I never wanted to be famous and certainly not like this!!! We just wanted to sell ice cream on the beach and make people happy.”

This is taking ice cream tampering to a new level. It’s once thing to lick ice cream in a grocery store and post it to social media for the likes and lawlz. Wanting to get attention is a motive that’s easy to understand. But secretly pissing in an ice cream shop’s ice cream machine? That’s what someone who has a hundred dismembered cats in their garage does. Yikes.