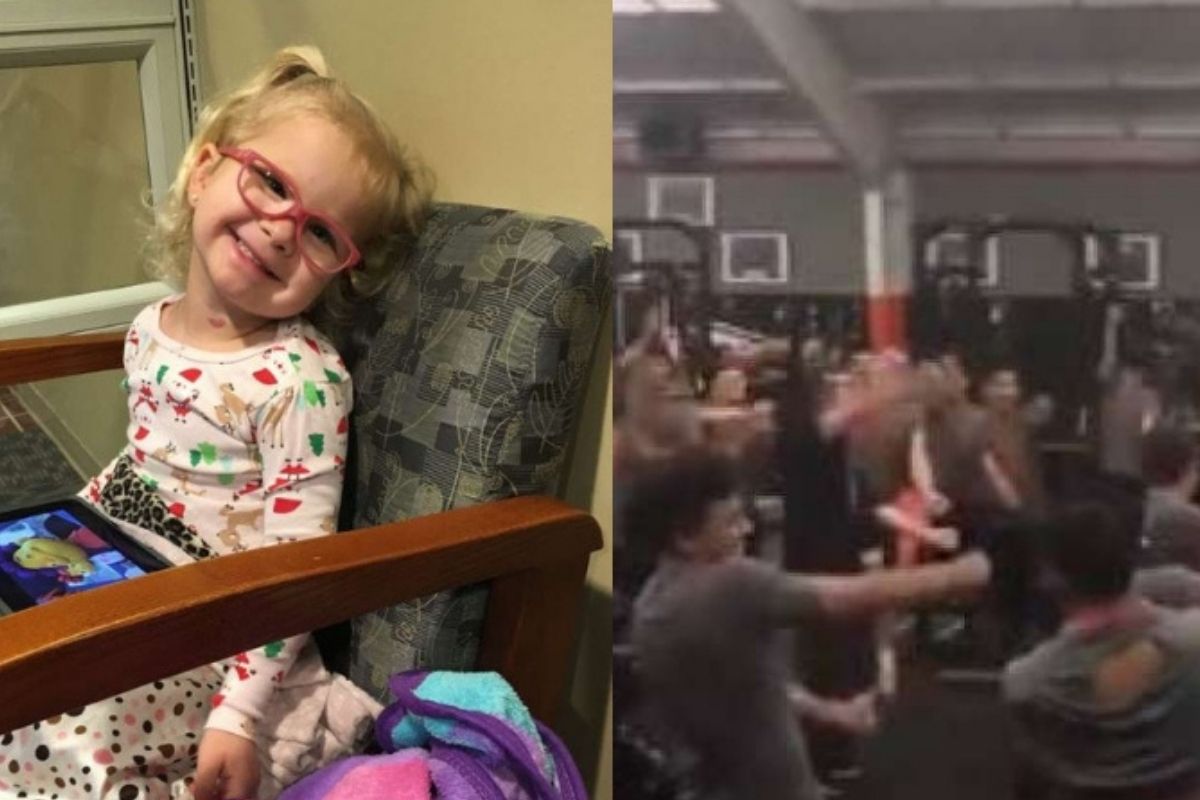 If you haven?t heard the now-viral song ?Baby Shark? I really don?t know what to tell you. It?s EVERYWHERE, and by everywhere I literally mean everywhere. Grocery stores, TV shows, radio stations, you name it! Which is why this Texas City High School football team decided to take advantage and dance to ?Baby Shark?, but for a special reason. The team decided to help out their number one fan: Coach Blake Ryder?s 3-year-old daughter.

Ryder’s daughter, Reese, had to undergo surgery for strabismus, an eye condition to fix what is sometimes referred to as a ?lazy eye.? Strabismus is most commonly described by the direction of the eye misalignment. Over time, it can affect the toddler’s vision, which is why doctors recommended surgery. To cheer his daughter up after surgery, he asked his football team to chip in and make a video singing along to her favorite song, ?Baby Shark?.

My coaches 3 y/o daughter went into surgery and her favorite song was the baby shark song so as a team we all danced to it to show her for good luck! This is what it’s about. Not the wins or losses but the lifelong relationships you make along the way. #MoreThanAGame #Family pic.twitter.com/PgtxqsF3h8

Little did he know, the video would go viral earning hundreds of thousands of viewers in a matter of days! Referring to the team as his other ?family?, the players all stepped in and learned the song and dance moves. The players all stated that as a team, they all stand for each other regardless of the circumstances and how silly a situation might be.

Corday William, a junior at Texas City High School and one of Ryder?s players, posted the video to Twitter the same day Reese went into surgery, gaining nearly 400,000 in three days! Thankfully, Reese?s surgery went well and is now in recovery. What was Reese?s response when seeing the video? According to her dad, she kept repeating, ?They love me!? Yes, they certainly do, Reese!

Never in my wildest dreams did I think baby shark would make me cry .. what an awesome show of support WTG yal !!! I'm sure she will cherish this in yrs to come along with your coach !!!! Praying for her!!

I?m not going to lie, this video made my heart hurt from the cuteness. Honestly, I think it’s great, it shows the value of teammates and friends supporting one another, despite the situation. Kuddo’s to the players, I admire you all.

Editor’s Notte: This article was originally published on December 18, 2018.