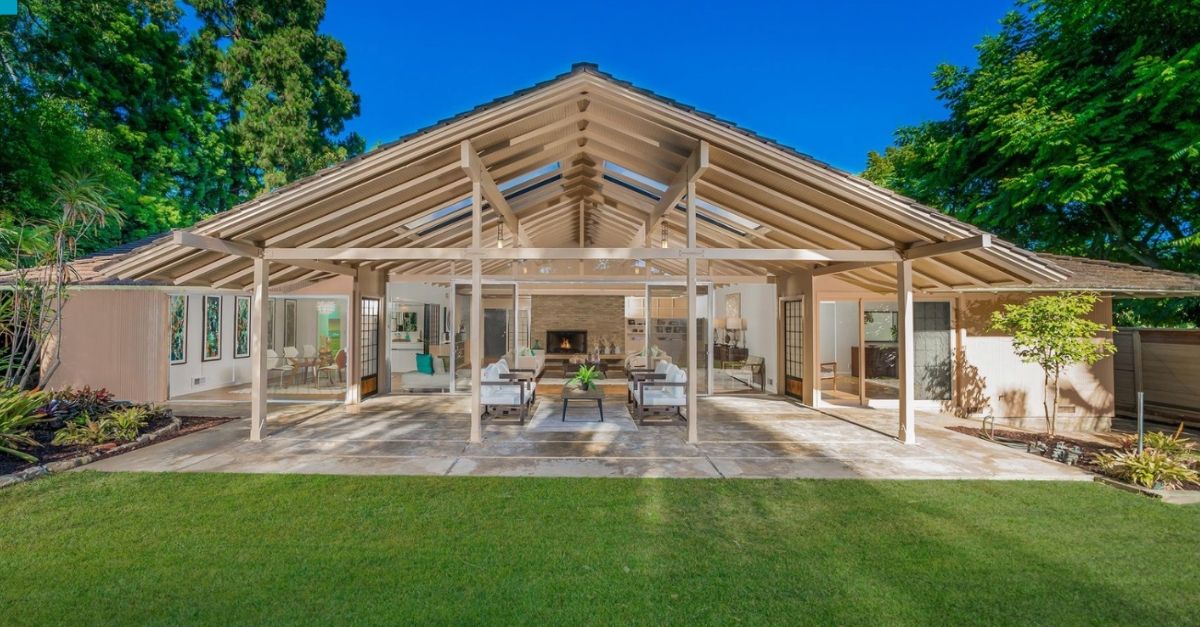 Calling all Golden Girls fans, you too can pretend to be one of the fantastic four by literally buying the house the show was filmed in! The 4-bedroom home in Los Angeles Brentwood neighborhood is currently for sale for a whopping $2.999 million. The 1950s era house was used for establishing exterior shots of the house which was shared by Dorothy, Blanche, Sophia, and Rose on the NBC sitcom throughout the first season. It was later replicated on a set backlot for the following seasons. The home is located in Los Angeles’ Brentwood neighborhood.

According to the original owner’s son, James C. Barry, his parents agreed to have their home featured on the series because of their passion for design and architecture. The house was initially used for the series due to its greenery, which gave the property an aesthetic that was more consistent with the show’s Miami setting.

The midcentury-modern home embraces what firm Douglas Elliman describes as “unique and timeless Japanese/Hawaiian style.” The house features natural light in from the sky-high windows, showcasing the high beam ceilings.. Unlike the show, there is no wicker furniture or pastel pink shades or hues to be seen. The house dates back to 1955 when lawyer David Barry III and his wife Margaret Carr Barry built it. The couple lived there until David’s death in 2017, two years before Margaret passed away. It’s now being sold by a trust.

At 65-year-old, the 2,901 square foot Golden Girls house includes four bedrooms and four bathrooms. The interior includes a kitchen with turquoise, yellow and avocado accents as well as a living room with a beamed ceiling and a fireplace. According to the real-estate listing, the home features clerestory windows, glass walks, sliding Shoji screens with built-ins that help divide the areas. The original oak hardwood floors are covered by carpet but are in pristine condition. The home also has natural materials such as grasscloth and stone.

The American sitcom series aired on NBC from September 14, 1985, to May 9, 1992, with a total of 180 episodes and spanned for seven seasons. The show starred Bea Arthur, Betty White, Rue McClanahan, and Estelle Getty.