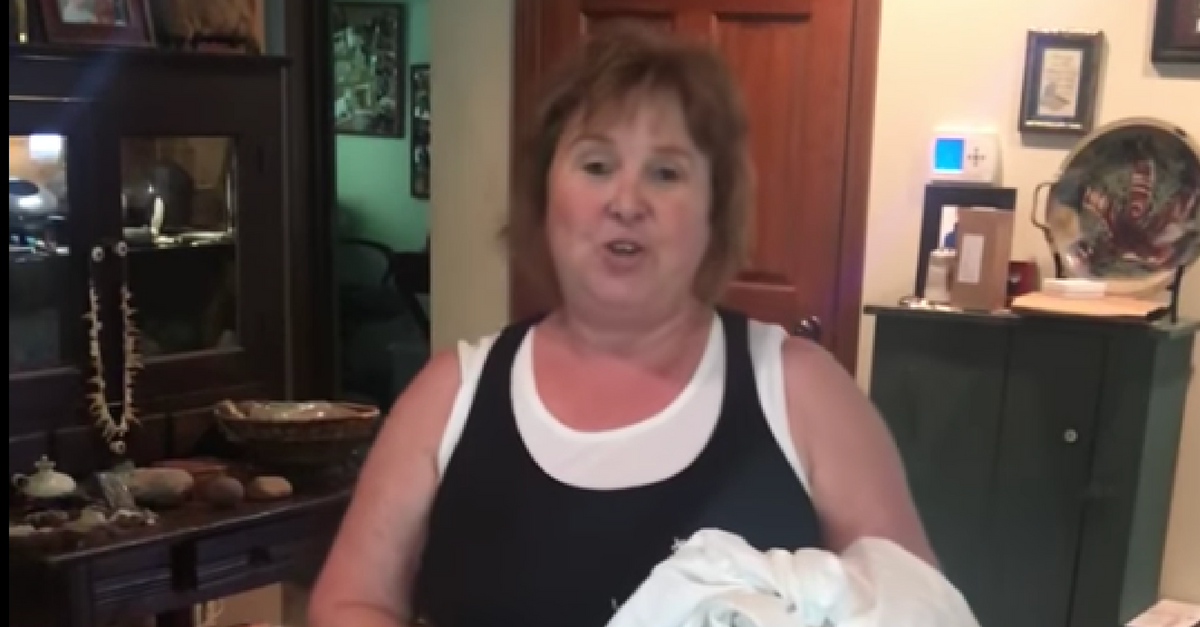 Flaying. Being drawn and quartered. Folding fitted sheets. Easily the three most horrendous forms of torture ever devised by human beings. But did you know, instead of getting so frustrated you’re driven to burn down your home and cleanse everything with fire, in order to start anew, that folding fitted sheets can actually be fun?

Though this may sound like the biggest, most easily disprovable lie ever told, it’s actually true! Folding fitted sheets doesn’t have to be so frustrating and torturous that you lose your grip on reality and are driven criminally insane. This video from Terri Estep Metz, who is, clearly, one of America’s most entertaining grandmas, proves as much.

That sheet folding was absolutely delightful. Can you imagine what baking cookies with this woman would be like? Get this lady on HGTV freakin’ yesterday. Terri titled this video, “Oh Sheet! It’s just that easy #toodaloo,” by the way. If there’s something not to love here, it’s hard to see what that would be.

Terri’s technique is pretty ingenious. How she discovered that making yourself into a human burrito was the best way to fold a sheet is anyone’s guess, but it works. You simply simultaneously put a hand or foot in each corner, roll over to one side, carefully slide out, and boom, that sadistically designed piece of cloth is ready to, quite literally, bend to your will. No longer will you question the existence of God, or scream unspeakable profanities at your spouse, partner, and/or children while trying to wrangle your bedcovers.

And, lest you think Terri is just a one-hit wonder, a further inspection of her YouTube channel pretty much confirms that she is always on, and always worth watching.