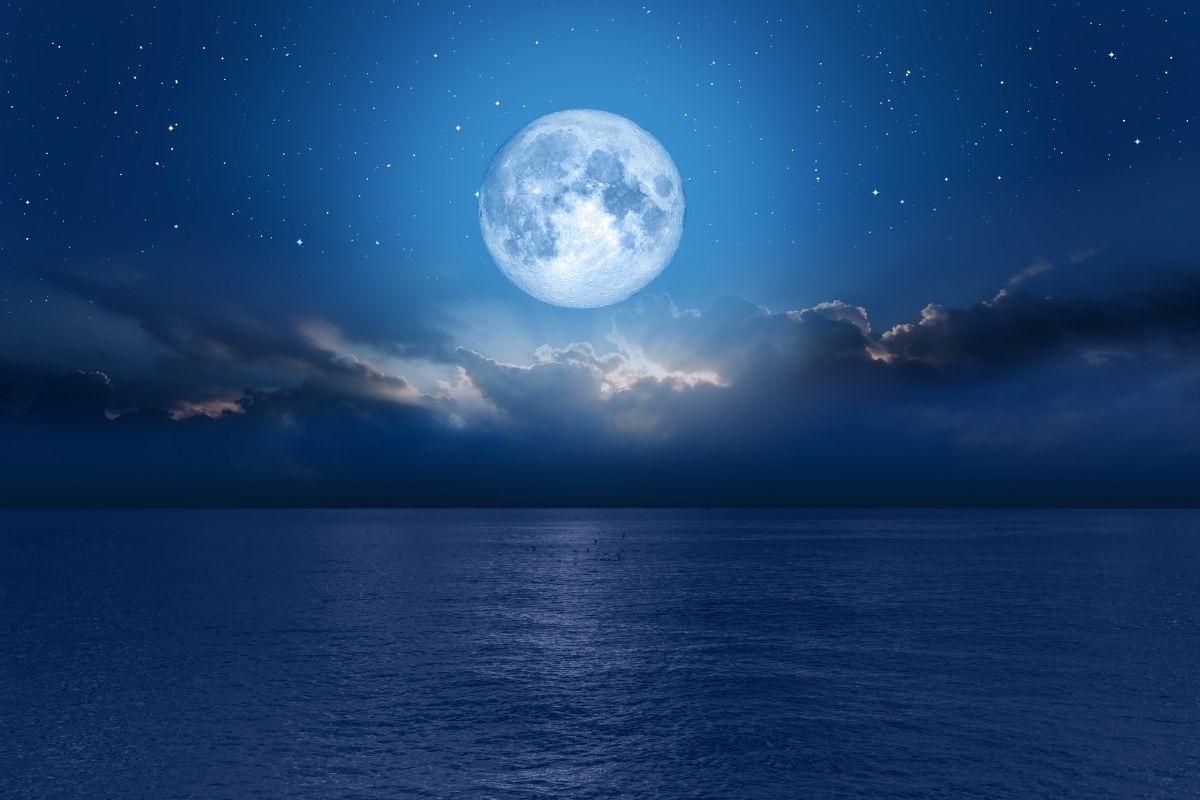 Halloween 2020 just got a little bit spookier ladies and gentlemen. Not only will we be experiencing a “harvest moon” on October 1st, but we will also be seeing a beautiful spooky night sky on Halloween night! The witches are really trying to make up for the horrible events that have been occurring during 2020. According to the Farmer’s Almanac, a full moon on Halloween only happens once in a blue moon approximately every 18 to 19 years. For this reason, when a full moon lands on October 31, astrology and Halloween lovers get pretty much excited. When the full moon is literally a blue moon, well, the excitement increases. Which means that Halloween is about to be one of the best holidays to celebrate.

What is a Blue Moon?

Although the name in itself might make you think you’re going to see an actual blue tinted moon, a blue moon is more about when it occurs than its actual appearance. Usually, full moons happen once a month, with a lunar cycle being 29 days long. Since most months are longer than 29 days, there is a slight chance that two full moons can happen in the same calendar month. So yes, when this happens, a rare blue moon occurs.

A rare blue moon will light up the night sky on Halloween.

While the moon won't actually look blue, the second full moon in one month is usually referred to as a blue moon. This happens every 2.5 to three years, or "once in a blue moon." https://t.co/bZQ8DGeNJa

What better way to celebrate spooky season than with a full moon. Time to get out those spells, and wish on a falling star. This year on the 31st we will see the first Halloween blue moon since 2001, so yes, you don’t want to miss it. After all, the next time you can expect to see the second full moon on Halloween is in 2039! The Blue Moon can also be known as Hunter’s moon, but if you want to become creative, you can call it the Hunter’s Blue Moon on Halloween.

So, how rare is a Halloween full moon? Well, Halloween, also known as All Hallows Eve occurs on October 31st and it is the only day of the week that changes from year to year. The origin of Halloween is traced back to Samhain, which was an ancient Celtic festival that was celebrated to mark the end of harvest time. It was also the end of their calendar year and the beginning of the new year. It is also said that the spirits of the dead wander around during this time in the moonlight. You will be able to see the Rare Halloween Blue Moon Saturday, October 31 with its peak illumination at 10:51 A.M. Eastern Time.

What's up in the night sky this month?

So, during this moon phase, the lunar disk goes black, so the night appears “moonless.” But, don’t worry, the Moon is there, it’s just not lit up by the sun due to its position in its orbit. The moon is said to be between 0 percent and 1 percent illumination on Halloween in 2024, depending on your certain timezone. The next first full moon after Halloween is November’s moon. It is traditionally known as Full Beaver Moon. According to the early colonists and Algonquin tribes, this was a time to set all the beaver traps they could before the swamps froze to ensure a nice amount of supplies of warm winter furs. The Full Beaver Moon will reach peak fullness in the morning hours of Monday, November 30th at 4:30 A.M. EST.

Watch: 2020 Farmer?s Almanac is Predicting a ?Polar Coaster? of a Winter Full of Wild Temperature Swings