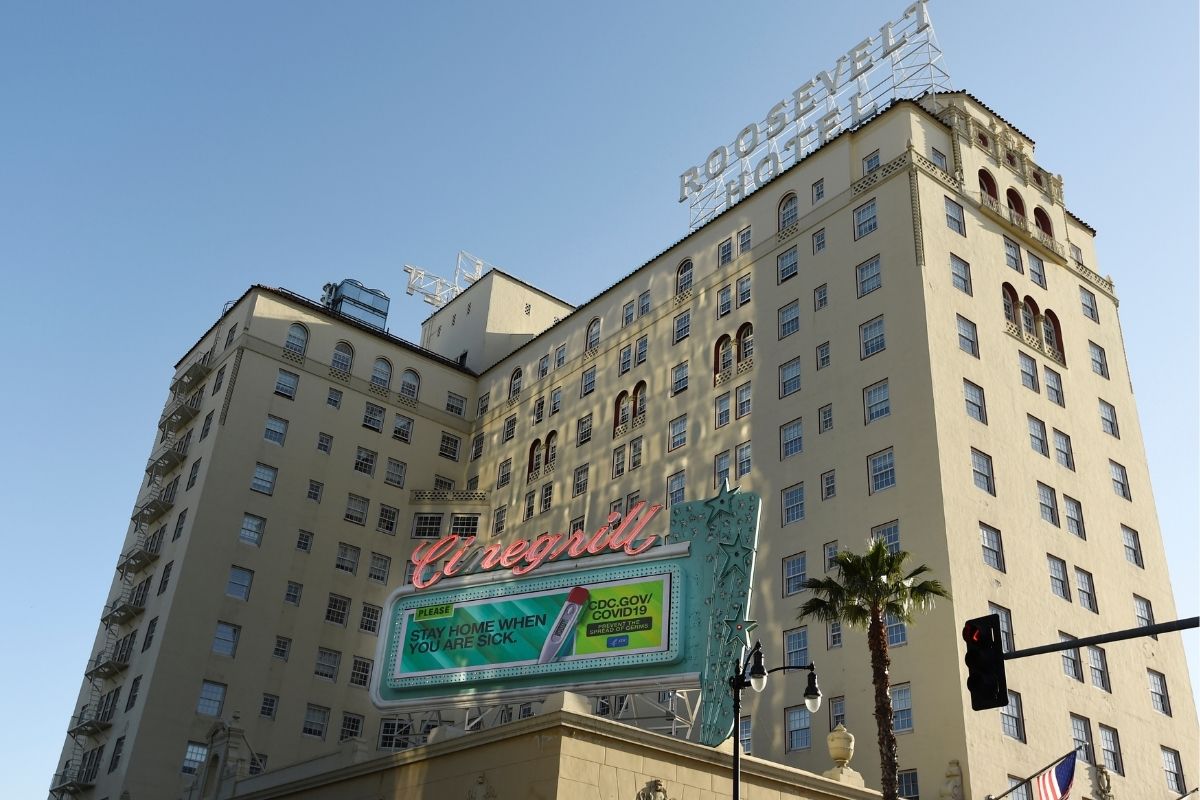 With summer coming up, you might be planning your next vacation somewhere different than suffer in the heat of a national park. Maybe you are interested in spicing up your next getaway with a stay at a cool, historic hotel. These historic hotels are often reported to be haunted and there are several interesting cases across the country. Whether you are the type who enjoys an occasional ghost tour or are looking for a spooky overnight experience, these places are for you! Maybe your next vacation will feature a night at one of America’s most haunted hotels!

It’s no secret that New Orleans is reported to be a hub for ghostly spirits. Many ghost stories take place in the magical city. Hotel Monteleon is more than just lore, this place seems to be the real deal! There are several sightings of a hotel maid that never left, as well as a toddler who is looking for his parents. Paranamoral researchers have had great success at the historic Hotel Monteleon. If you want to stay at a haunted hotel close to the French Quarter, this one is for you!

If you type the phrase haunted hotel into your search bar, The 1886 Crescent Hotel & Spa is often one of the first locations to appear. The beautiful historic property is home to a tragic tale. Be cautious if you are staying in guest room 218 where a man fell to his death in the 1880s during the construction of the hotel. His screams have been heard loudly by ghost hunters and unknowing hotel guests alike. This is a great place for a ghostly getaway.

California is home to several haunted hotels and I have been lucky enough to stay in a few! The Queen Mary is one I have personally stayed on. The 1930’s cruise liner is now docked in Long Beach and gives guests the idea of what it would be like to travel on one of these ships. While it hosted famous celebrities like Clark Gabel and political icons such as Winston Churchill, it has also been home to several accidents, including a split hull that few passengers survived. The most famous ghost resident is a young girl who haunts the now drained pool.

While Los Angeles may be recognized as the celebrity capital, New York City is not far behind. Hotel Chelsea is reportedly the home of several famous ghosts. Poet Dylan Thomas died of pneumonia in his room at the hotel, as did Nancy Spungen, the girlfriend of punk artist Sid Viscious, who was stabbed to death there. Unfortunately, this paranormal hotspot closed its doors for refurbishment and has yet to reopen.

A post shared by La Fonda On the Plaza (@lafondasantafe)

At La Fonda on the Plaza in 1867, the chief of justice of the Territorial Supreme Court, John P. Slough, was shot to death in the lobby. Slough is rumored to still walk the grounds of the hotel. Another ghost you may encounter is a man who once lost a game of cards and jumped into the hotel’s well. He is seen hanging out in a fountain. Beware of the faucets.

Hotel Del Coronado is a beautiful victorian beach resort located near San Diego, California. Maybe you recognize the building? It was the background for Marilyn Monroe’s hit film Some Like It Hot. Some think her spirit may still visit the hotel. Another ghost sighting there comes from the death of a young woman in 1892. After she took her own life in the hotel, guests have experienced flickering lights and temperature changes in the hotel’s rooms. So, keep your eye on those chandeliers if you visit this beautiful hotel!

A post shared by The Equinox Golf Resort & Spa (@equinoxresort)

If you are interested in presidents of the past, this hotel is a must-see for you! This was once a favorite hotel for the Lincoln family. Constructed in 1769, the Lincoln family were some of The Equinox’s most loyal patrons. They loved it so much, actually, that the ghost of Mary Todd Lincoln is rumored to call the hotel home to this day.

Northwest of Boston, Concord’s Colonial Inn was once a hospital during the Revolutionary War. If you are interested in encountering some ghosts of soldier’s past, check out room 424 on the fourth floor. This room was once the surgery station of the hospital, where you can imagine the horrible things that happened there. There are several paranormal hotspots in Massachusetts, but this one is reported to be especially active.

This is another haunted hotel I had the pleasure of staying at. The beautiful art deco hotel of the 1920s was the home of the first Academy Awards ceremony. Several famous spirits are rumored to walk the halls, including Montgomery Clift and Marilyn Monroe! There was once a mirror in a bathroom that saw so many Monroe ghosts sighting that they removed it from the property! When staying at the hotel, make sure you request a room on the 9th floor, the most haunted floor in the building!

You cannot make a list of the most haunted hotels in America without including the infamous Stanley Hotel. This is by far the most famous hotel on the list. The Stanley was the inspiration for Stephen King’s The Shining. There is so much paranormal activity that this hotel has become a tourist destination, especially during Halloween time. The hotel embraces its spirits, offering several ghost tours for hotel guests and those who would rather sleep at a not-so-haunted Hilton instead. The original owner, F.O Stanley, and his wife are often seen around the hotel grounds.

Watch: The Historic Ott Is One Of The Most Haunted Hotels In Texas