23andMe Makes Money off Your DNA Data, Here’s What You Need to Know 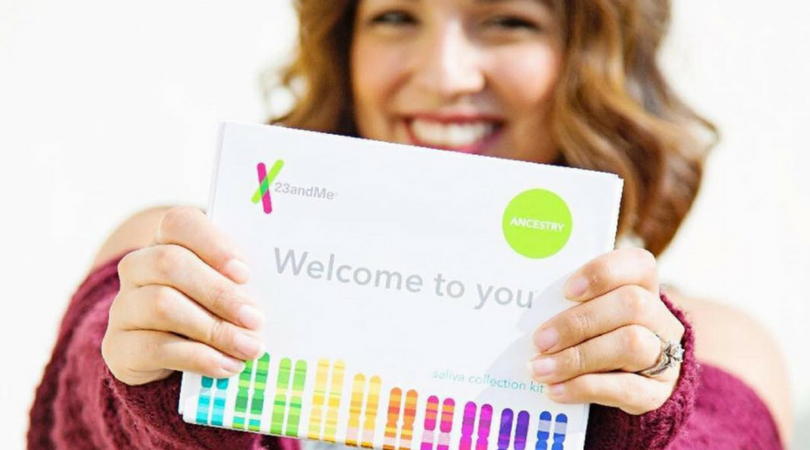 The topic of healthcare always has us walking on eggshells. As much as we hate it, it’s necessary and important to understand the reason behind it. Many of us have been in a situation where our prescription drugs cost more than what we expected, and there is nothing we can do about it. Well, there is good news for 23andME customers, after the DNA testing company announced it is en route to creating one of Big Pharma’s next blockbuster drugs. The genetic esteem company stated they are entering a partnership with pharmaceutical giant GlaxoSmithKline (GSK) in order to develop new therapies and drugs.

This collaboration allows GSK to peek at the voluntarily shared genetic data of millions of individuals who have taken 23andME DNA testing kits, providing saliva samples. This is the largest collaboration by 23andME yet, capitalizing it’s customer’s curiosity about the genetic makeup. According to NBC News, GSK invested $300 million and signed a four-year deal granting GSK exclusive rights to drugs developed with the help of 23andME data. The first projects are said to be based on the data involving a gene known to make people vulnerable to Parkinson’s’ Disease.

Through a statement, CEO and Cofounder Anne Wojcicki stated,

“By working with GSK, we believe we will accelerate the development of breakthroughs. Our genetic research—powered by millions of customers who have agreed to contribute—combined with GSK’s expertise in drug discovery and development, gives us the best chance for success.”

Learn more about 23andMe and our CEO Anne Wojcicki during “23 Minutes with Anne, LIVE!” premiering 8/14 on Facebook and Youtube! Submit your questions for Anne in the comments below and you might be featured! https://t.co/Lys7dfK0d0 pic.twitter.com/IEJ99pY4vI

23andMe typically shares its customers genetic data after being pooled together and stripped for information. Recently, the company also asked customers for added permission to share their individual genetic and self-reported data with outside sources for specific research. This is said to be stripped of information, too, preventing identification like your date of birth or name. In other words, you can easily opt-in or opt-out. Yet, 23andMe did warn that in the event of a breach in the company, it cannot guarantee 100 percent safety. Yikes! Everything comes with a price, friends.

The company said it will never intentionally share customers sensitive information, including genetic data with advertising or insurance companies, though it is selling off the forms of data, like survey results. In 2017, the company was approved by the Food and Drug Administration, also known as the FDA, to market tests that promised to inform customers of their genetic testing risks for up to 10 separate diseases and conditions. In March 2018, they also won approval from another test that can tell people about their first for breast cancer, based on the BRCA1 and BRCA2 gene.

This isn’t the first deal where the testing company agreed to that allowed other companies to use their, or better yet, your personal data for research. The company makes up to $199 when you buy one of their spit kids, sending in your DNA, but their business model has always depended on leveraging the data they amass as a result. The company has also made deals with Genentech and Pfizer.

What do you think? Are you up for sharing your DNA?