Maybe no animal has a wider range of emotions elicited than pigs. They can be impossibly adorable, gag-inducingly disgusting, and even downright terrifying. Though perhaps we should expect such a wide range of reactions elicited from the animal that gives us ham, pork, chicharrones, and bacon.

But people really only remember that pigs are sometimes cute and sometimes gross. (And always delicious.) What they tend to forget is that pigs also have the potential to be scary as hell. They eat people. Sort of. You see, when you want a dead body REAL good and gone, you toss it to some pigs. Skin and bones, internal organs, even clothes. They will eat all of it and crap it out into the mud. Nothing left. But poo. This has been portrayed in a couple different movies and TV shows.

So yeah. Pigs. Very scary. We probably shouldn’t turn them into zombies. But… we did. Some lunatics playing God at Yale reanimated a dead pig’s brain and from here it’s really only a matter of time before an army of undead pigs overwhelms humanity. A cross between Babe and The Walking Dead. It’s the fate our species deserves, honestly.

In the interest of not completely terrifying you, the actual pig didn’t get up and start walking around again, all hungry for brains. Scientists from the Yale School of Medicine successfully restored some functions to pig brains that had been dead for hours after being killed earlier at a U.S. Department of Agriculture slaughterhouse.

The researchers connected 32 pig brains to a system called BrainEx. The system is an “artificial perfusion system”, which means that it takes over the functions normally controlled by the brain and mimics blood flow throughout the organ. The researchers hooked up the pig brains — which were completely removed from the skulls — and BrainEx went to work. Then, boom, pig zombies. Kind of.

The researchers note that the findings could be the beginning of learning how to treat degenerative brain diseases and redefining how we define death. They do concede that there are ethical dilemmas to the experiment, for example, destroying humanity via pig zombie armies. 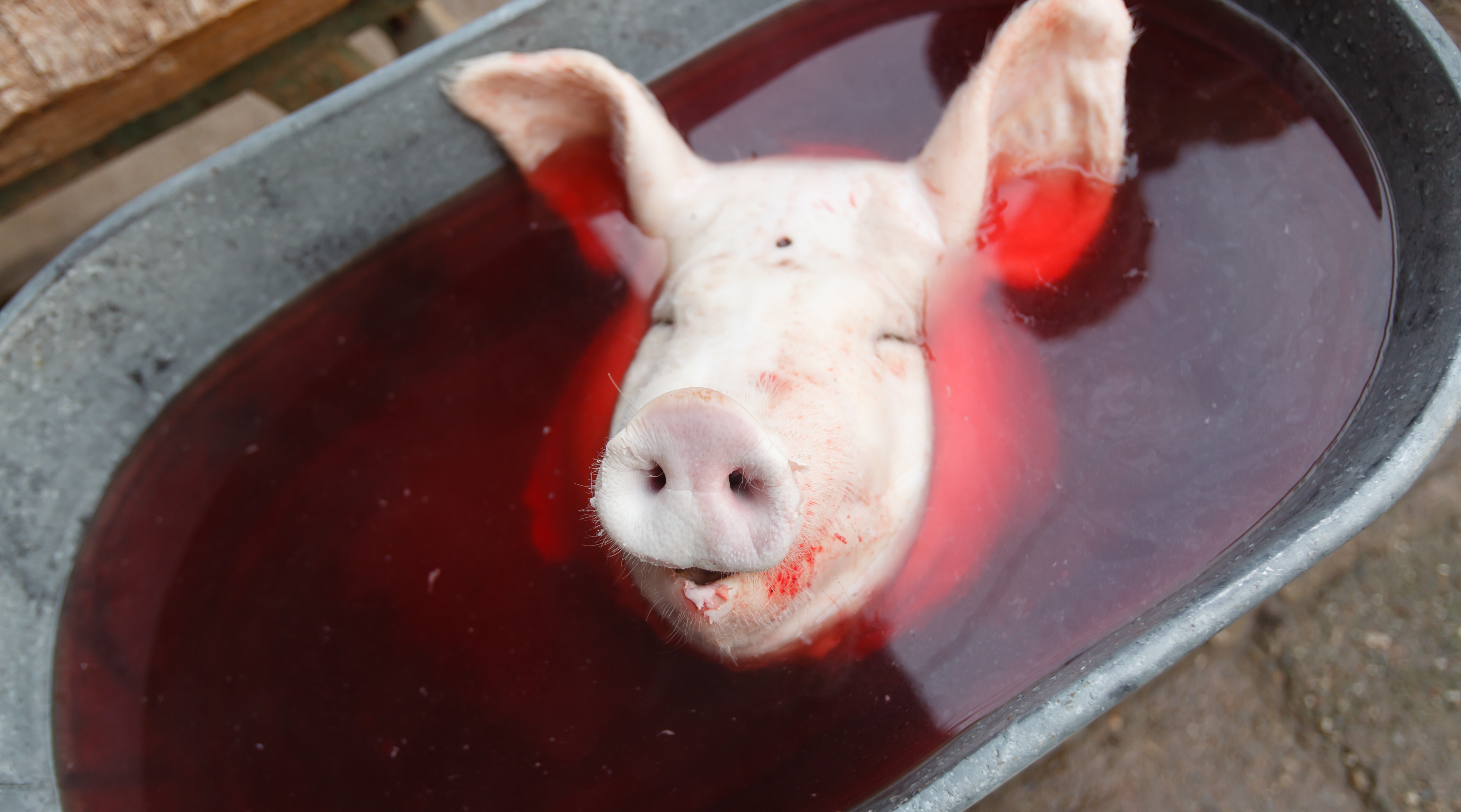